2 SIDES OF THE SARS COIN

Like that found in Yin and Yang, all things must be balanced in life, which rings true even for a competent revenue authority, as the South African Revenue Service (“SARS”) has demonstrated over the last fiscal period, with Commissioner Kieswetter stating that “we strive to balance the trade-off between taxpayer service and risk management”. 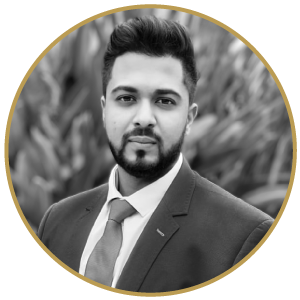 Not only has SARS’ collections over the last fiscal period, exceeded the budget estimate, but, accordingly to Kieswetter, SARS has also paid out a record high amount of refund, to deserving and compliant taxpayers, evidencing a balance being struck.

When it comes to non-compliance, SARS takes no prisoners, and has the full backing of the presidency, in its drive to stop tax evasion and other fraudulent activities related to the fiscus, with President Cyril Ramaphosa praising the revenue authority’s efforts in tackling tax dodgers and those benefitting from criminal proceeds.

The President further went on to offer his support in favour of Lifestyle Audits being conducted in instances where an individual’s lifestyle does not correlate with their revenue declaration. This aligns well with the discussion which took place in September last year, titled “The Promise of Lifestyle Audits”, as facilitated by Jerry Botha, Managing Partner at Tax Consulting South Africa.

It was then that the CEO of the South African Institute of Tax, noted that there are two types of lifestyle audits, being preventative and pro-active, which if given their ordinary meanings, are not dissimilar, but when contextualized, may be interpreted as one leading to compliance of the taxpayer, before any criminal offence is committed, and the other leading to sanctions post-commission of the offence.

In recent months we have certainly seen SARS making good on its word of increasingly focusing on non-compliance, including tax mistakes, which enable the prosecution of taxpayers for offences committed “wilfully and without just cause”. With reference to a lifestyle audit, this would go one step further, and should any non-declaration or under-declaration be discovered, it will most likely enter the realm of “intentional tax evasion”.

In a surprising turn of events, and with cognisance of SARS’ increased collections drive, the revenue authority has noted the highest amount of refunds, paid out to compliant taxpayers, in the last 25 years.

Refunds on Value-Added Tax lead the pack, with approximately R262.4 billion paid out to taxpayers, with Personal Income Tax and Corporate Income Tax, making up only around R51 billion, cumulatively.

This, after SARS has been driving hard on voluntary compliance, and a strategic objective of ensuring efficiency and professionalism to all taxpayers seeking voluntary compliance, a sphere of SARS’ operations, where the revenue authority is evidently, primed to assist the distressed taxpayer, while balancing the risk to the fiscus.

For the compliant taxpayer, SARS has evidenced their ability to provide efficient taxpayer service, however, when it comes to even a trace of non-compliance, the revenue authority has taken a firm, no-nonsense stance, with little to no lenience shown.

Taxpayers wishing to rectify historical non-compliance by means of voluntarily approaching SARS, either to disclose previously undisclosed information, or settle their outstanding debts to the revenue authority, in an attempt to ensure both current and future compliance, do have access to various solutions, from a legal standpoint.

The Compromise of Tax Debt is one such solution, and is aimed at aiding taxpayers, both individual and corporate, to reduce their tax liability by means of a Compromise Agreement (“the Agreement”), which is entered into with SARS.

The result of entering into the Agreement, is having your tax liability greatly reduced, to an amount which is affordable to the taxpayer, granting a much-needed reprieve and aiding the taxpayer on the road to recovery.

The Best Strategy to Remedying Non-Compliance

In order to protect yourself from possible jail-time, it remains the best strategy that you always ensure compliance.

Where you find yourself on the wrong side of SARS, there is a first mover advantage in seeking the appropriate tax advisory, ensuring the necessary steps are taken to protect both yourself and your family, from paying for the sins of your luxurious lifestyle, or rectifying what could be chalked down to a simple human error. However, where things do go wrong, SARS must be engaged legally, and we generally find them utmost agreeable where a correct tax strategy is followed.

As a rule of thumb, any and all correspondence received from SARS should be immediately addressed, by a qualified tax specialist or tax attorney, which will not only serve to safeguard the taxpayer against SARS implementing collection measures, but also being specialists in their own right, the taxpayer will be correctly advised on the most appropriate solution to ensure their compliance sits on the right side of the SARS coin.