Have you received a letter of demand from SARS, but are not in agreement with the assessment? Perhaps you simply cannot pay a large tax debt owed to SARS within the prescribed period? If you are in this position, it is important to know your legal rights as a taxpayer and the steps available to you to suspend or defer the payment of tax debt owed or the option to enter into a compromise.

Have you received a letter of demand from SARS, but are not in agreement with the assessment?

To prevent SARS from taking any of the aforementioned collection steps, it is imperative that a tax specialist be engaged to prepare a Request for Suspension of Payment as soon as possible. A request for suspension of payment is a request made to SARS that a tax debt temporarily be suspended, pending the outcome of a dispute.

In the event that SARS does proceed with collection steps against the taxpayer within that period, it is essential that the taxpayer be aware of the legal avenues available to him.

Do you feel as if you are turning the corner in terms of economic recovery in these tough times but simply cannot pay a large tax debt owed to SARS within the prescribed period? Why not take a short payment holiday!

A deferral of payment could be exactly what you need to allow your finances some much needed recovery time. If you are owing a large tax debt it is better to act swiftly. Where SARS is approached correctly, a tax debt can be paid off through a formal payment arrangement known as a deferral, whereby you can either settle your entire tax debt at a later stage, or even pay it in installments over an agreed time period.

There are numerous debt relief mechanisms available from SARS, with the most cost efficient of them all, being a Compromise of Tax Debt application (“the Compromise”), which is aimed at aiding taxpayers to reduce their tax liability by means of a Compromise Agreement (“the Agreement”) and helping to keep the cash constrained taxpayer afloat until some financial reprieve is in sight.

Where SARS is approached correctly, a tax debt can be reduced, and the balance paid off in terms of the Compromise, allowing some much-needed breathing room, and helping taxpayers all over the country to become tax compliant.

The effect of entering into a Compromise, greatly reduces the tax liability to an affordable amount while granting a much-needed reprieve, and so aids taxpayers on the road to financial recovery.

Once the Compromise is accepted by SARS, and the agreement duly executed, with payment being made as proposed by the taxpayer, the balance of the liability due to SARS is written-off by the revenue authority. 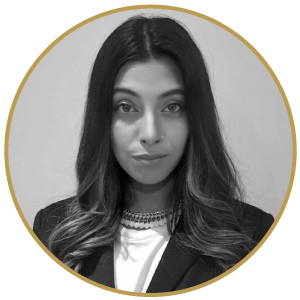 GET IN CONTACT WITH OUR TEAM OF EXPERTS TODAY!

Complete the fields below and we’ll be in touch