CHANGE COMING IN MARCH COULD HAVE A MAJOR IMPACT ON SOUTH AFRICA’S TAX BASE: ANALYST

The financial emigration law amendment that comes into effect on 1 March could cause a mass exodus of South Africa’s tax base, says Professor Jannie Rossouw, head of Wits Business School.

In an interview with the Citizen, Rossouw said it will primarily be young, skilled people who already work remotely for international companies who will emigrate.

“They will just move to a new place and continue their work, which means that they will not leave a vacancy behind that needs to be filled,” he said.

He added that the amendment is a way to keep pensioners’ savings in the country and is against the spirit of removing exchange control.

Currently, members of retirement funds can immediately access their funds in a preservation or retirement annuity fund when they emigrate from South Africa, if such emigration is recognised by the SARB.

In terms of the latest Taxation Laws Amendment Bill, from 1 March 2021, withdrawal will only be permitted if the member can prove they have been non-resident for tax purposes for an uninterrupted period of three years.

Importantly, for those who plan on leaving in the near future, in terms of National Treasury’s response to public comments on the amendment, members will be allowed to withdraw their funds under the current dispensation if they file a complete application before 1 March 2021.

Other analysts have warned that the National Treasury will have to perform a delicate balancing act as more taxpayers continue to leave the country.

However, Nazrien Kader, group head of tax at Old Mutual, said that Finance minister Tito Mboweni is not oblivious to the sentiments that any tax increases will not be tolerated in the current landscape.

“The perception is that the pool of individual tax payers is permanently shrinking with the uptick in emigration and exodus of professionals seeking greener pastures.”

“For those left behind, with the number of retrenchments, shutting down of small businesses and salary cuts (never mind the lack of bonuses) being consequential damages of the pandemic, the expected dip in individual tax collections is real.

There is little appetite for increased taxes or – even the touted ‘once off’ tax – when there is so much scope for government to act, Kader said.

This includes things such as cost-containment measures, reigning in spending, and using the resources at its disposal to enforce good governance at SOEs.

Government also has scope to bring to book not just those who enrich themselves at the expense of the state, but those too who authorise wasteful expenditure, commit the ‘white collar’ crimes, and turn a blind eye to mismanagement under their watch.

“This might be easier said than done, given that labour unions are agitating for a higher than inflation increase in the wage bill this year, due to the cancellation of the 2020 increase; the additional cost to the state of the Covid-19 pandemic; SOEs continuing to hold out for further bailouts; and the drive for the R350 ‘Covid grant’, to become a permanent feature of the national budget,” she said 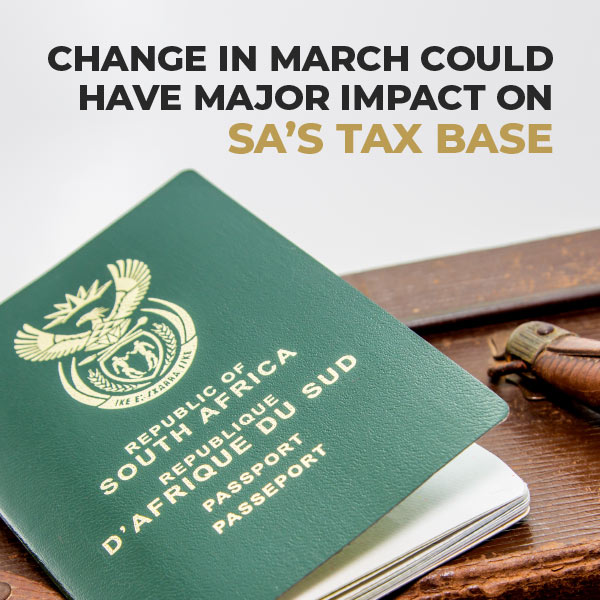