GENERAL COMMENTARY ON THE BUDGET SPEECH 2022

The 2022 Budget Speech was delivered by stern talking Finance Minister, Enoch Godongwana, who lamented South Africa’s more than a decade of stagnated economic growth while simultaneously acknowledging and praising the projected collection of R1,55 trillion in tax revenue for 2021/22.

The tax proposals presented by the Minister follow a theme of ‘broadening the tax base’, a message consistent with government’s focus on economic recovery. In this spirit, there will be no increases to income tax or value-added tax for 2022/23. In contrast, the Minister has afforded a degree of relief to individual taxpayers with a 4,5% adjustment in the personal income tax brackets and rebates to match inflation. For the first time since 1990, the Minister has also elected not to increase the general fuel levy and RAF levy.

In a move to boost youth employment, the Minister has proposed an expansion of the popular Employment Tax Incentive by means of a 50% increase in the maximum monthly allowed amount effective 1 March 2022.

From a corporate tax perspective, and following a commitment made in 2020 and reaffirmed in the 2021 Budget Speech, National Treasury has reduced the corporate tax rate by 1% (one percent), with the new rate of 27% applicable from 1 April 2022.  This announcement by the Minister also triggers the proposed limitation of assessed losses that may be carried forward to the higher of R1 million or 80% of the taxable income of the company, which will take effect at the same time.

Taxpayers emigrating from South Africa and ceasing tax residency were not spared from this year’s Budget Speech. In the last fiscal year, National Treasury sought to impose a tax on retirement interests upon the cessation of residency by taxpayers; however, this proposal was withdrawn due to it conflicting with South Africa’s tax treaty obligations. In commitment to the cause, the Minister has confirmed that a process of renegotiation will take place from this year to eventually enable the implementation of this proposal.

Another important theme of the Budget Speech was comments made in respect of high-wealth individuals. While there was no reference to the imposition of a wealth tax, the Minister sought fit to make note that the dedicated new SARS unit focused on high‐wealth individuals is taking shape and we can expect much more to come from this unit. A key announcement in the Budget Speech is the introduction of additional compliance measures in respect of wealthy taxpayers. Specifically, to assist with the detection of non-compliance or fraud through the existence of unexplained wealth, it has been proposed that all provisional taxpayers with assets valued in excess of R50 million will be required to declare specified assets and liabilities at market value in their 2023 tax returns.

Other noteworthy announcements include the increase in excise or “sin” taxes (despite extensive lobbying by market stakeholders) by between 4,5% – 6,5% for alcoholic beverages and between 5,5% – 6,5% for tobacco products. 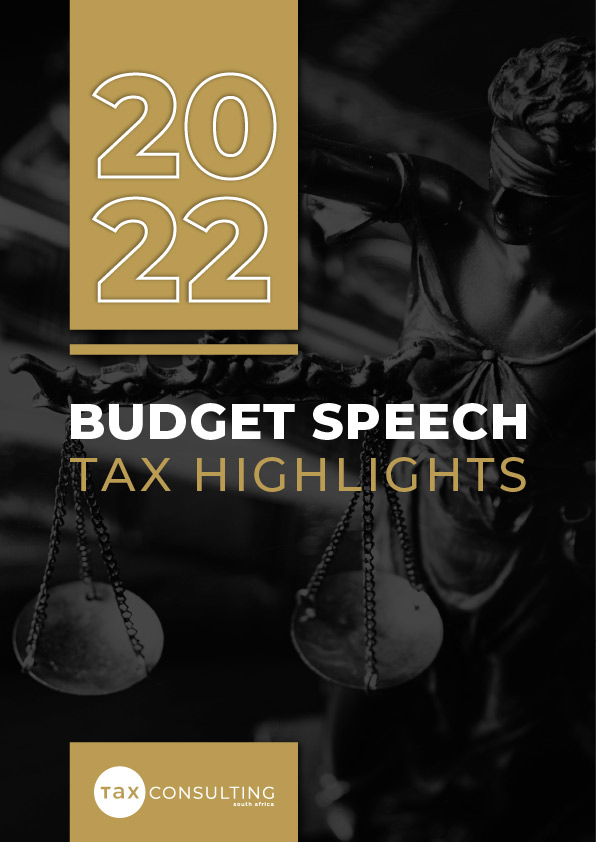