VENTURE CAPITAL COMPANIES HAVE ANOTHER 18 MONTHS TO DEMONSTRATE THE
VALIDITY OF THEIR VIEWS TO SARS, WRITES PEDRO VAN GAALEN

The Section 12J Venture Capital Company (VCC) sector is fast approaching its moment of reckoning, as a sunset clause comes into effect in June 2021.

“According to the SA Revenue Service’s (Sars’s) External Guide’ on VCCs, the purpose of this clause is to ‘allow a review of the effectiveness of the VCC regime’.

It says: ‘a decision will be made as to whether it should be continued’,” explains Natasha Wilkinson, Tax Attorney at Tax Consulting SA.

The industry is already lobbying the National Treasury to state its case and prove its impact and effectiveness.

Chris Derksen, partner at 12Cape. says: “The objective (of the VCC regime) was to provide incentives, via an initial tax benefit, for the use of a regulated channel to direct capital directly from retail investors to small and medium-sized enterprises in order to catalyse employment and economic activity in the short term, and boost the fiscus in the medium term.”

There are concerns, though, including a significant difference between capital raised and deployed.

According to figures from Sars, at February 28 2019 the total amount invested into VCCs was R8.3bn but only R3.7bn was invested in qualifying companies.

A failure to deploy this surplus capital before 2021 could hurt the industry’s case for a sunset clause extension.

“Nondeployment is often overlooked by investors who plan to invest in a Section 12J VCC, but it’s [a vital issue] because failure to deploy historic capital will, in most instances, result in lower returns and require longer investment periods to realise investment objectives,” says Jonty Sacks from Jaltech.

An independent Jaltech industry survey has revealed that of the roughly 173 Section 12Js registered with Sars, more than 50 were inactive.

“Most active funds operate according to the mandate of Section 12J tax legislation, but a small proportion are jeopardising an effective funding model for qualifying small businesses and a beneficial investment for investors by continuing to raise new capital (while) failing to invest their original capital,” adds Sacks.

“This cannibalises capital for VCCs that work to generate pre-capital raising pipelines to deploy funds efficiently and effectively.

We have also noticed that cash-heavy VCCs are in some cases reporting poor returns to investors and reducing NAVs due to a ‘cash drag’.” Derksen says securing a pipeline in advance is effective.

“This approach might be harder to implement but it should not be a hindrance to investment given the attractive tax benefit.”

“VCCs are struggling to find investable qualifying companies that balance risk and returns with the Treasury’s mandate due to the tough economic climate.

He adds: “To mitigate some risk, many funds are investing in companies backed by property assets, such as hotels and student accommodation.”

Percy Ying from Nesa Capital says a low-growth environment can be challenging for generalist Sector 12Js and those that focus on cyclical industries.

“But there are more insular and defensive sectors, such as IT, agriculture and renewables that offer attractive prospects and investment returns, while asset-backed investments offer investors income yields in addition to the tax deduction.”

The industry was also stagnant until 2015, before the Treasury amended legislation to stimulate capital raising.

Zuccollo elaborates: “It was only in 2018 that the sector experienced a major surge in inflows.

While VCCs have 48 months to deploy 80% of the capital raised, most capital was raised only in the past 12 months, which accounts for some of the current disparity with deployments.

The industry has formed the 12J Association of SA to articulate these points and engage the Treasury and parliament regarding the sector’s success and a potential extension of the incentive beyond June 2021. The industry body has commissioned PwC to conduct an impact report based on an industry survey.

“Once completed, the report will show how many direct and indirect jobs it created to date to quantify its total impact. Initial modelling figures suggest that the sector has created about 18,000 jobs from the capital raised.

The report will also highlight that benefits exceed the loss in tax revenue to the fiscus,” explains Zuccollo, who chairs the association.

The sector has 18 months to demonstrate its true potential for impact. It comes at a time when SA desperately needs an economic shot in the arm. 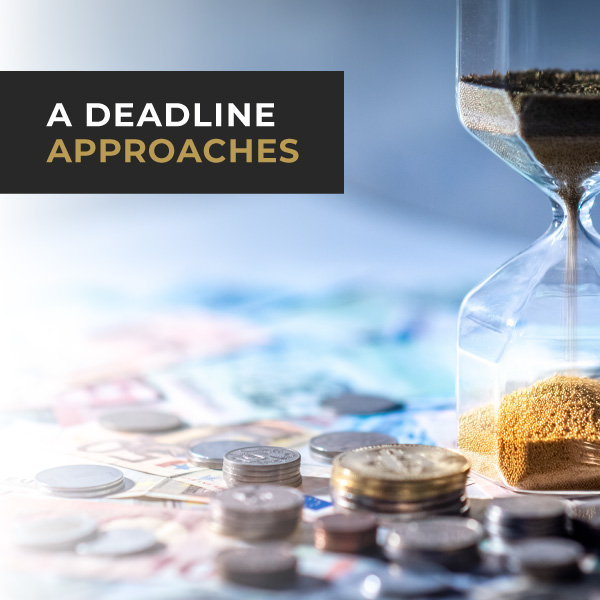 NEWS | KNOW WHEN YOUR TAX PRACTITIONER IS WORKING FOR SARS

NEWS | NEW TAX LEGISLATION – NO REPRIEVE FOR ORDINARY TAXPAYERS
Visit the Government Portal for the latest updates on COVID-19.
+
Scroll to top