AN EVER-WIDENING TAX NET – NO REPRIEVE FOR EMIGRATING SOUTH AFRICANS

In 2017, the battle against government’s proposal to amend well established legislation, which provided South African residents living and working abroad an exemption from taxation on their foreign employment income reached a conclusion. Tax Consulting SA and Barry Pretorius of the South African Expatriate Petition Group spearheaded the fight against the proposed amendment, which at the time would have completely removed the exemption altogether. Taking expatriates’ plight all the way to the steps of Parliament, the outcome was that government would amend the legislation to allow for an exemption of R1 million – now R1.25mil, from 1 March 2020.

However, this was not enough as government now intends to make it more difficult for South Africans leaving SA to access their retirement funding.

In February 2020, the Budget Speech made mention of phasing out the exchange control measures in the financial emigration process and replacing them with a more stringent verification process, among other tax related processes from 1 March 2021. The established process of financial emigration, which successfully exits South Africans from the tax net, when done correctly and with truthful submissions, was perhaps working too well.

The outflow of South African tax residents using this process was only increasing, and thus eroding the SA tax base. Government’s solution – change a working process and replace it with something more stringent and complex.

At this point, we were yet to see exactly what this new process would entail, but what materialised was rather unexpected.

At the end of July 2020, the Draft Taxation Laws Amendment Bill was released. In this was a surprise proposal, that of a three-year lock-in of retirement funding when leaving SA. Traditionally, when one has financially emigrated, this gave the taxpayer the immediate option to withdraw their retirement savings such as a retirement annuity. The proposal to change the legislation means that one would now first have to prove non-resident tax status for three consecutive years, before this would be allowed – a sure fire way to lock-in South African’s from taking their funds elsewhere.

Of course, such a proposal cannot be accepted at face value, with the uncertainty of government attempting to regulate one’s funds even more.

Don’t Talk the Talk, if You Don’t Walk the Walk

Since publication of the draft tax Bills in July, we are a couple of steps further in the legislative process. National Treasury has received written public comments, which were followed by public workshops. On 7 October, the fight again reached Parliament, where Tax Consulting SA, in the absence of other tax firms, made oral submissions to the Standing Committee on Finance.

The oral submissions by Tax Consulting SA inlcuded, in summary:

Will government listen this time round?

Although Tax Consulting SA and the Expat Petition Group’s efforts resulted in a significant concession for expatriates, government did not take our warnings around the amendment to the foreign employment exemption seriously, which resulted in a surge of South Africans cutting their ties with the country.

National Treasury is set to provide feedback to stakeholders during the course of the week starting 12 October 2020, where they will issue a formal response document to the submissions made. At this point, we should know the lay of the land and if government will heed the lessons from the past. 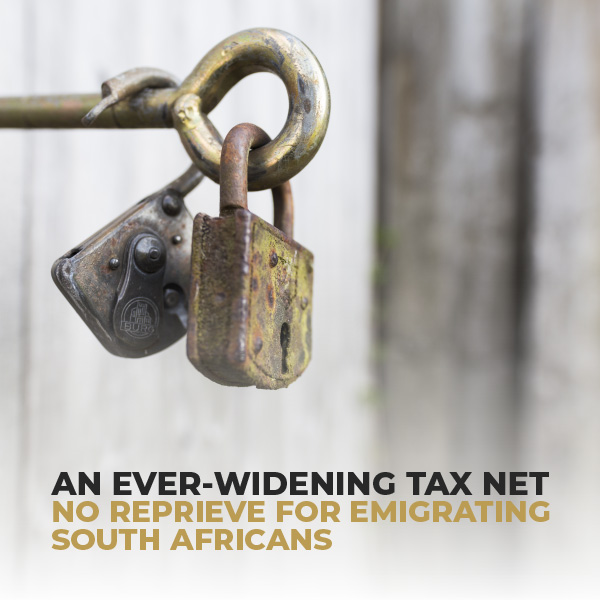