AN IMPORTANT DATE WITH THE TAXMAN IS AROUND THE CORNER

The February payment is the most crucial for provisional taxpayers – and don’t assume that you aren’t one.

Taxpayers who earn additional income such as rental, trade or interest income have an important date with the taxman at the end of February.

It is the time when they have to submit their provisional tax return and make the final payment for the 2020 tax year.

Taxpayers have often been warned that the late submission of returns and getting the estimated income for the tax calculation wrong can become quite expensive.

Provisional tax is a method of paying one’s income tax liability in advance. It requires the taxpayer to pay two amounts in advance (August and February), which are based on the estimated taxable income for the year.

The February payment is the most crucial, says Marc Sevitz, co-founder and director of TaxTim, an online tool that assists taxpayers.

He says the problem is that people do not have all the relevant information and documentation yet – such as certificates from their financial institutions for interest or dividend income, or employee tax (IRP5 certificate) to show the amount of income they have earned and the tax that has already been withheld.

A shoebox will do

“The best thing to do is to keep records, whether it is a shoebox or spreadsheet, logbooks or applications that assist with tracking expenses.”

Sevitz advises provisional taxpayers to spend some time at the end of each month to get all their documents in place to avoid a scramble in January.

By the end of January, most provisional taxpayers should know how much they have earned and what their expenses have been, and then “roll it forward” for a month until the end of February.

The first year someone earns rental, interest or dividend income that is not considered salary income, Sars will pick it up and automatically register them as provisional taxpayers.

“If you do not check your own profile [on the Sars eFiling system] or you do not have an advisor, you can miss the notification that you have been registered and that you now have a provisional tax obligation,” warns Britz.

A mistake some people make is to assume that they do not have to file a return or pay provisional tax on their rental profits or other income because it was not “that much”.

If you have declared additional income on your tax return it triggers the system to recognise it as non-salary income and you will receive a penalty for failure to file a provisional tax return.

Sevitz says people who fail to file a provisional tax return will be subjected to a penalty of 10% of the tax due. Sars may be lenient if it was the first time they were supposed to file and they were unaware, but generally the penalty is not reversed.

He advises people to make sure that payments are made before noon on the final day of payment, because if the money is not reflected in Sars’s account on the due date, it will start levying interest on the amount due.

“That is why the February return and payment is the worse one to get wrong. The systems are set up for provisional tax and if you get it wrong it can be very expensive. There have to be very compelling reasons for submitting or paying late.”

Don’t let your side hustle blind side you

Sevitz says he has recently picked up that an increasing number of people have a full-time job as well as a “side hustle” – and since tax is not automatically withheld on income obtained from the latter, they may fail to make provision for it.

He points out that all their income is added together to calculate their total tax liability, and when it comes to paying provisional tax they need to have provided sufficiently for it.

“It is very important that when people keep records that they also think about their other earnings and add it together to know how much to keep aside for the February payment,” he says.

Keith Engel, CEO of the South African Institute of Tax Professionals, agrees that taxpayers with side jobs, rentals or other additional income face real risks in terms of their tax affairs.

“Records are extremely important, especially in terms of claiming deductions – with invoices preferred over bank statements,” he says.

“Income arising outside of payroll can quickly become an unwelcome surprise if not accounted for as part of provisional tax.”

Engel recommends the use of a tax practitioner to prepare these returns in the format desired by Sars. “Poor records and confusing returns prepared by taxpayers themselves often lead to trouble.”

Britz says provisional taxpayers need to evidence every rand of income they have earned and every rand of expense they have incurred. This evidence includes invoices sent and received, tax certificates from financial institutions for any interest or dividend income, tax certificates for retirement annuity and pension fund contributions, as well as medical aid scheme contributions during the tax period.

It is crucial to keep evidence of expenses as well as proof of payment, he says. “Bank statements are definitive proof of what you have paid and what you have received.” 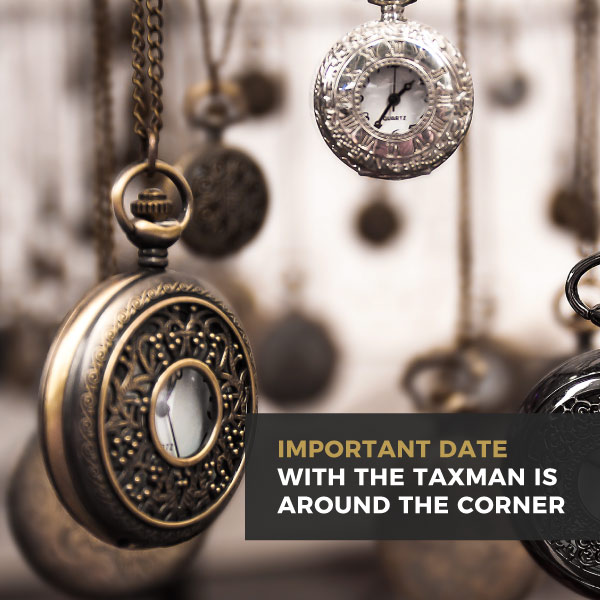 NEWS | I WOULD LIKE TO EMIGRATE USING MY PROVIDENT FUND. HOW MUCH WILL I BE...