BE READY FOR SARS’ KNOCK ON YOUR DOOR

The tough economic playground in South Africa has seen struggling business owners scraping their last pennies together to keep their businesses afloat for a number of years now. Out of sheer desperation and due to stretched cash flow problems, some business owners have been faced with the decision of rather paying their employees’ salaries than paying the tax man his pound of flesh.

“Desperate times calls for desperate measures” – a concept not receiving much empathy from SARS’ collection process. The demand for what is due to SARS will often result in closing the doors of the same businesses determined to contribute to the stagnating and struggling economy. With these businesses closing, the economy struggles further.

With Kieswetter as the new sheriff in town, one could expect a firm and aggressive stance from SARS in making up the shortfalls under the previous administration. It is only logical that he will target low hanging fruit and corporate income taxes and non-compliant businesses will be at the top of his list.

Going into a tax tailspin

One such business is that of hip-hop star, Cassper Nyovest, whose company is facing a grave encounter with SARS for owing millions in unpaid corporate income tax.

Once in this situation, companies such as Cassper’s will not only be faced with legal action but also have to face the full arsenal of SARS’ collection powers, including having their assets attached and sold under a warrant of execution to cover the amount of tax owed. Kicking the man while he is down so to speak.

As tax problems find their way of escalating if not properly dealt with, not much can be done once the SARS collection process has commenced, which often results in the suffocation of businesses.

Taking a few steps back

Business owners such as Cassper could have prevented their tax affairs from spinning out of control and ending up with SARS having to flex their collection mandate. There is no reason for business owners having endless sleepless nights, stressing about their historic non-compliance, as there are certain measures provided by the same revenue authority to rectify non-compliance before it is too late.

What Cassper should have done, is not to sit back and wait for SARS to come knocking, but rather to take proactive steps in rectifying his company’s non-compliance.

Prevention is better than cure

Some lucky businesses owners that made it through the tough economic times and risen to their feet again are in a fortunate position of settling their tax affairs before experiencing the full might of SARS.

This can be done by teaming up with a tax attorney who is well versed with the SARS voluntary disclosure programme (“VDP”). The VDP will ensure rectification of historic non-compliance and business owner that have successfully completed the VDP can benefit for remittance of up to 200% of penalties and full amnesty from criminal prosecution.

However, it must be stressed that a VDP application is no simple task and should not be undertaken without the necessary care and skill. What effectively amounts to a mini audit, can result in a door being opened for our new Commissioner if not handled correctly. 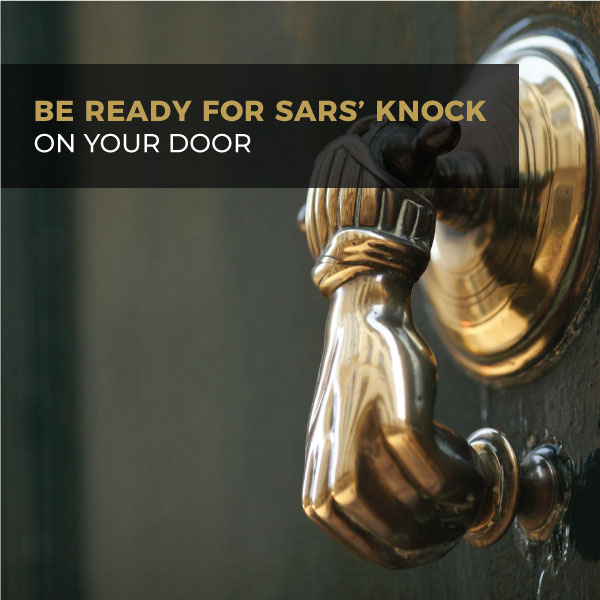