DON’T MISS OUT ON YOUR TAX RETURN

Taxpayers earning less than R500 000 per annum from one employer in a single tax year are not required by SARS to file their tax returns. However, tax consultants advise that taxpayers should still file their returns if there is a chance they would get a tax refund.

Commissioner of the revenue service Edward Kieswetter announced at a media briefing in Pretoria on Tuesday that the tax return threshold was lifted from R350 000 to R500 000. Tax consultants have argued that this could be a good thing in that it lessens the administrative burden on both taxpayers and SARS.

On the flip side, taxpayers need to make sure that they do not miss out on getting a tax refund, Thamsanqa Msiza, tax consultant at Tax Consulting South Africa told Fin24 by phone. “A taxpayer might find themselves forfeiting a refund by not submitting a return,” he said.

“I advise that all taxpayers understand the requirements set out by SARS and thoroughly review their situation before electing not to submit a tax return,” Msiza said.

According to SARS, you do not have to file a return if your total income for the year before tax is not more than R500 000 and if said income is received from only one employer for a full tax year. The taxpayer should also have no other form of income, such as a car allowance, business income, rental income, taxable interest or income from another job. The exemption also applies if taxpayers do not have tax-related deductions to claim such as medical expenses, retirement annuity contributions and travel expenses.

Msiza highlighted that it is especially important for someone who was not employed for part of the tax year to file a return. This is because employees are taxed on an annualised basis through Pay As You Earn (PAYE). In effect, the employee would have been taxed for 12 months of the year, and not as many months they actually worked, which means that more tax would have been paid to SARS than necessary. A refund would probably be due to them, which is why they should file a return, he said.

Bernard Sacks, tax partner at Mazars highlighted that he R500 000 threshold does not apply to individuals running a business that generates less than R500 000. “If one earns from multiple employers, then this concession does not apply,” he added.

He reiterated SARS’ statement that the exemption does not apply if one earns other forms of income like rental income. Sacks added that if you make medical aid contributions or retirement annuity contributions, it would be in your interest to submit a return.

“The R500 000 threshold must be approached by taxpayers with great caution, as it only applies in one very specific circumstance – that being, where SARS knows you have already paid the correct amount of tax through the PAYE system.

“To qualify for this you must have no other income whatsoever, so SARS is 100% sure there is nothing more to tax, or there is no tax refund,” Botha said.

“Taxpayers should exercise caution before not submitting a tax return and when uncertain, [it is] better to play it safe and submit a tax return or get guidance from SARS or a tax practitioner where your circumstances are more complex.”

Botha also said that the notice does not apply to expatriates working outside SA. “As long as you are tax resident you must file a tax return and claim a tax exemption,” he said.

Tax filing season starts for all taxpayers on August 1, 2019. Those registered for eFiling can file returns from July 1, 2019. 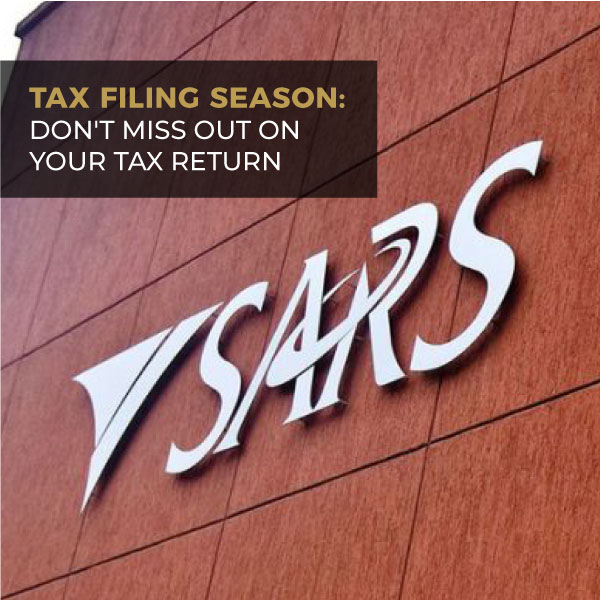 NEWS | BE READY FOR SARS’ KNOCK ON YOUR DOOR

NEWS | MASSIVE JUMP IN THE NUMBER OF SOUTH AFRICANS APPLYING TO FINANCIALLY...