CASE LAW | COURT RULES APPLY TO BOTH SARS AND TAXPAYER

Issue
The issue in this matter was whether the step followed by the taxpayer in launching a default judgment application constituted an irregular step in terms of rule 30 of the Uniform Rules of Court (“the Rules”). 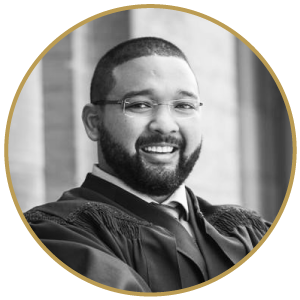 On 22 May 2019, the taxpayer lodged an appeal against SARS’ decision in respect of additional assessments assigned to its 2014, 2015 and 2016 income tax years of assessment. The prescribed period within which SARS was required to deliver a statement in terms of rule 31 of the rules promulgated under section 103 of the Tax Administration Act, 28 of 2011 was 45 days.

In a letter dated 2 September 2020 (“the taxpayer letter”), the taxpayer advised SARS that it had still not received SARS’ rule 4 request for an extension to deliver its rule 31 statement, or a formal notice indicating SARS’ intention to apply to the tax court for an order condoning its non-compliance with the rules. However, SARS did not respond to the taxpayer’s letter.

The taxpayer’s rule 56(1)(a) notice calling upon SARS to remedy its default within 15 days was served on 13 October 2020. In response, SARS delivered its rule 31 statement on 20 October 2020. Nevertheless, the taxpayer proceeded against SARS by launching an application for default judgment. SARS having launched the present application, now seeks an order to set aside the taxpayer’s launching of the default judgment application as an irregular step in terms of rule 30 of the Rules.

The taxpayer’s argument was that the mere non-compliance by SARS to obtain an order condoning the lateness of the rule 31 statement, or to comply with the mandatory provision of rule 4(2), meant that its rule 31 statement was invalid.

SARS’ contention was that, irrespective of its non-compliance with the time periods imposed by the rules as relied upon by the taxpayer, the prescripts of rule 56(1)(a) were unequivocal in that it does not require a party who has timeously remedied its default to additionally apply for condonation.

The Court found in favour of the taxpayer and dismissed SARS’ application with costs.

In approaching the question of whether SARS should have done something in addition to filing the rule 31 statement within 15 days to remedy its default, the Court relied, at the outset, on the principle established by the Supreme Court of Appeal in the Natal Joint Municipal Pension Fund v Endumeni Municipality case that “[w]hatever the nature of the document, consideration must be given to the language used…”. The Court found that this same principle applied to the interpretation of the rules pertaining to tax court procedures.

Further, the Court determined that no uncertainty arose from interpreting the ordinary grammatical meaning of the final time limit of rule 31. Similarly, that rule 4 provided perfect grammatical meaning as to the time extension which applied equally to all the parties.

Accordingly, the fact that the taxpayer proceeded to ask SARS to comply with rule 56 did not amount to a waiver of SARS’ compliance under rule 4(2). Albeit obiter dictum, the Court mentioned that the law is not to be read to mean that certain rules are less important than others.

To this end, it was evident to the Court that SARS understood it did not comply with rule 4(2), and clearly shrugged the warning by the taxpayer. As a result, the Court held that there was no valid rule 31 statement and therefore SARS remained in default.

This case demonstrates that, when moving a tax dispute forward between the parties from inception up to the point of its eventual determination, the rules of court apply to both taxpayers and SARS.

Why Emigrating To The Netherlands Is Attractive To South Africans