WHAT YOU NEED TO KNOW

A recent amendment to section 10(1)(o)(ii) of the Income Tax Act, affecting South Africans working abroad, has resulted in major panic and concern. South African tax residents working abroad will now find themselves having to pay tax on their income insofar as it exceeds R1 million.

The section 10(1)(o)(ii) exemption was introduced by SARS in order to prevent an individual’s employment income from being subject to double taxation between South Africa and the host country. However, with some countries imposing very little or no tax on employment income, SARS has found that this is contrary to the purpose of why the exemption was introduced and has therefore amended the provision.

Consequently, in order to ensure that all South Africa tax residents are being taxed on their employment income, SARS limited the exemption to apply to the first R1 million of an individual’s employment income.

As things stand, in terms of section 10(1)(o)(ii) a South African earning a remuneration by way of a salary, leave pay, wage overtime pay, bonus, gratuity, commission, fee, emolument or allowance as a result of the services they have rendered outside of South Africa may have such remuneration fully exempt from normal tax.

In order to qualify for this particular exemption, the following requirements must be met:

Come 1 March 2020, only the first R1 million of the remuneration earned by South African expats will be exempt from normal tax. Therefore, remuneration above the R1 million threshold will be subject to normal tax and will be taxed according to the SARS statutory tax tables. The requirements to qualify for the R1 million exemption will still, however, remain the same.

Impact of the change in the law

With South African expats being put in a position where they will be required to pay tax on their foreign income exceeding R1 million, we are seeing a rise in South African expats seeking ways in which they can legally minimise if not do away with any tax liability to SARS. The avenues that are commonly used are financial emigration, double tax agreements (“DTA”) or tax planning.

Financial Emigration is the process of formally ceasing tax residency through SARS and the South African Reserve Bank (“SARB”). Once they have ceased tax residency, they would no longer be required to declare their foreign income and would only be liable to pay tax on income earned from a South African source. In order to qualify for financial emigration, one must have a permanent intention to remain outside of South Africa.

Individuals who have been living abroad for a number of years or those currently leaving South African and have no intention of coming back to South Africa, are the ones who should ideally be considering financial emigration. This is so to formalise their non-tax residency and therefore preventing SARS from coming back to raise income tax on their foreign income.

Where one does, however, have an intention to come back to South Africa, their next best option would be to consider utilising the DTA between South Africa and the host country.

Double Tax Agreements are international agreements signed by two contracting States for the purpose of eliminating double taxation on certain income received by a taxpayer in the same period.

There is a common misconception that, by virtue of a DTA being signed by two countries, it automatically applies to the taxpayer. However, this is false as the determination of them being able to take advantage of the DTA is made by applying the “tie-breaker” test to the individual’s circumstances. It is a step-by-step test that looks at various factors and where any of the factors are conclusive in favour of one state, the test stops and the person will be considered resident of that state.

The typical individual who would make use of the DTA would be one who has been employed to work outside of South Africa for a period of 3-5 years and would be moving with their spouse / family to go live and work in such other country for that particular period and has an intention to return to South Africa thereafter.

Where individuals do not meet the requirements to financially emigrate or cannot make use of the DTA because their residency is placed in South Africa, then they would consider tax planning.

The purpose of tax planning is to assist in ensuring that taxpayers are paying minimal taxes in respect of any income that they earn above the R1 million threshold. This involves claiming foreign tax credits and taking advantage of exemptions and deductions.

A South African tax resident working abroad and earning an income that exceeds R1 million who does not meet the requirements for neither financial emigration nor make use of the DTA would take advantage of this particular option.

SARS wanting to claim what is “due to them” has had the inverse effect of having more and more South African expats wanting to permanently or temporarily cut ties with SARS altogether, or as an alternative, making means to minimise their tax liability by way of tax planning. We are also seeing publications like “Expatriate Tax – South African Citizens Working Abroad and Foreigners in South Africa” being published for purposes of providing expats with a better understanding on the implications of their migration so to ensure that they can make more informed decisions insofar as their taxes are concerned. 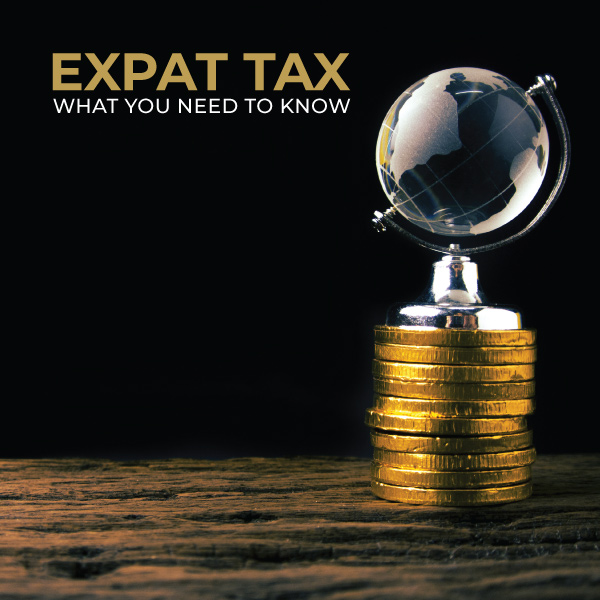 The Lexis Nexis publication Expatriate Tax – South African Citizens Working Abroad and Foreigners in South Africa authored by Tax Consulting South Africa deals with the tax considerations of South Africans abroad or those with international interests, and foreigners working and living in SA. It explores the fiscal legislation and the approach to tax law from a practical perspective. The textbook is written for a wide audience, ranging from tax specialists to the ordinary lay man who wishes to understand their tax obligations.

NEWS | KNOW WHEN YOUR TAX PRACTITIONER IS WORKING FOR SARS