The Pretoria High Court has ordered that the SA Revenue Service to refund Ferrari Logistics, from which it wrongfully collected more than R1 million from its bank account by means of a third-party appointment in terms of Section 179 of the Tax Administration Act. SARS had initially collected R 525 383,04 in October 2020, with another R601 873 collected in November 2020.

The order granted by Judge Davis at the Pretoria High Court on Tuesday, 8 December 2020, ordered that SARS has three days to repay the taxpayer, which operates a well-known brands global luxury courier service in South Africa, the amounts previously collected by SARS together with interests and costs.

Due to the collection proceedings, which SARS got wrong on this occasion, the taxpayer’s advisors, Legal Professional Accounting Consultants (“LPAC”), approached Tax Consulting South Africa to assist in getting the money urgently repaid.

Jean-Louis Nel, an admitted tax attorney of Tax Consulting South Africa, explained that SARS had initiated the collection proceedings in October 2020, even though the taxpayer believed that it had no outstanding tax debt. SARS also failed to send a letter of demand to the taxpayer before the commencement of the appointment of First National Bank as a third party to withdraw the funds in due compliance with the Tax Administration Act.

The four cases he referred to relate to the construction project management firm, SIP project Management, where SARS was ordered to repay about R1.2 million. SARS had to repay another service provider Autumn Skies Trading R1.3 million and WPD Fleetmas R6.8 million.

Nel added that Tax Consulting South Africa always advise clients and their tax advisors to adopt a consultative approach with SARS. However, on urgent matters or where no progress is made; taxpayers should never limit their rights by being afraid of not making use of legal recourse.

He specializes in matters where traditional accountants or tax advisors are unable to progress a matter, or where there is urgency against SARS. The High Court litigation process should only be considered taken the taxpayer’s circumstances, merits and urgency of the matter. Only where all of these aspects are dealt with correctly from a legal and procedural perspective, irrespective of whether the taxpayer has a good case against SARS, will the High Court grant you relief. 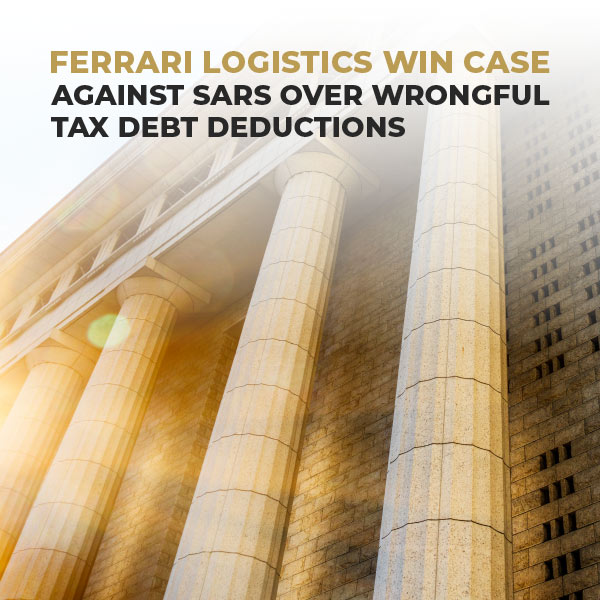 NEWS | TAX ON GIFTS FOR EMPLOYEES THIS DECEMBER