Blog - Latest News
You are here: Home1 / News & Articles2 / In which countries do people pay the most tax?

Income tax is a constant source of controversy and debate, no matter what country you live in. “Should 5% appear too small, be thankful I don’t take it all … You’re working for no one but me,” sang the Beatles in their 1966 hit Taxman, in an attack on the then Labour government’s high tax rates.

The amount of income tax you pay varies wildly between countries, from almost 60% for high earners in certain countries to 0% in some offshore havens and oil-rich nations.

So, which countries take the biggest slice of their workers’ earnings? The table below shows the top 15 countries for marginal personal income tax rates in 2014, as well as selected Nordic and G7 nations. 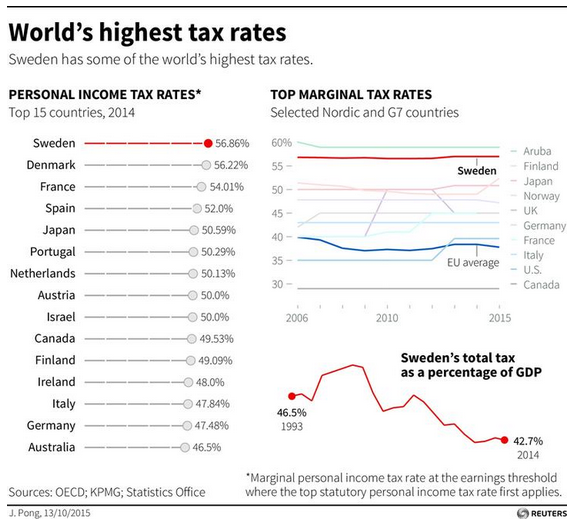 For an in-depth look at how business tax rates (rather than personal income tax) vary around the world and what this means for a country’s level of competitiveness, take a look at our Global Competitiveness Report 2015-16.