On numerous occasions, the South African Revenue Service (SARS) has warned that they will be taking on South African taxpayers who have been non-compliant. 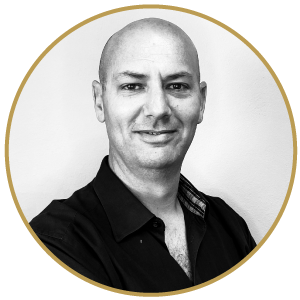 They have backed this threat by issuing a series of summonses on those who are suspected of contravening SA tax laws.

The media was quick to report on the fact that SARS was finally taking legal action, which stirred up a stream of social media chatter. The question remains whether SARS is pursuing expatriates with more urgency than they are pursuing resident taxpayers.

With many of the recent legislative changes centred around those earning a foreign income, it is easy to assume that this is where their primary focus is. While the online buzz justified a response from SARS, it became resoundingly clear that South Africans also wanted to see the revenue authority at work in their own backyard.

The general prohibition of disclosure

Most of the backlash seen on social media is borne by the view that SARS should name and shame high-ranking government officials or celebrities who have secretly been circumventing their tax obligations. However, it’s not always as simple as publishing a naughty list for everyone to gawk at. What is often overlooked, is the fact that Chapter 6 of the Tax Administration Act (TAA) prohibits SARS from divulging personal information of individuals currently being investigated for tax fraud.

Section 67(2) goes as far as to state that “an oath or solemn declaration undertaking to comply with the requirements of this Chapter in the prescribed form, must be taken before a magistrate, justice of the peace or commissioner of oaths” to ensure that SARS officials adheres to the preservation of taxpayer information. The exceptions provided for in Section 69, only frees them from this oath “by order of a High Court; or if the information is public information.”

According to Section 74 of the TAA, the SARS Commissioner may exclusively disclose the information of tax offenders if they are convicted, and once the legal process has run its course. In other words, SARS can publish the name and addresses of offenders, the particulars of the offence, and the particulars of the fine or sentence imposed, after “all appeal or review proceedings relating to the offence have been completed.”

SARS has neither confirmed nor denied that they are dedicating the full extent of their authority towards investigating South Africans working or living abroad. It can only be assumed that SARS’ efforts are spread evenly across all taxpayers, whether an expatriate, a TV personality, or an official in a position of authority themselves.

Given that the prosecution process can take years before judgement is passed, South Africans will have to wait until the Commissioner is allowed to make public the information of high-flying taxpayers who have scorched their wings.