SARS released a media statement in May 2020, noting some of the devastating effects of the pandemic on the economy and revenue collection. Covid-19 is causing a rapid rate at which businesses are closing their doors and jobs are being shed. SARS notes, on a year-on-year comparison, liquidations increased by 12.3%. Retrenchment directives issued by SARS in April 2020 are just over 20 000 employees, an increase of 9% compared to April 2019.

The retrenchment numbers are unfortunate, but one would perhaps expect the numbers to be higher based on the known number of liquidations. Indications are that tougher times are still to come, so this may explain the lower numbers. One less known reason for lower reported numbers is that certain payments to employees by liquidators are not subject to SARS tax directives, thus no PAYE withholding or deduction. These employees are thus unreported to SARS, which means that SARS is also not able to report these numbers.

Is the Supreme Court of Appeal (SCA) behind low reporting?

On 27 September 2018, the SCA handed down judgment in the matter of Commissioner for the South African Revenue Service v Pieters and Others (1026/17) [2018] ZASCA 128; 2020 (1) SA 22 (SCA). The matter concerned the payment of certain amounts relating salaries, leave and severance pay to the employees of a liquidated company. The crisp question before the SCA was whether the liquidators were obligated in terms of paragraph 2 of the Fourth Schedule to the Income Tax Act No. 58 of 1962 (“the ITA”) to withhold PAYE in respect of these amounts, which were paid in terms of section 98A of the Insolvency Act No. 24 of 1936 (“the Insolvency Act”).

“can rightly be described as having a social justice objective aimed at alleviating the plight of employees who are left unpaid by the financial woes of their liquidated employer company.”

The order of preference of amounts paid under the Insolvency Act was also considered, and the SCA concluded that if amounts paid under section 98A were subject to PAYE it would “lead to startling anomalies”. We are unclear about what is startling about paying your taxes on time. Nevertheless, the SCA then concluded that the liquidators were not making these payments as “employers” and there is no resultant obligation to withhold or deduct employees’ tax (“PAYE”).

Whilst paragraph 2 of the Fourth Schedule to the Income Tax Act defines an “employer”, in so far as is relevant for present purposes, as “including any person acting in a fiduciary capacity”, this aspect was not considered in the judgment. The conventional wisdom was always that a liquidator acts in a fiduciary capacity towards not only creditors, such as the employees, but also towards the liquidated company.

In any event, the upshot is that the SCA has the final word. SARS does not collect PAYE from certain payments to employees of liquidated companies, and this does not form part of the reported numbers.

Are the employees still liable for the tax on these amounts?

The matter of Estate Late GA Pitje v Commissioner for SARS (2002) 66 SATC 219 (WLD), which was brought on appeal from the Special Income Tax Court to the High Court, considered amongst other things whether an employee or an employer is ultimately liable for PAYE.

The Court held on the facts that there was a taxable benefit to employees. However, the employer did not withhold the correct amount of PAYE, so the question is whether SARS can go after the employee.

With regard to the ultimate liability for the payment of PAYE, paragraph 28(2) of the Fourth Schedule to the Income Tax Act determines that the employee (and not the employer) bears the onus of proving that any amount of employees’ tax has in fact been withheld or deducted by his employer.

“It is thus clear, even on a superficial reading of para 5 in its entirety, that the ultimate liability to pay income tax rests with an employee. It follows, in my view, that the collection mechanism created by the Act to give efficacy to the legislation and in particular the pivotal role played by the employer in that scheme, does not extinguish the liability of the employee.”

The decision appears correct in tax law and it would make sense, as personal income tax is ultimately a personal tax obligation. Where an employer does not follow the law, they should face severe consequences, but that does not mean that SARS cannot hold the individual taxpayer accountable.

The decision of the SCA creates a double-edged sword for retrenched employees in that certain remuneration paid to them by liquidators is not subject to PAYE, and they therefore receive the full amount due to them upfront without any tax deducted on those amounts. However, the employees remain ultimately liable for the payment of their taxes, as per the Pitje judgment.

One would expect that retrenched employees are not in the best financial position, yet the money they receive is not all theirs. They will need to ensure that a portion of the amount is kept aside to pay SARS tax at the end of the year of assessment.

The SCA has unwittingly burdened SARS to collect from each and every retrenched employee, rather than hold liquidators accountable for the withholding or deduction and payment of PAYE to SARS. It begs the question of how SARS will ensure these taxes are collected and how it will cope with the administrative burden hereof. A legislated intervention may well be considered by the fiscus.

Did the SCA decision have the desired effect?

As much as the decision of the SCA may have been taken with social justice imperatives in mind, it is perplexing, as a liquidator clearly acts in a fiduciary duty towards the company, its creditors and the employees of the company. It appears the SCA failed to foresee the further implications of their decision and have unwittingly burdened SARS and employees. In times of pandemic, the difficulties of these judgments are more acute, as we sit with a surge of liquidations.

National Treasury may restore the effectiveness of the PAYE system, by expressly including liquidators in the definition of an “employer” as contained in the Fourth Schedule to the Act.

We expect SARS to have no alternative than to drop the ‘nice guy’ approach and moving from a more administrative functionality, to an environment where skills audits are performed, and taxpayers are being held fully accountable. Liquidating a small company is sometimes nothing more than a front for the owner to have taken loans from the business and with layers of non-compliance hidden. This area has seldomly seen the best of SARS resources giving it their attention; and the time may have come for SARS to use its wide powers and perform deeper audits.

The SARS VDP process remains a legal mechanism to protect you against SARS prosecution where you have been non-compliant; but this process must best be done under legal privilege and can only happen before SARS starts their audit. 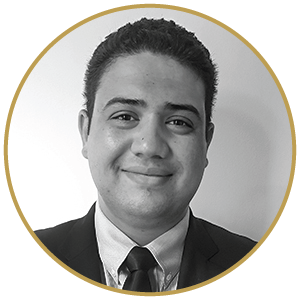 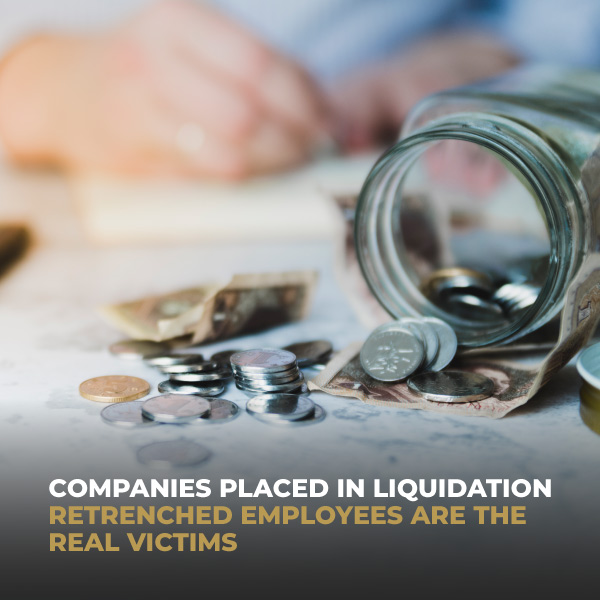 More News
NEWS | THE ORGANISATION FOR ECONOMIC CO-OPERATION AND DEVELOPMENT IS CLEANING...