On 23 June 2020, Judge Bernard Ngoepe released the Tax Ombud’s long-awaited second report on the investigation on systemic issues at SARS. The report, which is probably the Ombud’s best to date, will be immensely insightful to the SARS Commissioner, but equally concerning. Informed by a massive amount of data, the report reveals just how much resources SARS pours into the administration of tax disputes, without getting much bang for its buck.

The general picture painted is one of unnecessarily protracted SARS disputes that, at least from a SARS perspective, is all for naught, as SARS in any event ends up conceding in most cases. The below statistics illustrates just how ineffective matters have become -–

One can look at this from two angles – either most additional assessments are raised without merit, or, of equal concern, SARS incorrectly concedes in some of these cases. In any event, SARS is deeply invested in a process that bears little fruit at the moment.

Commissioner Kieswetter has noted that the SARS he returned to is not the same as the one he left behind some years ago and this report will be a stark reminder of that. It is well documented that SARS has lost many good people over recent years and it simply cannot afford such a wastage in resources. One can imagine that where these resources are deployed to perform proper audits; SARS’ collections should  vastly improve, especially where they are properly trained back into the arts and hunting instincts of bringing down tax evaders. 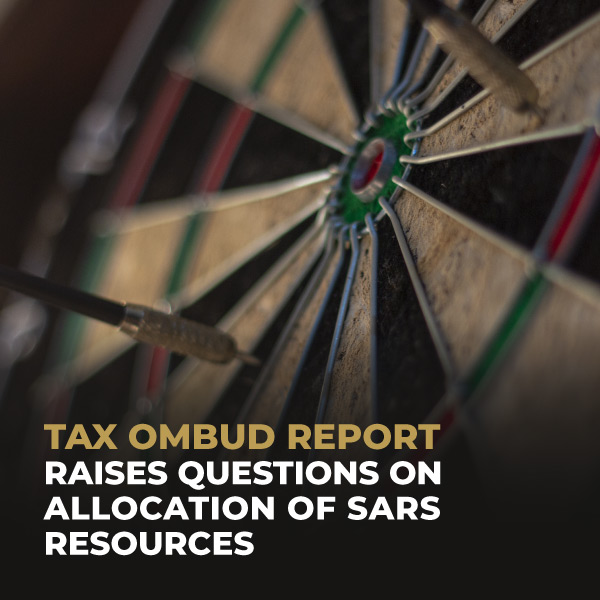