THE DISCREPANCY SMS FROM SARS – WHAT SHOULD YOU DO?

As Trump likes his twitter; SARS loves the SMS. Over the last week, many taxpayers have received a rather confusing SMS from SARS, informing them that SARS has not forgotten about them, but also that something looks wrong on their taxes. The message informs the taxpayer that they are being reviewed, that there are “discrepancies identified”, for example –

Why are you getting this SMS?

During Phase 2 (1 June – 31 August), taxpayers and tax practitioners were asked to do “hygiene checks” of their taxpayer information, meaning they have to ensure their information on their tax profile is up to date,  to avoid mismatches with data provided by third parties. The information can relate to anything from bank details to addresses. As Phase 2 progresses, SARS is informing taxpayers where they have picked up discrepancies between information they have on file and data submitted by third parties, which would prompt the communication in question.

What should you do when you get this SMS?

Where third party data is incorrect, SARS has tasked taxpayers to correct this by updating their tax profile or by contacting the third party in question (not SARS) to ask them to correct the information submitted to SARS. So, if you know where the discrepancy lies, this should be corrected. But often it is not that simple.

We have seen time and again that the third party information provided to SARS lacks integrity. A not uncommon example is where SARS assesses or queries a taxpayer on interest seemingly not disclosed, based on information obtained from a bank, even though the taxpayer has no interest income from that bank. What is the taxpayer to do in this case, especially considering the fact that SARS informs you of a discrepancy, but does not specify the third party source?

In this case, it appears that the taxpayer has no choice but to reject the automated assessment that SARS will issue based on the incorrect information. They will then have to file their return themselves in Phase 3, which commences on 1 September 2020. It remains a criminal act under the Tax Administration Act to make a false declaration and by ticking a box, knowing there is a likely mistake, is simply not a good idea.

Automated processes and technology is the future of world-wide tax compliance. However, for now the problem with this automated process is that its efficacy is entirely based on the integrity of the data SARS manages to procure. Admirably, SARS is trying to introduce innovative ways to improve taxpayers’ experience during filing season, but it has done so by introducing a system that has not been checked or verified. Filing season 2020 is perhaps the dry run, so to speak, and taxpayers may not be too far off feeling they are being experimented upon.

Incorrect third party information causes a lack of integrity, and this places an unfair administrative burden on the taxpayer and SARS. The time may not be too far off where SARS issues a third party provider with a heavy penalty for incorrect information. This medicine works well on normal taxpayers. Where SARS puts one in jail, there are thousands who voluntarily fall in line. We may not be too far from the day where SARS is compelled to strictly police accurate third patty information as well, which may then result in the system working more seamlessly. 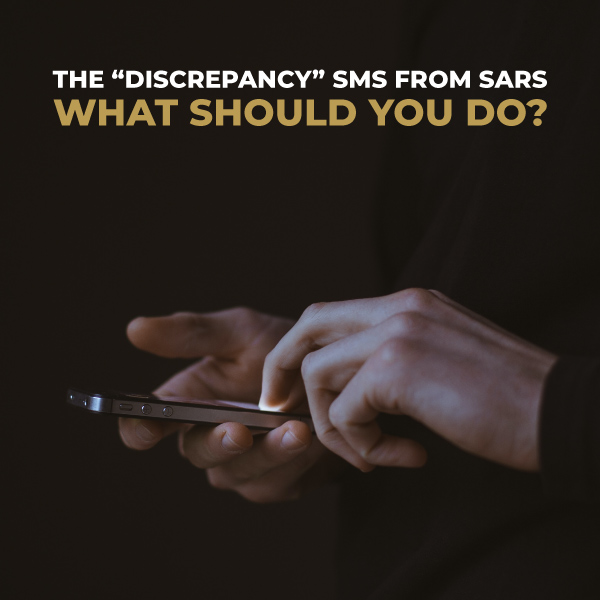 NEWS | SOUTH AFRICANS WORKING ABROAD: MUST YOU SUBMIT A TAX RETURN TO SARS?

NEWS | UNDER WHICH CIRCUMSTANCES ARE YOU ALLOWED TO WITHDRAW YOUR RETIREMENT...