The tax law amendment on section 10(1)(o)(ii) of the Income Tax Act No. 58 of 1962 (“the Act”) has come into effect 01 March 2020, after years of an arm wrestle on the amendment, from it’s complete repeal to an unexpected increase in the exemption limit in this year’s budget.

The first actual tax payment deadline is around the corner, with the provisional tax deadline 31 August 2020; so it will be with interest that National Treasury and SARS bosses watch whether there is indeed much tax revenue being handed over, by reluctantly compliant expatriates, or if all this will not be as easy as they hoped. Significant fiscal resources have gone into this change, and they have noted in Parliament non-compliant expatriates as the primary reason for effecting this massive policy shift. For my fellow practitioners reading this with a critical eye and pointing out there is no provisional taxes where there is South African employees’ tax, my rebuttal will be, firstly, to congratulating you for getting a client to overcome the mammoth task of setting up a fully compliant expatriate payroll (SARS directives for foreign tax credits, fringe benefits all correctly determined and section 6quat correctly computed etc.). The question of whether the “employer” has the correct tax advisor, being advised to go down such a rocky path, something we will gladly debate another day, perhaps we can just agree that this is not a reflection of the common ground – by and large, expatriates with a tax liability must be registered as provisional taxpayers.

We do not foresee the expatriates easily handing over their provisional taxes, and as tax practitioners know, the SARS e-filing system works excellently when it comes to the computation of penalties and interest on non-payment or underestimated taxes. This means expatriate tax compliance is a risk for tax practitioners, as tax malpractice claims is an increasing threat and perhaps SARS does not always give the tax fraternity the credit due for the hours they spend having to convince taxpayers to do the right thing, and correctly pay their taxes.

This raises some interesting tax practice management questions and expatriates themselves need to appreciate what they should expect. Perhaps this day will only come when they are back home, even when they are “safely” retired; when a skilled SARS auditor approaches with a surgical blade.

What makes you think they will audit expatriates?

When the world was still pre-Covid-19, when this law change was debated in Parliament, a key submission on National Treasury and SARS’ part was that less than 4800 returns were submitted where the foreign employment exemption under section 10(1)(o)(ii) of the Act was claimed. A comparison was made with the number of individuals who had completed financial emigration through the South African Reserve Bank and the statement was made that the numbers did not add up. The number of expats who formalised their emigration and those who submitted returns were meagre in comparison to the hundreds of thousands of South Africans reportedly working abroad. Simple math dictated that expats are simply not disclosing their foreign earnings and those who have left for good have not paid their capital gains tax (CGT) exit charge, as basic examples. In simple terms, this is a sore point for SARS and expatriates will no longer be allowed to operate unchecked and unchallenged.

Moreover, in the new post-Covid-19 period, SARS will find South Africans even more cash strapped, and having an expatriate client base earning predominantly dollars or harder currency, comes down to the principle of low hanging fruit.

Also, there is already a dedicated unit within SARS specialising in expatriates, so the focus area is there. On the strength of the CV’s we receive, many expatriate tax and global mobility specialists are looking for work, so upskilling should be easier than, for example, the BEPS initiatives.

The first is the uniformity of expatriate employees, meaning that whilst there are various categories of expatriate arrangements; they can easily be sorted in approximately 12 odd categories and SARS can have a uniform standard, which makes it easy to audit.

Example: where you have a South African resident seconded to Nigeria or Angola, on rotational basis, fixed term by a South African employer; the package details are hardly a secret. The most commonly found items will be a currency denominated agreement, so conversion rates must be checked, there will be flights there and back, housing with all the entrapments will be provided, transport will be a given, almost always will there be security detail, housekeeping, a driver, medical aid, medical evacuation and even tax services where a large employer group is involved.

The second compelling reason is that expatriates are easy to find, by simply practising the law of following the money. They earn abroad and remit forex home, which are all coded and reported. Passport control records may have been difficult to access by SARS in the past (we have not seen it happen), but in a post-Covid-19 era expatriates can no longer rely on one government not talking to the other. They will have to do whatever it takes to ensure closure of the tax gap – the law is in place and it is simply matter of audit and enforcement.

Bank statements: The most basic of strategies would be for SARS to call for check bank statement(s); to verify if those who disclose their foreign earnings do so correctly and, also, to detect those who fail to do so.

FIC reported transactions: The Financial Intelligence Centre Act No.38 of 2001 (FIC Act) creates stringent reporting obligations for certain transactions, specifically for cash transactions of R25,000 or more. Where a South African working abroad transfers their salary or a portion thereof to South Africa, this will be reported in terms of the FIC Act. A simple, yet effective, audit strategy will be for SARS to review these FIC reported transactions against their records, to detect those who are not in the system currently.

CRS and Panama Papers: The first reporting under the Common Reporting Standard (CRS) was set for September 2017. Most European countries and South Africa committed to start reporting in 2017, with the rest committing to do so in 2018. To date, however, we have not seen any arrests or convictions in South Africa under the CRS and on all accounts this mechanism appears underutilised by SARS. In the same vein, the Panama Papers revealed 1666 cases linked to South African residents and, on SARS’ account, a large portion of these relate to individuals. We have not seen any evidence of action on this either, but these persons may all have done SVDP. Strategically, these initiatives should be some of the primary arrows in SARS’ quiver in detecting those who are not in the system at this point. Where it is revealed that a person holds offshore investments, SARS can easily verify if the individual disclosed their foreign income and/or if they paid their CGT exit charge when they left South Africa. It remains to be seen, however, whether SARS will execute hereon, as they have publicly stated they will have a proper look at these individuals.

Fringe benefits: a large component of expat remuneration is made up of fringe benefits. SARS has unequivocally stated that these will be quantified and taxed in accordance with our domestic tax legislation. It would be a safe bet to say that this will be an area that will receive special attention from SARS, especially given the large degree of uncertainty around it. To ensure these are quantified and disclosed correctly, SARS may ask for the employment agreement or other documents that may outline the relevant benefits. An easy and brutal approach for SARS would be to put it to expats to prove that the quantification of these benefits was done correctly. In certain circumstances, this may be very difficult, especially where the fringe benefit is not taxable in the host country.

Targeting employers: an alternative to pursuing the individual would be for SARS to turn to the employer to take this on from a payroll perspective. From SARS’ point of view, this is less burdensome because the Tax Administration Act No. 28 of 2011 affords them the choice of going after the employee or the employer for any PAYE. We have seen SARS do this and the general audit questionnaire asks for a wide range of documents and information, including a list of expats, mobility policies, employment agreements, explanation of the remuneration methodology, a list of fringe benefits provided etc. The questionnaire, in itself, can become the bane of any employer’s existence if they are not prepared for this.

Housing register: The Commissioner has noted he wants to use the housing register to address the apparent non-compliance among those who have rental properties. This is an effective strategy that can be deployed to find non-compliant expats as well. Many South Africans who go on assignment abroad, for various periods, tend to retain their residential properties. The rationale can be a combination of the fact that they intend to return to South Africa and the stagnant property market. In any event, comparing the housing register with SARS records will be killing two birds with one stone.

As tax professionals, it would be interesting to see how ingenuitive SARS will be with this. A skilled SARS official can easily overcome prescription, so any non-disclosed income, even where exempt, creates a permanent target for SARS. Tax practitioners should especially be aware that they have full risk sign-off from expatriates, as expatriates may quickly place the blame on them where there is heat.

They have to ask the pertinent questions as part of any tax planning or tax compliance service; and we may see an increase of resignation of professional firms from expatriate tax engagements due to professional reasons. 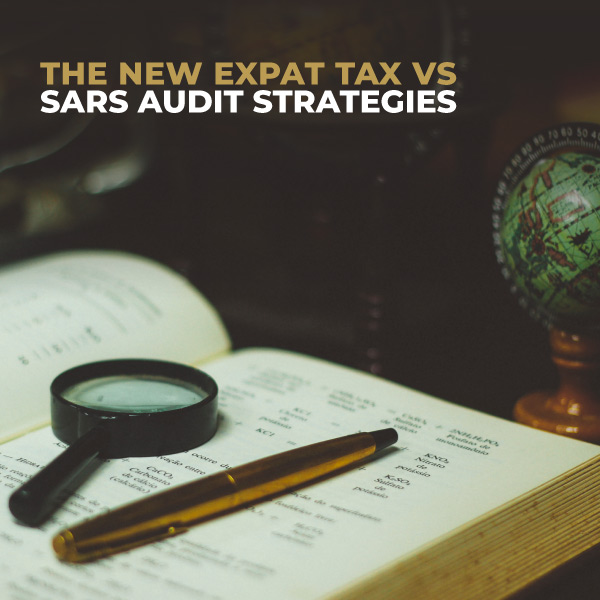