Some tax advisors are reported to have directed their expatriate clients to cease tax residency in South Africa by simply ticking the non-resident box in the client’s return and thereafter deregistering the client as a taxpayer from SARS.
Following such shady advice could result in a criminal act and will have the client suffering at the hands of SARS in the long run. 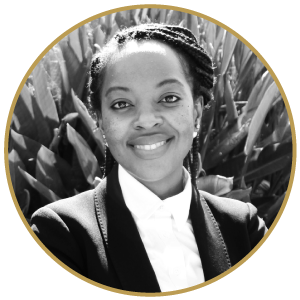 Under section 10(1)(o)(ii) of the Income Tax Act, South African tax residents who are employees that render services outside South Africa, can exempt their foreign income from taxation, provided they are outside the country for longer than 183 full days in any 12-month period, as well as a continuous period exceeding 60 full days.

Previously, these expatriates could exempt their foreign employment earnings from taxation, provided they met the requirements. Those who did not would have their income taxed as usual.

However, the law has since been amended. From 1st March 2020, only the first R1.25 million in employment income is exempt, although all other provisions remain the same. Any earnings above this threshold are subject to full taxation by SARS.

With annual filing season around the corner, some expatriates now face a notable reduction in income earned for the period between 1 March 2020 – 28 February 2021 and are looking for solutions to mitigate this tax obligation.

Simply following the tick-box approach and / or deregistering with SARS to avoid paying tax is dangerous. According to the Tax Administration Act, any South African earning local or foreign income must register as a taxpayer with SARS. To not do so is a criminal offence.

SARS has recently confirmed the correct approach to ceasing tax residency, which is a more involving process than simply ticking the box.

Deregistering with SARS with or without ticking the box does not exempt expatriates from being liable for tax. Tax liability remains and taxpayers will eventually pay all outstanding tax on earnings during the relevant period, as well as penalties and interest the taxpayers thought they had avoided. These taxpayers could also find themselves in court on charges of tax evasion.

SARS confirmed that there are two legal routes for which expatriates may qualify to terminate their tax residency, both of which result in foreign earnings being non-taxable in South Africa.

One is financial emigration, which expatriates may be eligible for, subject to meeting the requirements under the tax residency tests in South Africa to be considered non-resident.

The other is relief under a Double Taxation Agreement. Expatriates working in one of the foreign jurisdictions with which South Africa has a double tax agreement may qualify for exemption from SA tax. However, merely having a DTA in place does not automatically exempt one from being taxable in SA. Specific requirements must be met and it must be provable.

Employing either of these options require certain formalities to be complied with, as confirmed by SARS. These formalities entail the submission of substantiating documents, which include the completion of a signed declaration indicating the basis on which the taxpayer qualifies for non-residency, as well as written motivation setting out the facts and circumstances to support the disclosure of non-residency.

When the annual filing season opens on 1 July 2021, expatriates earning foreign income must take a position as to their tax residency and follow the correct steps published by SARS.

Doing this not only places you on the right side of the law, but it minimises your tax exposure in South Africa. Choosing to do nothing is just as bad as following the incorrect and misleading advice.

Expatriates who have already adopted the tick-box approach and / or deregistration from SARS are urged to revisit their tax affairs before the end of the annual filing season.

Those who have not taken steps to formalise the cessation of their tax residency are equally urged to take the correct steps, or remain liable to pay taxes, as well as penalties, in South Africa.

Above all, taxpayers must choose a tax advisory practice with a strong legal component. One that can show their clients the potential pitfalls before they step into it. With tax attorneys on site, our solutions are based on correct interpretation of South Africa’s complex tax laws. A proactive approach could save taxpayers a small fortune in taxes or penalties and will simplify the annual tax filing process.

Do You Need To Submit A Tax Return?