The South African Revenue Service (“SARS”) recently expressed its intentions to dive into its recruitment drive with renewed vigour. First on the block, is the employment of 250 young South Africans. This presents a grave concern for expats working, or planning to work, abroad. 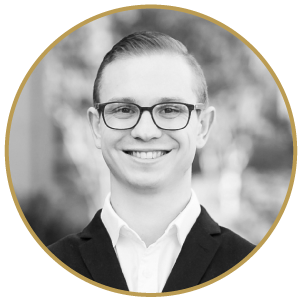 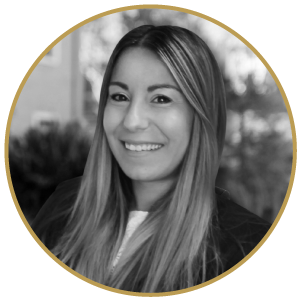 Their announcement follows a series of damning allegations of state capture against high-ranking officials who were spread across the upper tiers of government, as evidenced by the release of the Zondo Commission’s reports, which also shed light on the attempted destruction of SARS while under the control of Tom Moyane.

SARS had previously undergone a dark period, which came to a head when the findings of the Nugent report were released. During this time, the revenue authority was plundered, and its integrity destroyed, by those who had been tasked to maintain it. The true extent of the damage was further laid bare in the Zondo reports.

Under the guidance of Commissioner Kieswetter, SARS began the arduous journey of reclaiming a resemblance of its former glory. While successes were plentiful, and while SARS made it through the lockdown years unscathed, questionable decisions still pour forth from the revenue machine.

In a recent statement, Commissioner Kieswetter assured South Africans that they were doing a major overhaul through improvements to their Information Technology infrastructure and data system management to transform SARS into a smarter, more efficient, revenue authority. He further revealed plans to recruit skilled data and technology specialists to help steer SARS into a future where algorithms and artificial intelligence rules the data collection and analysis processes.

In light of this progressive and adoptive stance, one expects SARS to push for an impeccable standard which transcends conventional professionalism. Which is why their decision to employ 250 call centre agents, with the only formal educational requirement being that of matric, comes as a bit of a surprise.

Not only does this contradict Kieswetter’s statement, but it will most certainly also alarm expatriates who are trying to make sense of their taxes for the previous year. Employing agents who are not sufficiently qualified to advise the public on their tax affairs, especially where they are the first point of contact for most taxpayers, sends out mixed messages.

While SARS has shown remarkable improvement in its rise from the ashes, there have been similar dubious decisions, like SARS’ unyielding pursuit of expats and their foreign income, or the tax law amendments that sought an additional exit tax on retirement funds from those hoping to emigrate, the latter of which nearly put SARS at odds with other tax jurisdictions.

In essence, the new recruits are paid for by the South African taxpayer, which entitles locals to voice their concerns. The influx of new talent, both experienced and inexperienced, begs the question: do these recruitment drives serve to fill positions left vacant when skilled professionals jumped ship during Tom Moyane’s reign? It also makes one wonder whether SARS has an ongoing retention issue, where qualified specialists are still being snatched up by other employers. If so, are there measures to curb the brain drain?

Employing newbies could be a brazen attempt at building a future generation of experts, though it is an exercise that would take years to bear fruit. It also does not explain the rationale behind deploying inexperienced blood on the frontlines to face complex and technical tax questions, such as those pertaining to tax residency or financial emigration, from SARS’ clients, the taxpayers.

This leaves taxpayers in a dangerous position as they will not be receiving qualified professional advice from their revenue service.  For all issues of non-compliance, such as not filing returns, not paying taxes, or not completing returns correctly SARS has the right to fine the taxpayer. It is seen as a criminal offence even if one unwillingly does not comply, and offenders could be imprisoned up to a period of two years.

Now, more than ever, it is imperative for taxpayers to consult a tax consultancy, with a strong legal component, that will be able to provide the clarity that comes with years of experience in the field. This will eliminate any mixed signals or uncertainties that you might have regarding your taxes.

Professional Negligence: Is Your Tax Consultant Acting In Your Best Interes...