IS ALREADY IN FULL SWING

The SARS Commissioner has taken note of the pervasive disillusionment amongst taxpayers and noted his concern at this year’s Tax Indaba. The reality is that, while Ms Zille and the rest of us ponder the feasibility of a tax revolt, it is already too late to close the stable door.

Is a tax revolt legal?

In the average person’s reverie, a tax revolt is a situation where taxpayers in an act of solidarity resolve to abstain from their civic duty of paying their taxes.

This may be in protest against tax policy, where taxpayers as a collective perceive the tax(es) to which they are subjected as being unjust.

A notorious example of an ongoing tax revolt in this regard is E-tolls, one which objectively speaking is quite successful.

A tax revolt may also be occasioned where taxpayers do not agree with the manner in which the government chooses to “spend” the portion of their earnings they had to part with, which is likely more applicable in the present context.

Under a tax revolt, one may broadly identify two types of taxpayers; those who simply do not and never have paid taxes, perhaps out of disdain for the very concept thereof and those who, from some misguided sense of virtue, feel justified in discontinuing their tax obligations.

In the latter case, the taxpayer somehow legitimises their behaviour, often because they do not think they have to contribute to a leaky bucket, or they feel they have already contributed more than their fair share.

These motives may also be a veneer for the actual reason for adopting a non-compliant lifestyle, which is that the taxpayer lost their fear of prosecution. It is the constituency of the latter two groups that is growing in our country.

In any event, no matter how you cut it, these types of tax revolts are illegal and cannot be rationalised.

There is a second type of tax revolt, a less unscrupulous kind, where taxpayers deprive the tax man of revenue by using legal means.

On a small scale, this may be achieved by consuming zero-rated goods only, or by kicking your smoking habit and adopting a teetotal lifestyle, thereby depriving the state of VAT and sin taxes.

A more drastic and far more effective, yet legal, act of defiance would be to cease your tax residency, in which case SARS would no longer have a claim to your worldwide income and capital gains.

Arguably, it is this manifestation of a tax revolt that is currently most prevalent and the one giving SARS heart palpitations.

The exodus from the SA tax net

With the surge of reports on corruption, together with the dismal economic outlook, the omnipresent threat of a downgrade and the unstable political climate in our country, many South Africans choose to leave the country permanently in search of greener pastures.

Leaving the country for these reasons, however, does not constitute a tax revolt per se, even if SARS’ recent ineptitude may have been one of the driving factors in these individuals giving up on South Africa.

The tax revolt we are speaking of is the one that has its genesis in the amendment to section 10(1)(o)(ii) of the Income Tax Act (colloquially referred to as “the expat exemption”).

The expat landscape changed when this amendment was promulgated, which means that from 1 March 2020 expats would be liable for tax in South Africa on their foreign employment income insofar as it exceeds R1 million.

National Treasury and SARS forged ahead with the amendment, despite being forewarned of the possible consequences.

This forced the hand of many expats (we can attest to this from our tax practice), who have now decided to cease their tax residency specifically to avoid being caught by the amendment.

What does this mean for SARS?

It must be understood that, whilst the largest contributor to national revenue is personal income taxes, there is a comparatively small number of taxpayers in this segment who bear most of this burden.

The taxpayers who seem to be leaving our shores are some of those relatively high earners on whom SARS rely quite heavily. These taxpayers are now lost to the fiscus forever and it may appear that National Treasury and SARS’ myopic policy formulation would amount to an own goal.

What does this mean for taxpayers?

For those of us who have chosen to go down with the ship, so to speak, it means that SARS will have to scratch harder to extract taxes from the individuals who remain.

With the prevailing budget shortfall, taxpayers can expect increased aggression from SARS when it collects taxes this season.

Moreover, to entice some of those taxpayers who have lost their fear of prosecution to rejoin the tax base, SARS has promised that non-compliance will be met with criminal sanction. In short, some taxpayers may face a torrid tax season this year and it may be wise to partner with an attorney who knows how to go toe-to-toe with SARS, to help them brave the storm. 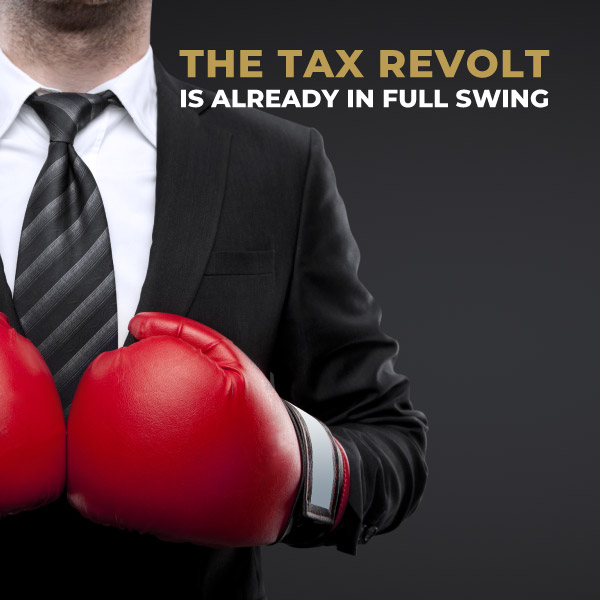 NEWS | DON’T FORGET THESE DEDUCTIONS WHEN SUBMITTING YOUR TAX RETURNS