Of late, digital news platforms have been awash with volumes of contradicting information regarding the Emigration Tax Compliance Status (TCS) PIN and SARS Non-Resident Tax Status Confirmation Letter. For the benefit of the taxpayers, more especially expatriates, we see it necessary to clarify the different uses and benefits of these two very important documents in the journey of their non-tax residency and compliance. 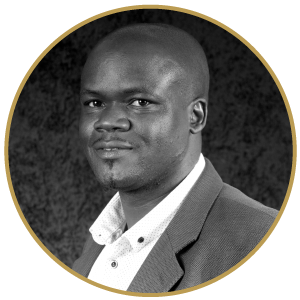 Emigration Tax Compliance Status (TCS) PIN – this is an official document issued by SARS as confirmation that a taxpayer has undergone the formal emigration process; declaring their remaining assets and exit tax. The TCS PIN is valid for a period of 12 months from the date of issue.

SARS Non-Resident Tax Status Confirmation Letter – this is a letter issued by SARS confirming the taxpayer’s non-residence tax status. The letter confirms that the taxpayer has ceased their tax residence and with an indication of the date they ceased their tax residence. This letter (currently) does not expire; thus, it is issued with no expiry date meaning it can be used indefinitely – or at least until such time that one becomes or chooses to become a tax resident again.

Does one need both these letters?

Expatriate taxpayers will need to undergo the SARS legal processes and, as a conservative view, obtain both of these letters to truly become and remain fully exempt from paying taxes on their foreign earned income. Other than the freedom of divorcing yourself from SARS as far as foreign sourced income is concerned, there are further benefits in obtaining these letters.

With the changes in the Exchange Control Rulings, expatriate taxpayers with valid Emigration TCS PINs will be able to transfer abroad all readily available funds, such as the proceeds of their remaining assets, i.e., sale of fixed properties, shares, unit trusts, etc.

Furthermore, it should be noted that upon becoming a non-tax resident (more especially with an intention to withdraw any remaining policies) one will be required to have their bank accounts statuses converted to ‘non-resident’ in order to be able to receive the withdrawal proceeds and transfer them abroad. Policy providers may only pay proceeds into a non-resident bank account if a withdrawal is made on the basis of emigration. Banks can only perform the account conversion process when one presents them with a valid Emigration TCS PIN to prove they have formally emigrated to be regarded as non-resident for tax purposes.

A further shift has been noted where SARS now requires the SARS Non-Resident Tax Status Confirmation Letter for their processing of tax directives for withdrawal of policies by non-tax resident expatriates. Policy providers have likewise followed suit by silently phasing out the emigration policy withdrawal option and replacing it with what they call ‘cessation of tax residency withdrawal’.

What does this mean to non-tax resident expatriate taxpayers who want to withdraw their policies?

This means that, regardless of which regime one has formalised their emigration in terms of, the SARS Non-Resident Tax Status Confirmation Letter is now required to fully close the chapter on one’s residency in South Africa and successfully withdraw their remaining retirement vehicles (policies). Without this letter, SARS will not process the withdrawal tax directive, and, in turn, policy providers would not process the withdrawals.

It is essential for taxpayers to seek advice from qualified tax advisors when dealing with SARB and SARS related matters.

Want to learn more about this topic?

Our team recently held an international roadshow in the Isle of Man, Guernsey and Jersey to update unsuspecting South Africans on their tax obligations to SARS this tax season.

Attendees were shocked to learn that despite no longer living in South Africa, they still carry a legal obligation to declare their foreign income to SARS and that their foreign earnings might still be subject to taxation in SA. The number of years you have been out of SA or whether or not you have dormant assets like stale pensions or bank accounts are irrelevant – you could still be tax resident in SA. You might consider yourself a small fish when it comes to SARS, but expats are cautioned to not be misled by thinking you are not on their radar.

If you missed us during our visit and want to learn more about how to become a non-resident for tax purposes in South Africa and protect your hard-earned money, then please join us for our upcoming webinar series.

Wealth Tax – Is The Rumour Being Realised?