Back Yourself With an Expert to Tackle a Dispute With SARS

You are here: Home1 / Latest News2 / Back Yourself With an Expert to Tackle a Dispute With SARS 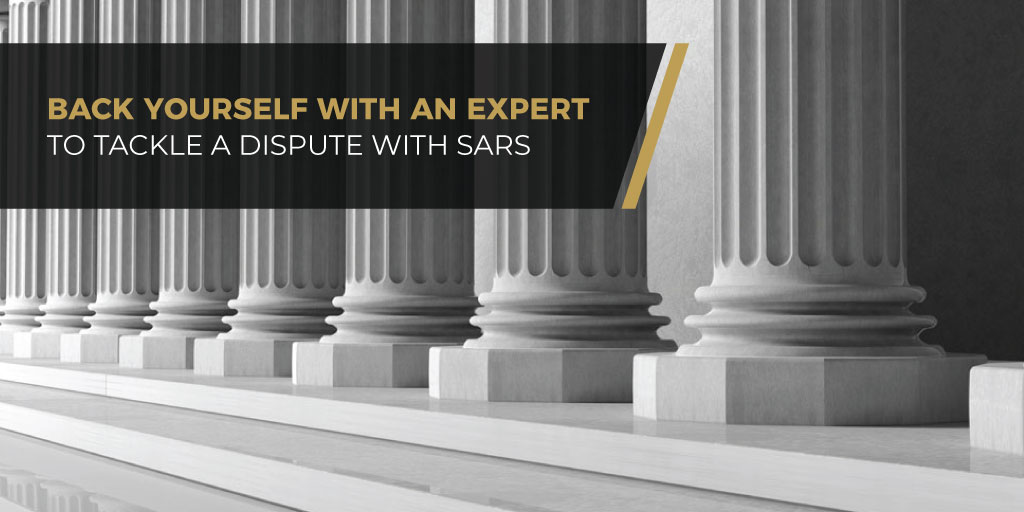 Malcolm Gladwell proposed that, in order to become an expert in something, you would have to spend 10 000 hours practising that “something”. While his proposition may have been challenged and shown to be inaccurate over the years, the concept is still the same. Without time, effort and expertise, proficiency in any field will be an impossibility.

Of course, with modern access to information, everyone “is an expert”.

If we apply the modern approach to information gathering and transposition of information to other fields of expertise, say sport for example, we would have a drastic change in the level of sportsmanship globally.

Let’s use football as an example. Surely by simply reading the rules and spending an hour or so kicking the ball against a wall, one would be ready to take on the Premier League at a moment’s notice, correct?

We all know this isn’t the case. We know that Ronaldo has spent nearly his whole life building to the player he is, and David Beckham practiced harder than most. That’s why they are champions of their field. True experts.

The question I like to ask then is; “If we understand that time and dedication make for good footballers, why do we believe a simple google search makes one a tax and legal expert?”

This is the scenario we as tax professionals and attorneys deal with on a daily basis. Too often, we are brought in on a matter where the taxpayer (client) has “taken a stab” at the matter himself. More often than not, the time and cost that goes into recovery of the matter is more than what the taxpayer may have spent initially, if they had just consulted with the right people up front.

Its like taking your car to a bad mechanic, having him or her completely destroy your gearbox, then having to take it to a dealership for a full replacement.

The fact is, when it comes to certain fields, experts are best consulted early. Tax law is one such field. To give you an idea, tax attorneys need to understand a minimum of three pieces of legislation to tackle a tax dispute effectively. This is dependant, of course, on the nature of the matter. More complex matters still require knowledge of the Regulations of those pieces of legislation, interpretation notes, case law, legal writing and international taxation agreements. Let’s not forget court procedure either.

As you can see, this isn’t a quick learn or a simple process. Ultimately there is just too much to consider. Never mind the fact that your opponent in a tax matter is likely to have all the experience required to win.

Now, more than ever, there is a need for a diligent approach in tackling tax disputes. SARS are determined, after failed tax collection targets, a number of high-profile tax evasion matters and even auditors assisting those who would be non-compliant, to exert their authority on taxpayers. Disputes are going to become more intricate, more challenging and, ultimately, more desperate.

In addition to this aggressive approach, the taxpayer will be dealing with an authority who makes the rules, enforces the rules and determines what happens when you break the rules. SARS will not only be the opponent in a tax dispute but will also have the power to determine the outcome of such dispute.

Becoming your own expert without the necessary experience or knowledge might be the first advantage for SARS. But of course, that doesn’t need to be that case for you as a taxpayer. That’s because, when your dispute arises, you won’t perform your own brain surgery. The ace up your sleeve, is that tax attorney who has spent the hours becoming an expert.

VAT Refunds – The Sword in the Stone