You are here: Home1 / Latest News2 / Bonang likely to struggle in tax-evasion fight 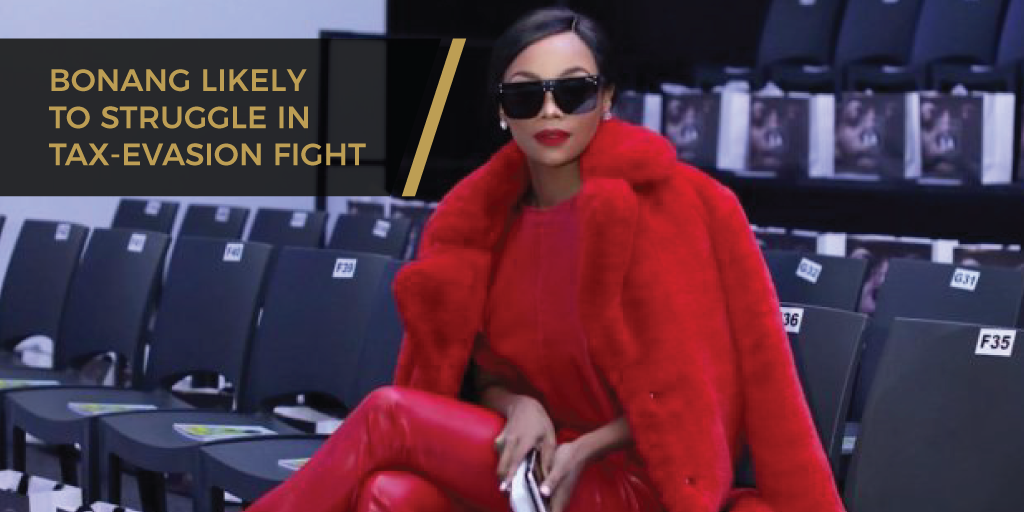 Once you have evaded paying taxes and haven’t filed tax returns, criminal law will apply to you, warns attorney on the celebrity’s woes.

Team Bonang Matheba’s optimism on the outcome of engagements with the taxman on the television personality and businesswoman’s tax woes could come to nothing, a tax attorney has cautioned.

“We have noted from the media that Matheba’s team is engaging with Sars to correct her previous non-compliance. Unfortunately, this may not be enough and Matheba will have to let the law run its course.

“Given that this is a criminal matter, the mitigating factors are underlined by criminal law, as opposed to the Tax Administration Act [TAA],” he said.

Last week, the Johannesburg Commercial Crimes Court granted her a postponement until November 27, for her to file representations with the National Prosecuting Authority.

He said the Act also criminalises tax evasion and may attract imprisonment of up to five years.

Du Toit said ignorance was never a defence and it would not spare Matheba.

He said that, given that this was a criminal matter, the mitigating factors were underlined by criminal law, as opposed to the TAA.

Du Toit, however, lamented that it appeared taxpayers were not always treated equally, saying some, such as Matheba, faced the consequences of non-compliance, while others were left untouched.

“We have made submissions on this very aspect to the Nugent commission, where we highlighted that it may negatively impact taxpayer morality if there is a widespread perception that certain taxpayers are given favourable treatment.

“We hope that this may be addressed in the commission’s final report,” he said. The Nugent Commission is probing Sars’ operations during Tom Moyane’s tenure as commissioner. Matheba’s manager, David Phillips, could not be reached for comment.

Is the compliance rate on the increase or not?

What are the penalties of not complying with tax laws?

The Citizen: What long-term consequences are there for being guilty of tax evasion?

The Citizen: How does one avoid being on the wrong side of tax law?