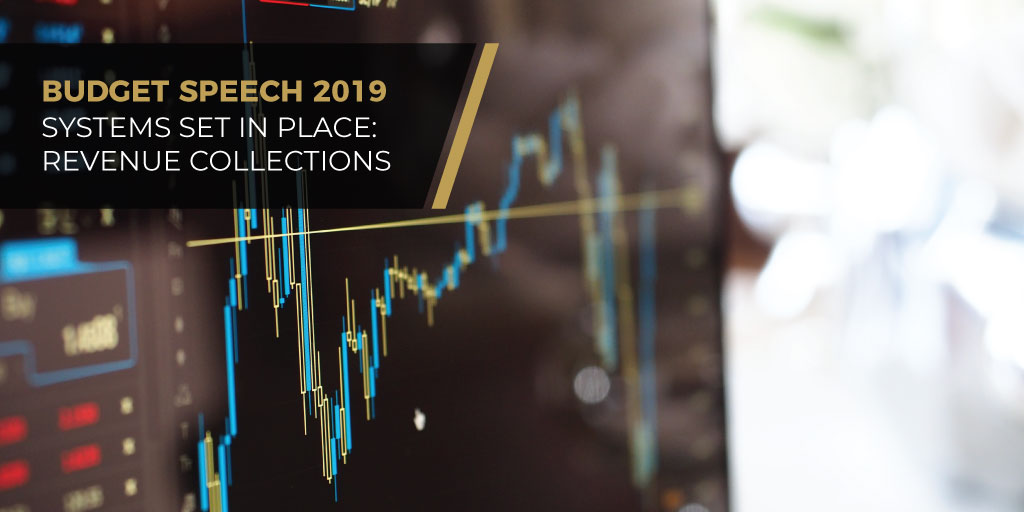 Since the interim budget speech in October, there has been a significant decrease in revenue. The revenue was decreased by R15.4 billion, which can mostly be attributed to the increase in VAT refunds over the past few months.

While the tax tables have remained unchanged, the Minister has mentioned that the tax free threshold of individuals (personal income tax) will be slightly increased to allow expansion in the tax base. This will potentially raise the revenue by R12.8 billion.

Another area of concern by relevant stakeholders is revenue collection and the uncertainty that exists within SARS. The Minister has assured taxpayers that a new Commissioner will be appointed within the coming weeks and this will hopefully provide some stability within the institution. Taxpayers have been weary since October 2018 when it was announced that the e-filing could be out of support. Now, the Minister has announced that SARS will be strengthening their IT team and systems. This is one department of SARS that is not only important and essential for the daily functioning of SARS but also for revenue collection. The large business unit for tax collection will be reinstated and launched in April 2019 to try and increase revenue collection.

While the 2019 budget speech seemed light hearted, taxpayers will ultimately feel the pinch in what seems a great effort in improving the state of the economy.