The Pretoria High Court delivered a profound judgment concerning the confidentiality of taxpayer secrecy on 11 November 2021. 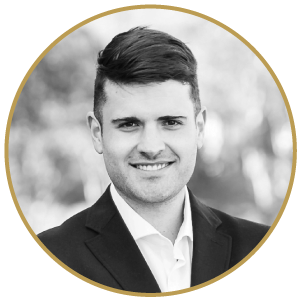 The High Court declared that the aspects of the Promotion of Access to Information Act No. 2 of 2000 (PAIA) and the Tax Administration Act No. 28 of 2011 (TAA) that limit the disclosure of taxpayer information are unconstitutional. The judgment means that SARS must hand over former President Jacob Zuma’s tax records to journalism outfits amaBhungane and Financial Mail. But the import of the judgment stretches far wider.

Chapter 6 of the TAA governs taxpayer secrecy, which precludes SARS from disclosing taxpayer information unless very limited circumstances apply. In essence, the disclosure must be expressly sanctioned by statute, or it must by disclosed by order of the High Court.

SARS regards the principle of taxpayer secrecy as sacrosanct. The institution contends that it is critical for proper tax administration, and it fiercely opposes any attempts to subvert it. It is under these provisions that previous efforts to gain access to Mr Zuma’s records were refused.

Financial Mail and amaBhungane approached the High Court to gain access to Mr Zuma’s tax records for the years that he was president, on the basis that such disclosure is in the public interest. This contention stems from the fact that there are numerous accounts in the public domain of non-compliance by the former head of state that remain unanswered. As the public we have a right to know if these accounts are true.

This brings us to the PAIA, which gives effect to the constitutional right of access to information held by the state, and any information required to exercise or protect any rights. While that is broadly the tenet of the PAIA, this Act, too, imposes its own limitations. Section 35(1) of PAIA, among other prohibitions, provides that any request for access to information obtained and held by SARS must be refused, unless the information relates to the requester.

Section 46 of PAIA contains the “public interest override”, which refers to instances where records that are otherwise protected under the PAIA must be disclosed, if it is in the public interest. Information held by SARS, however, is not subject to this exception. In other words, the TAA and PAIA compels taxpayer secrecy.

The judgment handed down by the High Court, however, upended this position and decreed that the secrecy provisions and those under PAIA that prevent disclosure are unconstitutional, as they do not take into account access to information as an exception. This aspect has been referred to the Constitutional Court for confirmation.

What does this mean for the public?

It must be stressed that the judgment will not mean the tax records of all and sundry may be disclosed. It will still only happen in exceptional cases. But it is nevertheless important for all taxpayers.

Undoubtedly, the public will be interested to know if the former president filed his returns and if he did so correctly. Remember, at the very least, this would mean that he paid fringe benefit tax on the security upgrades to his Nkandla residence.

If his tax records reveal that he was not compliant, it naturally raises the question of why SARS seemingly failed to take any action, given that his purported transgressions were public knowledge.

This brings us to the wider import of the judgment. Mr Zuma’s alleged non-compliance is not an isolated case. There are countless examples in the public domain, including those immerging from ongoing commissions of inquiry, of high-profile individuals who appear to have flouted their tax obligations. These are cases where, arguably, the public interest override can be invoked.

Without this mechanism, we will not know if these cases are being dealt with at all. If SARS is sitting idle, for whatever reason, the secrecy provisions shield it from having to answer some tough questions. From the public’s perspective, it may appear that SARS is either prosecuting selectively, or not at all. Either way, it chips away at taxpayer morality.

And that is ultimately what the judgment will confront. On the one hand, there is more transparency and SARS can be held to account where these cases are not answered. On the other hand, where disclosure of these records reveal compliance, or that SARS imposed the attendant sanctions, it boosts the public’s trust in SARS as an institution. In the long run, if the Constitutional Court upholds the decision, it will do a world of good for SARS and its relationship with the public.

Surf, Sun And Taxes: Ignorance Is Not Bliss