SURF, SUN AND TAXES: IGNORANCE IS NOT BLISS

Life on the seas can be a lot of fun, especially if you are young, adventurous and up for a challenge. However, with all the excitement and the newness of being on a vessel, it is easy to lose track of your financial matters. Tax alone can be a tricky topic when you are working on the high seas. 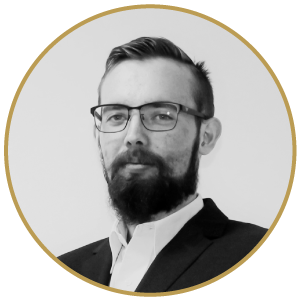 You might find yourself going from port to port far more frequently than you imagined, which can put you in multiple tax jurisdictions during one tax year. Keeping track of where you were and what you spent, can become complicated, especially if you earn a varied rate or receive payment in commissions or tips.

The South African Revenue Service (SARS), however, has gone to great lengths to remind South Africans working abroad, that ignorance is not bliss when it comes to neglecting your taxes.

Being never minded is no longer a valid excuse

By working on a yacht or any other seafaring vessel, South African taxpayers often develop a never-minded attitude about their tax obligations back home. Because they are outside of South Africa for prolonged periods, they could also be unaware of pertinent legislative changes to the tax laws in their home country.

Some seafarers misinterpret the tax exemptions that are available to them, while others prematurely assume they are exempt, only to find themselves in the throes of an expensive tax storm when they arrive back home. SARS has repeatedly showcased their abilities to backdate penalties and charges for non-compliance when they conduct audits, particularly on South African taxpayers earning foreign currency.

For this reason, seafarers should have a clear understanding of the two seafarer exemptions and how, or if, they qualify for relief from taxation in South Africa:

While these do offer some relief, they must still be formally claimed for the taxpayer to enjoy the benefits thereof.

Encouraging compliance through auto-assessments and penalties

SARS has launched an online auto-assessment, which automatically populates with estimated values on a taxpayer’s e-Filing profile. The auto-assessment is a new approach taken by SARS to expedite tax returns, though it still has many faults. It is important to note that, while the auto-assessment is meant to simplify the filing process for taxpayers with South African earnings, the system has no ability to determine any foreign employment income.

Seafarers who are not on a South African payroll system, should be aware that their assessments will not be reliable. Accepting an erroneous assessment provided by SARS can be highly dangerous and individuals who have done so, will not be able to claim ignorance when SARS requests to do an audit on their finances.

If individuals have neither accepted SARS’ auto-assessment nor submitted any changes to those auto-assessments, they will receive an assessment based on an estimate in accordance with section 95 of the Tax Administration Act, 2011. Should you be aggravated by the original assessment, the Request for Correction process allows you to correct a previously submitted return/declaration. If the Request Correction button is not available (e.g. greyed out), this means that you are not able to submit a request. In this instance, you will need to lodge an objection or take complex alterative steps to correct the submission.

In keeping with their promise to make the life hard and costly for non-compliant taxpayers, SARS also released a communication about a change in the legislation for the penalty rule for late tax return submission. SARS will now levy penalties from 1 December 2021 where one (previously two) of more returns are outstanding. Furthermore, it is important to remember that the 2021 annual returns submissions were due on, or prior, to the deadline of 23 November 2021. Surprisingly, this deadline has been pushed back to 2 December 2021, giving taxpayers a final chance to submit their returns.

Provisional taxpayers, on the other hand, have until 31 January 2022 to fulfil all their filing obligations. Penalties will be levied on taxpayers who fail to submit their income tax returns by this deadline, unless SARS decides to push this deadline back as well.

With the more stringent processes taken by SARS, yachties, ship crew and rig workers are no longer sheltered from tax penalties originating from the late submission of tax returns. To avoid unnecessary exposure to tax, it is important to make sure that your returns are submitted on time.

SARS is fishing for non-compliant taxpayers who use negligence or ignorance as their defence for not filing their taxes promptly. Due to the intensity of working on a seafaring vessel, it is a good idea to involve a tax professional who can dispel the clouds before the storm breaks.

SARS Is Now Issuing Letters Confirming Non-Residency – What Does This Mean...