FINANCIAL EMIGRATION REMAINS THE CLEANEST ROUTE OUT OF SOUTH AFRICA

The process of financial emigration, which is the process that allows a taxpayer to formally place themselves on record as a non-resident for tax purposes with the South African Revenue Service (SARS), recently changed and came into effect on 1 March 2021.

Jonty Leon, Legal Manager (Expatriate Tax) at Tax Consulting South Africa, says the company has seen an increased volume of inquiries regarding the benefits of financial emigration, the new process, as well as the timelines involved in financial emigration.

As SARS will no longer be able to tax an individual on their worldwide income and assets once they have ceased tax residency of SA, the institution has ramped up its collection power to ensure the taxpayer has truly met the requirements to cease tax residency. This translates to more in-depth audits from SARS to ensure these taxpayers meet the criteria of non-residency.

The taxpayer must then pass two tests to determine tax residency outside of South Africa, namely the Physical Presence test and the Ordinarily Resident test.

After this, they can submit an application with full supporting documentation to SARS for an Emigration Tax Clearance Certificate. The application will include an “exit tax” that is calculated on certain worldwide assets as well as a declaration of all South African assets and liabilities. Only once this has been audited and approved by SARS can the taxpayer consider themselves a non-resident for tax purposes.

Leon concludes by advising people to partner with a reputable tax advisory firm with experienced, admitted attorneys in their team. “Taxpayers must follow the most transparent, formal route to financially emigrate to ensure a taxpayer can overcome their burden of proof when ceasing tax residency.” 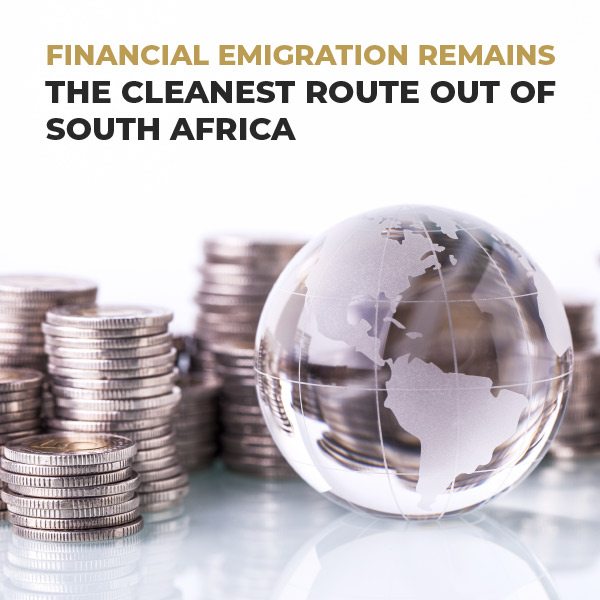 NEWS | CRYPTOCURRENCY TAX: THE CANARY IN THE COALMINE

NEWS | RECRUITMENT – THE FINAL PIECE TO A REIMAGINED SARS
Visit the Government Portal for the latest updates on COVID-19.
+
Scroll to top