RECRUITMENT – THE FINAL PIECE TO A REIMAGINED SARS

SARS has taken a critical step in rebuilding the revenue authority by launching a massive recruitment drive. SARS is looking to appoint 370 experienced and highly skilled individuals, as well as 200 legal, accounting and other graduates in the fields of tax, customs and auditing.

These additional resources will enable SARS to fulfil its promise to crack down on the wealthy and to criminally prosecute delinquent taxpayers.

This announcement marks two years to the day since National Treasury announced that Mr Kieswetter will take over the reins at SARS on 1 May 2019. Since then, we have heard of several initiatives to rebuild SARS, specifically directed at enforcement.

But the elephant in the room has always been SARS’ ability to follow through on its strategic objectives, given its capacity issues. However, with an additional budget of R3 billion, SARS has taken a critical step in achieving its objectives; a drive to replenish the resources lost under the previous administration.  With this move we can now expect to see SARS’ initiatives being implemented.

The Minister of Finance made it clear as day that enforcement among wealthy taxpayers will be central to SARS’ strategy in coming months. It is reported that several individuals have already been identified for investigation and will receive notices in April 2021.  Those who remain sceptical about SARS’ ability to do so should have a closer look at the recruitment list.

Among the experienced hires, SARS is looking to employ a Director of High Net Worth Individuals, who will be complimented by specialist investigative auditors that will be appointed to focus on this segment of the tax base.

The once far off idea of lifestyle audits, detection of offshore assets and the untangling of complex trust structures is now a reality. The window of opportunity for these individuals to apply for voluntary disclosure relief (VDP) is closing rapidly.

More importantly, the recruitment list has a strong message for the entire tax base – the appointment of criminal investigators. Most should know by now that the bar for criminal prosecution of tax offences has been lowered.

SARS and the NPA pushed for this law change specifically because they found it too difficult to prosecute taxpayers for minor tax offences. With the promulgation of the tax Bills in January, SARS and the NPA no longer need to prove that you had the intention to be non-compliant; you can be held criminally liable if you negligently fail to meet your tax obligations. The transgressions that could mean a potential prison sentence include failing to update your registered details, not responding to requests for information and not retaining documentary records.

The recruitment list reveals, unsurprisingly, that SARS intends to make use of this law change, to enhance its deterrence factor.

The recruitment release, titled “SARS – A future reimagined”, on the one hand sends a very positive message to taxpayers – government is committed to restore SARS to the revered institution it once was, where SARS officials were motivated by SARS’ “higher purpose” to serve the people, a mantra instilled by the first Commissioner for SARS, Mr Pravin Gordhan.

On the other hand, it serves as a cautionary notice to those who have succumbed to the decline in taxpayer morality – non-compliance will no longer go undetected, and it will be costly. If you have treated SARS with contempt you should perhaps see this announcement as their final warning to speak to them via the VDP, before they speak to you. 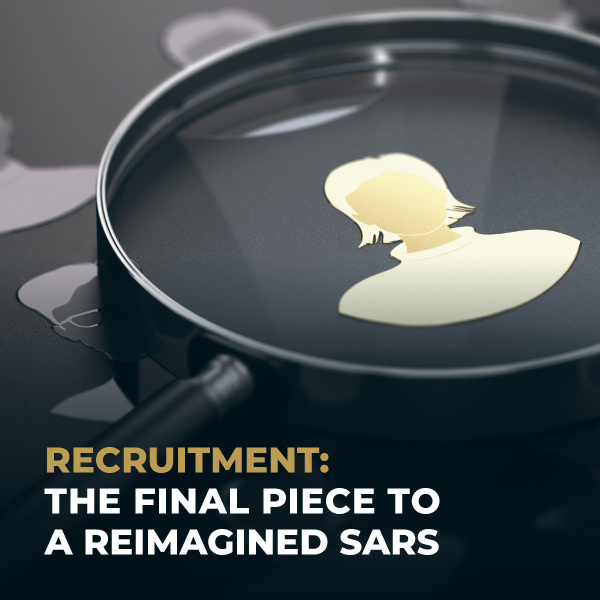 NEWS | SARS MAY BE YOUR FOLLOWER ON SOCIAL MEDIA