FINANCIAL EMIGRATION: SHOULD I STAY, OR SHOULD I GO?

Whether working abroad or still hunting for jobs overseas, the possibility of a financial emigration always hits centre stage at some point. 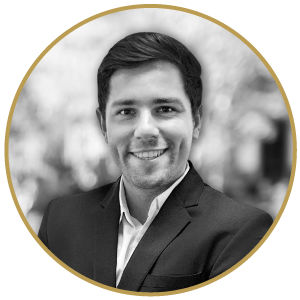 Tax is inherently complex, but once you start crossing borders it becomes an ever-changing calculation that can easily render void the benefits of earning a foreign income, which was possibly the reason why you chose to work abroad in the first place.

While you are between tax jurisdictions it is important to obtain guidance on the different options available to you. On one hand, you might qualify for tax exemption on your foreign earnings, but you could still face double taxation on any money over the threshold. On the other hand, you might be planning to make your move a permanent one, in which case it might be wise to start looking at financially emigrating.

What is an exemption on foreign income?

Under section 10(1)(o)(ii) of the Income Tax Act, No. 58 of 1962, expatriates received exemption on all their worldwide earnings. In 2017 National Treasury sought to repeal this exemption to limit double non-taxation, where South Africans were not taxed in their country of residence, nor in the country where they were sourcing their income. This exemption was deemed too generous by the National Treasury, particularly for South Africans working in countries with low- or no-income tax.

This repeal was opposed in Parliament by the Expatriate Tax Petition Group who were represented by Tax Consulting South Africa. These efforts resulted in Treasury only amending the law to say that foreign earnings will only be exempt up to a certain amount, given that the individual meets certain requirements. The amount has subsequently been amended to accommodate for inflation. Currently, if you are earning a foreign income that exceeds the R1.25m threshold, you will be taxed on your worldwide earnings above that amount, subject to possible tax credits in terms of section 6quat.

Be wary of bad advice

It is a common misconception that ceasing your tax residency or applying for relief under a Double Taxation Agreement (DTA) happen naturally, but that is not the case. It is also not as simple as ticking a box on your return, either. The “onus of proof” will always rest on the taxpayer, so they must make the effort to ensure that they have followed the correct process to qualify for exemption according to their specific tax position.

Expatriates are often advised incorrectly and operate on the assumption that they do not have to submit tax returns because there is a DTA in place with the country where the income is being sourced. This is very dangerous advice and should set off alarm bells. Even though the DTA may exempt you from paying tax, there is a strict test within each DTA to be applied before an individual can be noted as a non-resident for tax purposes in South Africa only for that specific year of assessment. If this is the case, that individual will still declare their foreign earnings to SARS, but it will be exempted under the specific DTA.

Furthermore, a DTA, after it is approved, is only valid for the year of assessment. In other words, the DTA process must be done annually to be listed as a non-tax resident, and you must still submit your annual tax returns.

Why do a financial emigration?

The reason many expatriates consider the financial emigration route is because they do not intend to return to reside in South Africa. By concluding the financial emigration first, they avoid having to apply for relief under a DTA or apply for the foreign income exemption which is subject to the constantly changing expatriate tax law. In turn, they are only subject to taxation in the country where they are working and any South African sourced earnings.

Your unique circumstances will dictate which option is best suited for you. The only way to obtain surety about the decision to emigrate, is to consult a specialist who will be able to weigh up the pros and cons of being exposed to international taxation, then to carefully work through every option before deciding on a course.

The Glitch In Our New Residency-Based System