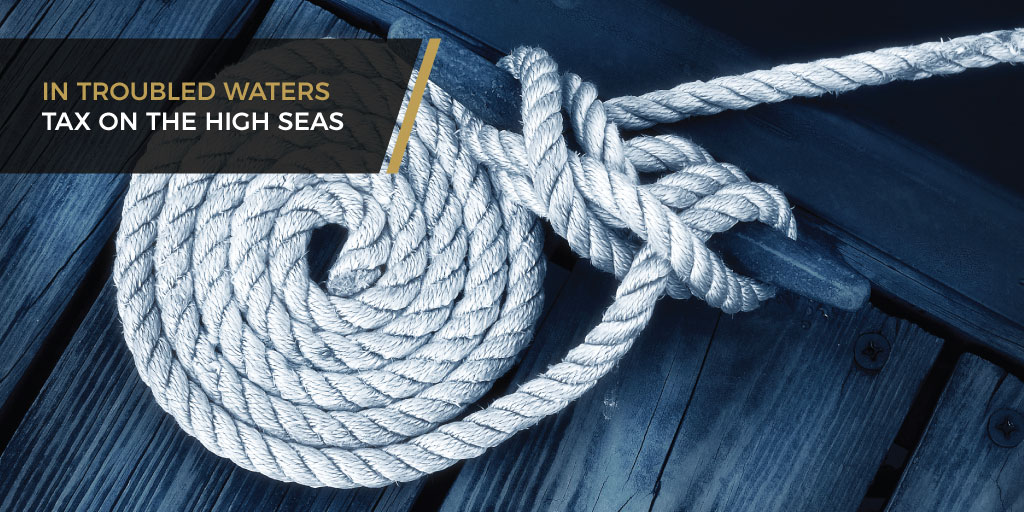 Life is better on the sea

Sometimes, those who have been living the corporate life decide to leave it all behind for a life working aboard luxury yachts. Some High school graduates take up the mantle of floating on seawater day in and day out in a gap year, but never depart the lifestyle. Either way, there are those out there who work and live on sea going vessels.

Forgetting the sun, sea and foreign lands you’re likely to encounter while navigating the globe, there is the tax benefit afforded to such seafarers.

The Income Tax Act makes provision in section 10(1)(o)(i) that any officer or crew member of a ship who spends 183 days outside the Republic, will have their remuneration exempt from income tax. Talk about a cherry on top.

Before you pack up and head for the nearest harbour, there are off course strict requirements to ensure such a tax exemption is applicable to you.

One such requirement is that the remuneration received must be as compensation under an employment. Naturally, when SARS comes knocking, an employment agreement will serve as proof thereof.

It’s important to note that an independent contractor does not qualify for the exemption. Which leads to a growing trend in the industry.

When those who are ambitious enough to seek a captains’ role seek to take the next step in their careers, certain requirements must be fulfilled in order to advance. One such requirement is the need for a prospective captain to spend around 240 hours in command of a vessel. Solitary control being the main factor.

Fact is, on even a 12-hour day, that’s 20 days of the captain needing to be absent. Given the nature of the industry, the number of days at sea and the limited time in which a captain is absent, the 240 hours becomes a rather significant mountain to climb. Especially where the prospective captain remains on the same boat consistently.

Time is money. Making both.

What many sailors are resorting to is charter contracts. A yacht owner will engage the individual to transport their vessel from, let’s say the Mediterranean to the Caribbean. For a fee of course. Thing is though, this is usually done through an agreement or a handshake.  Are you seeing the problem that is starting to grow?

Without having concluded an employment agreement with the owner of the vessel, the charter income earned is not subject to exemption. Fully taxable and in need of declaration. In our experience, many (if not most) of the sailors we encounter are unaware of this fact. They have been operating in this fashion for a number of years and have rather extensive tax liabilities.

When advising our clients on the liability, there are those who feel that there is no cause for concern and no funds should be declared. Given that SARS has undertaken to exchange information globally and with payroll and personal audits on the rise, it really is only a matter of time before those who have not declared their seafaring income are caught in SARS’ net.

Nautical puns aside, there is truly cause for concern for those who have not declared their income to SARS.

Which is why, for those sailors who approach us, we typically engage in a full tax diagnostic review of their affairs. Once we have established that a long-term lifestyle is the intention of our client, we undertake a planning structure to facilitate the optimal tax position as well as correct any historical shortcomings.