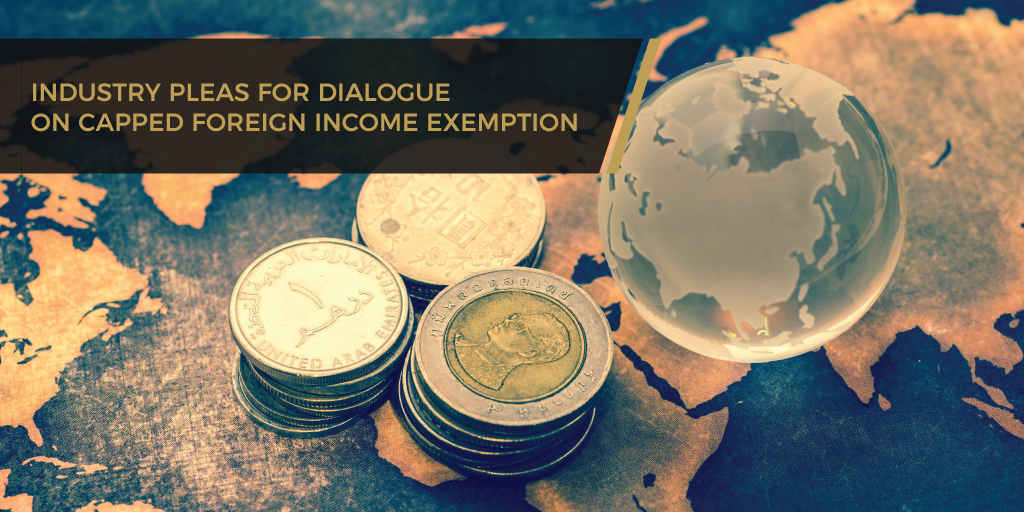 Several organisations have submitted proposals relating to the foreign income exemption for the 2019 legislative cycle.

National Treasury is sticking to its amendment to limit the tax-free income South African tax residents earn outside of the country to R1 million. Industry bodies are asking that the cap exclude benefits, which are “a necessity” in some countries.

The South African Institute for Tax Professionals (Sait), Tax Consulting South Africa, the Expatriate Petition Group (EPG) and the South African Rewards Association (Sara) are among the entities that have submitted proposals to be included in the 2019 budget review.

Tax Consulting said in its submission, representative of EPG and Sara members, that the limitation has been enacted “arbitrarily, and there appears to be no rationale” for implementing it or for setting the limit at R1 million.

“It has become evident that the R1 million exemption provides little relief for typical employer-sponsored assignees, who are normally provided with a number of assignment-specific benefits,” La Grange says in his submission.

“These benefits are not geared at enriching the assignees, but rather towards ensuring that they are no better or worse off due to their employer-initiated transfer, and at providing them with a quality of life as equivalent as possible to that which they would have enjoyed at home.”

EPG, with some 20 000 members, found that around 30% of the people surveyed worked in the United Arab Emirates; half are obliged to pay tax, and the average marginal rate is 15%. It also found that 26% of the expatriates’ foreign income consists of benefits and allowances such as medical aid, housing, school fees, security and hardship subsidies.

More than 70% confirmed that they would exceed the R1 million threshold if their remuneration package is converted to rands.

Sait says in its submission that residential accommodation is often a large part of an international assignee’s package, irrespective of whether they live in Rwanda or the UK.

Due to the high cost of accommodation, this benefit alone could erode the R1 million exemption, says La Grange. Sait proposes that employer-provided accommodation be excluded from remuneration.

This will be in line with many other countries that follow worldwide resident basis of taxation. He says the US has both a salary and housing exemption on its offshore exemption.

Tax Consulting’s Jean du Toit says that in some countries it may be a matter of absolute necessity to have a driver or security guards deployed outside your residence.

“In rand terms, the expatriate may earn a very sizeable package, but this is not reflective of their actual buying power in the country where they work.”

According to Du Toit, companies will have to gross-up remuneration packages to offset the increased taxes in order to be able to offer market-related net pay.

“This places South African expatriates at a consequential disadvantage, as it would be more economical for companies to appoint a resource from a different jurisdiction.”

In their submissions, Sait and Tax Consulting, representing EPG and Sara, say another considerable flaw in the limitation on tax-free foreign income is the fact that it is expressed in rand terms.

La Grange says the volatility of the rand increases the risk of operating in South Africa for multinationals. “It is proposed that the exemption be pegged against a more stable foreign currency, especially considering the fact that the salary packages of the majority of the individuals will be based in a foreign currency,” he wrote in Sait’s submission.

Tax Consulting, using XE Corporation’s historical rates, says fluctuations in exchange rates over the past decade have been glaring. For the rand/US dollar it was 106%, rand/euro 61%, rand/British pound 33% and rand/Emirati dirham 106%.

“Essentially, a factor such as the political climate in South Africa, or which member of the cabinet retains their job, may dictate how much tax expatriates have to pay,” says Du Toit in the Tax Consulting submission.

He says it is imperative that these issues be addressed prior to implementation of the exemption to ensure clarity on policy direction and expectations for South African expatriates.

Sait says it appreciates the decision to keep the exemption in place (treasury initially proposed the complete scrapping of the foreign income exemption), but would like to have the opportunity to further tweak it.

“The intention is to protect South Africa’s attractiveness as both a headquarter destination, as well as for inward bound investments,” La Granges states in the submission.

In troubled waters: Tax on the High Seas

Outcome of the National Treasury workshop held on 7 December 2018