Is Your Organisation Paying Women What They Are Worth? 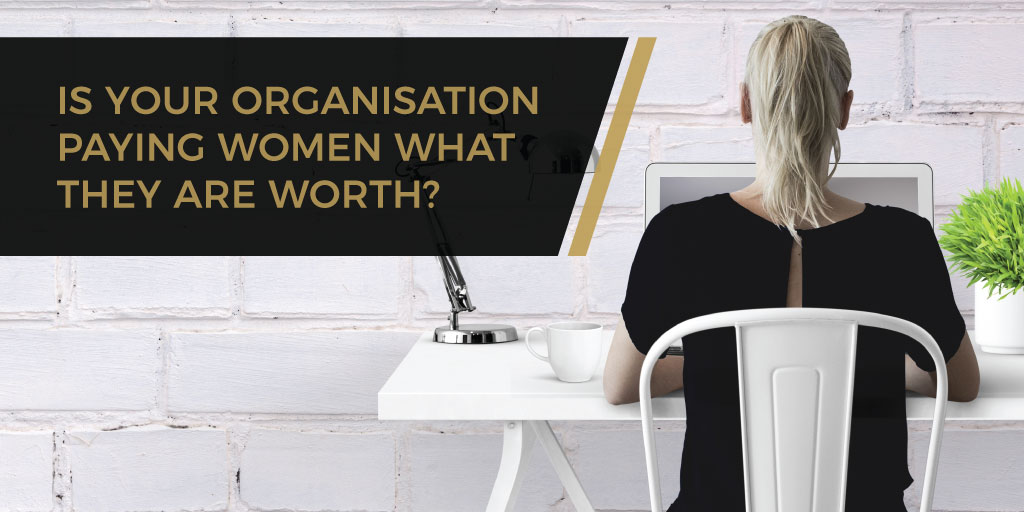 Women tend to have higher levels of emotional intelligence and empathy compared to their male counterparts, and often promote delivery of soft benefits that may be overlooked in a purely commercial approach to business. Although these are essential to sustainability and human development, especially in Africa.

In South Africa we celebrate Women’s Day on the 9th of August, in commemoration of the Women’s march at the Union Buildings in 1956 to protest the pass laws. It is an opportunity to pause and reflect on the role of women in our society and in the workplace.

Look after your assets

Whether in government or in your organisation, women represent an asset, one that needs to be nurtured, developed and compensated fairly. Unfortunately, there are still earning discrepancies between women and men holding the same or similar jobs.

Our Constitution prohibits discrimination of any sort, and the Employment Equity Act ‘protects workers and job seekers from unfair discrimination and provides a framework for implementing affirmative action in the workplace’ (source), but until recently equal pay for work of equal value was not explicitly decreed in legislation.

Possibly one of the most noteworthy inclusions in the Employment Equity Amendment Act 2014 was the introduction of the right to ‘equal pay for work of equal value’, which was added as a sub-clause to Section 6. The amendments, which came into effect on the 1st of August 2014, render it against the law to discriminate unfairly between employees doing the same work or work of equal value in terms of their remuneration and working conditions.

What this means in practice

Despite legislation, wage discrepancies still exist because the work women do is often undervalued and underpaid in relation to that of men. In some jobs that are traditionally and predominantly done by women, such as childcare, it may be difficult to find a male who performs the same or similar work or work of equal value.

But the concept ‘equal pay for work of equal value’ means that, even if a woman is employed in a traditionally female working environment, if her work has the same value as that of a man working in a male environment, then both must be paid similar wages, regardless of differing job descriptions. A good example could be seen in the mining industry. Because it is traditionally masculine, women entering the industry that have the same experience, qualification and doing the same job as their male counterparts are not paid equally. This is exactly what the act is addressing and attempting to correct.

South African society, in all its cultural representations, was historically patriarchal. Women were often disempowered and even oppressed. But as the 1956 March in Pretoria demonstrated, and as the steps of the Union Buildings commemorate, women have always been able to inspire the nation with their courage and determination.

Women such as Charlotte Maxeke, Helen Joseph, Lilian Ngoyi, Raheema Moosa, Ruth First…to name but a few…were instrumental to change the course of history. Despite the efforts of these influential activists, women have suffered considerable discrimination in the workplace.

Inequities persist to this day, with females holding a disproportionate percentage of low-paid and part-time jobs. Former President Thabo Mbeki stated, “No government in South Africa could ever claim to represent the will of the people if it failed to address the central task of emancipation of women in all its elements, and that includes the government we are privileged to lead.”

Today 42.6% of positions in Cabinet are held by women. Compared to 1953, when Helen Suzman was elected Member of Parliament and was the sole female in the government of the day.

How does your organisation measure up?

Do you comply with Section 6 of the Employment Equity Amendment Act?  It could be beneficial to your company to perform a remuneration analysis to determine how well you comply.  Once completed, the pay parity within your organisation speaks for itself.

As soon as pay parity is established, offering a flexible benefit selection is the next step – speaking to the personal financial and lifestyle demands of your employees, including the various needs addressing the generational gaps between women.

Unit Trusts under Treasury’s spotlight
Visit the Government Portal for the latest updates on COVID-19.
+
Scroll to top