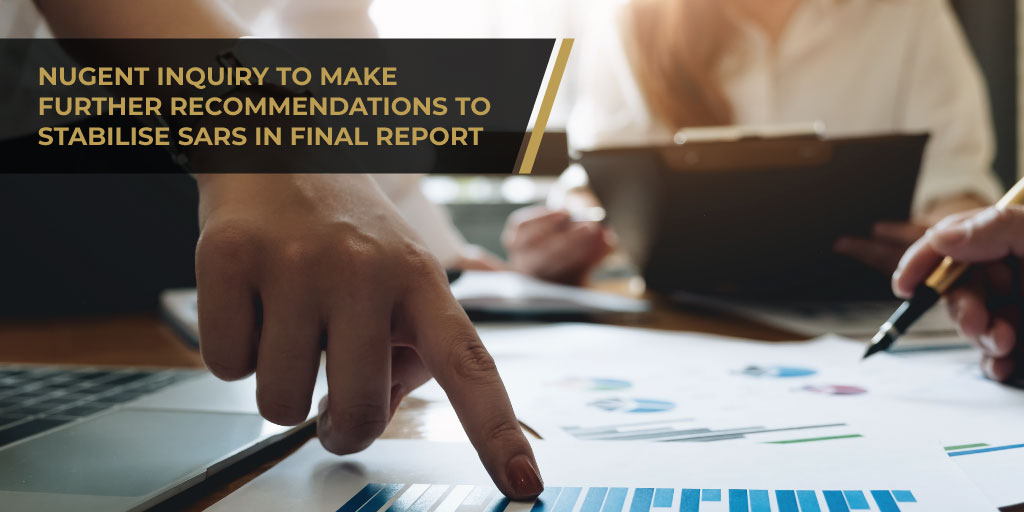 The Nugent Commission of Inquiry will hand over its final report to President Cyril Ramaphosa on Friday and it is expected to make further recommendations to stabilise the South African Revenue Service (SARS).

Axed SARS commissioner Tom Moyane lost a court bid on Tuesday to block the release of the final report, to overturn his dismissal and to interdict Ramaphosa from appointing his replacement.

The interim report by retired Judge Robert Nugent in October recommended that “a new commissioner be appointed without delay to remove the uncertainty at SARS and enable it to be set on a firm course of recovery so as to arrest the ongoing loss of revenue”.

The commission said the replacement of Moyane is not a “panacea” but the first measure to rectifying the “damage” at SARS and further recommendations in the final report will be fruitless without his removal.

Moyane was subsequently dismissed by Ramaphosa on November 1. He mounted a Constitutional Court challenge against the Nugent interim report but the apex court ruled he should turn to the lower courts first.

Ramaphosa appointed the commission of inquiry into tax administration and governance in May amid concerns over SARS missing collection targets, delayed value added tax (VAT) refunds and reports of governance issues.

Moyane was suspended in March by the president who cited the loss of public confidence in him. A disciplinary process was also instituted against him, chaired by advocate Azhar Bham, SC but Ramaphosa argued this fell away when he was dismissed.

Judge Nugent’s interim report said there was a climate of fear within the revenue agency and many employees who came forward to disclose information to be included in the final report, did so under anonymous terms.

“In those circumstances, the Commission will be taking account when making its final report of material furnished in confidence or anonymously, but will be relying upon information received in that way only with circumspection and corroboration or other means of verifying the information,” the interim report stated.

Tax Consulting SA was among the organisations to make confidential submissions to the Nugent Inquiry. Managing partner Jerry Botha said as tax practitioners, they have worked well with acting commissioner Mark Kingon since his appointment in March.

“We absolutely prefer a tax guy to be at the helm… we have seen more things concluded now … but it’s very difficult to say that all the problems are fixed. An acting commissioner can only do so much,” Botha commented to Fin24.

Kingon who has been at SARS for 34 years was previously the revenue service’s acting chief officer for business and individual tax. Botha noted that the revenue agency is responsible for very few tax policy decisions as these are made by National Treasury and SARS just has to execute them.

“Contrary to popular belief, we [tax practioners] don’t want a weak SARS head, we want good compliance,” Botha said. The presidency confirmed the position of SARS commissioner is yet to be advertised.

International tax: It’s about the company you keep

Countdown to the Commencement of the Amended South African Expatriate Tax L...