AND KEEPING THEM HONEST

The filing of tax returns has evolved from manually submitting your returns to everything being done on the e-filing platform. Taxpayers are in some instances forced by SARS to use the e-filing process and this is Constitutionally allowed and administratively fair, as SARS is obligated under law to operate efficiently as possible.

Therefore, most tax practitioners hold their client’s e-filing profile as this ensures administrative ease and that all SARS notices and other deadlines are informed to the tax practitioner, who is then contractually and under professional rules obligated to fulfil their mandate.

What should the taxpayer do when they become the victim of a tax practitioner or accountant, holding onto their e-filing profile; effectively keeping you at ransom? An example is there being ‘some excuse’, perhaps even an inflated invoice for services, why they do not want to release the tax profile.

Taxpayers do not only have strong rights against SARS, but they also have the law on their side when their tax practitioner or accountant operate outside the scope of law. For example, the retaining of a taxpayers’ e-filing profile is not allowed, and the tax practitioner has no retention right!

The above occurrence was further confirmed during January 2020, when the South African Revenue Service (SARS) informed the Law Society of South Africa that some tax practitioners are refusing to release taxpayers e-filing profiles when requested to do so. SARS has also expressed the view that withholding of a profile is a criminal offence under section 237 of the TAA. This phenomenon was also observed by the South Africa Institute of Tax Professionals (“SAIT”). SAIT has communicated to its members that there is an influx of complaints against tax practitioners and referrals from SARS in terms of Section 241 of the TAA, occurring from the failure and/or refusal to release a taxpayer’s e-filing profile. SAIT has correctly informed its members that taxpayers’ e-filing profiles are not subjected to any retention right under any circumstances.

Taxpayers should not be held hostage by their previous tax professionals that are taking the law into their own hands and illegally withholding taxpayers’ e-filing profiles; well-knowing that taxpayers may face exorbitant penalties and criminal sanctions in terms of the TAA. Taxpayers should simply know their rights, not just against SARS, but also their advisors and actively enforce their rights. 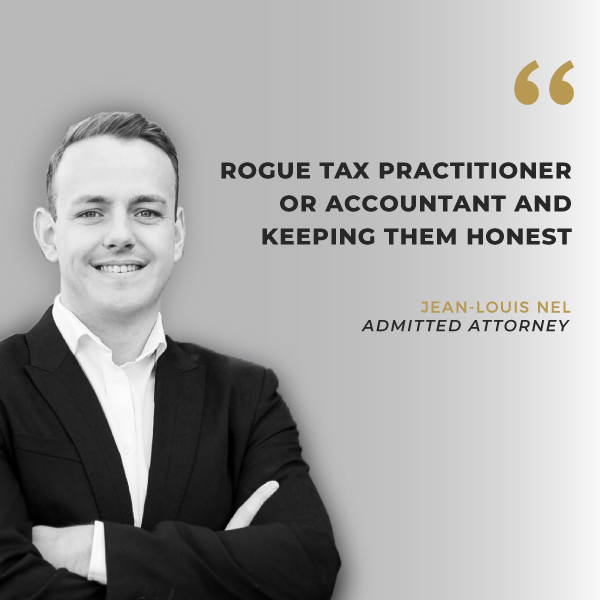