THE STATE NEEDS WEALTH TO ESTABLISH A SOVEREIGN WEALTH FUND

The notion of creating a sovereign wealth fund for South Africa is a contradiction in terms. Jean du Toit, senior admitted attorneys at Tax Consulting SA, says this would imply that we do have surplus funds.

President Cyril Ramaphosa said in his state of the nation address earlies this month that government has decided to establish a sovereign wealth fund “as a means to preserve and grow the national endowment of our nation, giving practical meaning to the injunction that the people shall share in the country’s wealth”.

South Africa currently has a mountain of debt and it is plagued by loss-making state owned enterprises that thrive on government bail-outs.

Du Toit says the country is really not in a position to entertain a sovereign wealth fund. According to the international Sovereign Wealth Fund Institute a sovereign wealth fund (SWF) is a state-owned investment fund or entity that is commonly established from balance of payments surpluses, official foreign currency operations, the proceeds of privatizations or fiscal surpluses.

The objectives are to protect and stabilize the budget and economy from excess volatility in revenues or exports. It can diversify income from non-renewable commodity exports or earn greater returns than on foreign exchange reserves, the institute notes on its website.

“The most common practice for countries with excess money is to create an offshore fund that invests in various asset pools which effectively diversify the state’s assets,” says Du Toit.

Countries like Malaysia and Singapore have developed a different model where the income from state owned assets are pooled into a single fund where it is administered and managed, he notes.

SA may have the Malaysian and Singapore model in mind.

“However, this will require good governance and good management of state owned entities. The investments must be driven by solid commerciality, as opposed to politics, otherwise it will not achieve the desired objectives.”

In a perfect world a SWF enables governments to diversify their economies by generating income from other sources, if it is heavily dependent on commodities.

Du Toit refers to Nigeria’s fund which is managed quite successfully, despite general concerns about the state of governance in the country.

If there are proper governance structures in place and where it is managed effectively, it certainly has merit.

“I can only speculate that they (government) would like to use such a fund for development and to further distribute wealth,” says Du Toit.

“It is unclear how and from where government will raise the money to create such a fund. The president did not elaborate,” remarks Du Toit.  He knocked the ball to Finance Minister Tito Mboweni.

Mboweni will deliver his annual budget next week where more details on the fund may be announced. 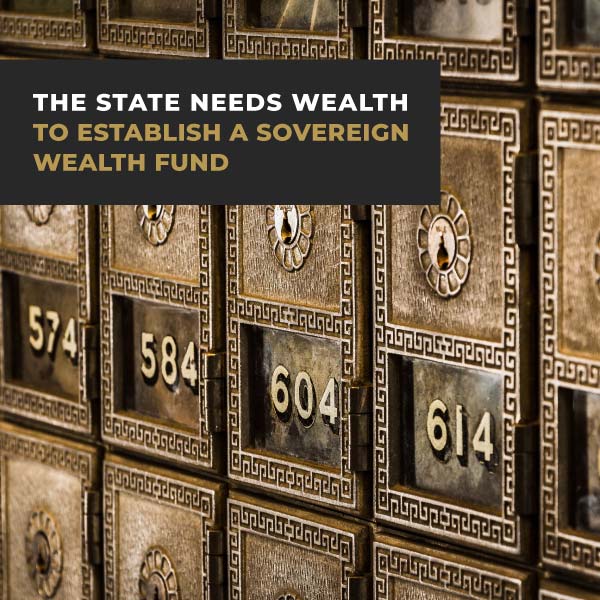 NEWS | ROGUE TAX PRACTITIONER OR ACCOUNTANT AND KEEPING THEM HONEST