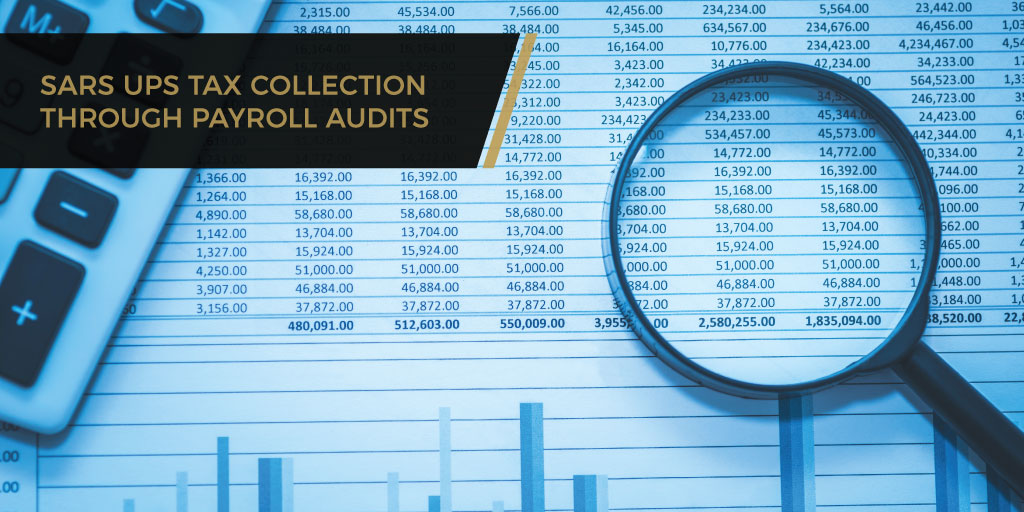 Despite the promising initiatives implemented under the South African Revenue Service’s (SARS) acting Commissioner Mark Kingon, its tribulations in meeting its collection targets have not yet waned, with payroll audits falling under its enhanced collection efforts to make up the shortfall.

The simple reason behind SARS’s targeting of payroll when it needs extra taxes, is purely because of its tendency to contain errors. Not only are there many instances where mistakes can occur, but such mistakes are magnified by the size of a company’s payroll.

In the case of a large payroll with many employees, even the smallest errors can leave a company with a large tax exposure, as these errors are proliferated across the employee base. In other instances, inexperienced payroll administrators simply do not know the law, which results in glaring errors such as failing to tax fringe benefits or paying lump sums without getting tax directives.

The truth is that SARS will find something, and most employers only become fully compliant once they have gone through the ordeal of a payroll audit conducted by SARS.

As if the challenges of a payroll audit are not daunting enough, a new trend has become apparent that makes it increasingly difficult to get a clean bill of health from the SARS audit team. Rather than identifying specific items that were inaccurately treated onpayroll, SARS has now turned its gaze to the financial statement aspect of payroll.

These statements are assessed by SARS for an understatement or short payment of employees’ tax purely on the basis that there is a discrepancy between the company’s payroll reconciliation and the cost of employment as reflected in the company’s annual financial statements. This is despite SARS’ awareness that not all amounts reflected in the annual financial statements undercostof employment should be processed to the payroll.

Nevertheless, the onus is placed on companies to dispute this and to explain why the amounts making up the difference is either exempt or not taxable. SARS is using this to get around the prescription periods to raise audits going back more than five years, maintaining that there is an element of fraud or misrepresentation when the taxpayer declared its employees’ tax to SARS.

Given the ease with which SARS can collect revenue by targeting payroll taxes, ahead-in-the sandapproach is ill-advised and will end in calamity. SARS will come knocking and the best defense is to ensure that your company’s payroll is unblemished and, if there are any issues, to submit a voluntary disclosure programme application before SARS institutes an audit.

There is no escaping an audit, the best course of action, therefore, would be to ensure that your company’s payroll is independently audited before SARS undertakes to do so.