I have been asked to give some comments on certain new group posts and hotly debated topics, which you have forwarded. I have not followed these, as there is an element of time wasting in re-hashing newcomers who have not followed this matter the past years, not made any contribution to the legislative process and make attention seeking posts, followed by a couple of insiders or clueless bystanders giving vastly incorrect statements traction.

My thoughts are as follows –

Financial emigration is simply a term used to comply with formalities, which is a legislated SARS and SARB (some call this EXCON) process, to get a non-resident tax and exchange control status on record. Professionally, I will legally defend anyone who has correctly followed the process including in Tax Court or further litigation, provided done in a valid manner. We have seen this processes being botched-up by many and questioning the importance of back-dated financial emigration means there is a fundamental misunderstanding of financial planning (I am also a South African CFP® and have own FSB number, but I do not sell policies or make money giving financial advice to clients). Why is back-dating so important? Simply because most expatriates are more wealthy now than when they left and you want to pay CGT deemed disposal (some call this the “exit charge”) on lower value and not higher value. It does not take any qualifications or much experience to understand. Why the confidence on defence against SARS? Anyone who has ever been to Tax Court (and I relatively certain many of these self-proclaimed experts have not even seen a South African tax return done correctly, let alone presented anyone in Tax Court, which is a normal event for us), knows there is one simple hurdle you must cross – Onus of Proof. The taxpayer carries this burden and is guilty until he or she proves himself innocent, otherwise the judge is compelled to accept the SARS assessment. Financial emigration does not only ensure compliance, but it also allows you to discharge the onus of proof.

Are there other alternatives? Of course they are, such as the DTA tax clearance certificates. This approach, however, comes with far greater risk and is an every-year costly approach, so less advantageous. Yet, we have many clients who do not qualify for financial emigration, so the DTA route is their only option. We have also had some ideas around solutions for expatriates who can neither do financial emigration, nor win under the DTA option (either no DTA country or the tie-breaker works against them as the family remains in South Africa, for example). The timing is, however, to early for this as the expatriate law change is not yet settled and as the Expatriate Petition Group, our focus should be on the next legislated cycle, which is our last chance. Some items of concern –

National Treasury and SARS can legislate anything they want, including that if you have a South African passport you remain tax resident. This is not as far fetched as one may think. The example we used when we negotiated the R1m exemption in the Parliamentary and National Treasury workshops come from the US, which allows a foreign earning exemption of roughly USD100k. The US taxes on passport, thus we must remain very responsible and careful in how we interact with authorities.

The next level is items such as fringe benefits, which must see tax relief. This is critical for all the rotational workers, oil and gas workers, workers on boats etc., otherwise the R1m exemption will not mean much for them. The gratuity paid to workers on termination of employment is also not exempt under section 10(1)(o)(ii) – read the SARS Guide if you disagree – and this item we must try and win at all costs. The foreign pension scheme tax rules are also against us and we have seen some shocking guidance from financial advisors hereon, but always backed-up by some no-name or “confidential” tax opinion. Please do not think SARS BPR 247 gives an answer. We obtained this Binding SARS Ruling 247 for a large corporate client and anyone who has done a Binding Ruling knows the sanitised published version does not reflect the rub of the matter. We have to get a favourable pension dispensation, otherwise many expatriates who think they will retire well, may find they have been misinformed and their financial advisor is long gone.

Therefore, to conclude, some of these experts draft so confusingly, it is very evident they just want to stir debate and it create attention. It may serve business interests, but not the expatriate group.

The group needs to focus on submissions on the fringe benefits, gratuities, protecting rotational workers and those who cannot do financial emigration or where the DTA is not a solid option.

Finally, I must note that very few members actually make financial contribution towards the group and its efforts. Barry is funding costs from his own pocket most members have lots to say to him or about him, plenty to financially gain, but nothing to contribute. 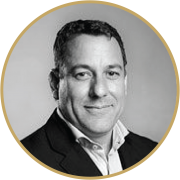 Tax Residency and Financial Emigration: Everyone is an Expert
Visit the Government Portal for the latest updates on COVID-19.
+
Scroll to top