In the recent case of CSARS v Clicks Retailers (Pty) Ltd (58/2019) (2019) ZASCA 187, the Supreme Court of Appeal (“the SCA”) sided with SARS in its interpretation of section 24C of the Income Tax Act, No. 58 of 1962. Contractors and others who avail themselves to this provision should heed the permutations set by this judgment, which was delivered on 3 December 2019.

Purpose of s 24C
Taxpayers who carry on a trade are entitled to deduct their expenses from their income for tax purposes. However, such deductions will only be permitted if they have actually been incurred during the year of assessment in question.

Practically, however, the nature of a taxpayer’s business, such as those in the construction and manufacturing industry, may be such that they receive amounts under a contract that will be used to finance expenditure to be incurred in future. An anomaly arises where income is received in one year of assessment and the expenditure is incurred in subsequent years of assessment.

Section 24C thus exists to provide relief to these taxpayers. The provision allows for a deviation from the general rule and permits a taxpayer to deduct amounts paid to them under a contract, for expenses that the taxpayer will be required to incur in a following year(s) of assessment.

In order to claim a deduction under section 24C, a taxpayer will need to satisfy the following requirements:

•   Income for the particular year of assessment includes or consists of an amount which is received or accrued under a contract; and
•   The Commissioner is satisfied that all or part of that amount will be used to finance expenditure which will be incurred by the taxpayer in a subsequent year of assessment in performing the obligations under the contract.

CSARS v Clicks Retailers
In the present case, the taxpayer (“Clicks”) sought to claim this allowance in respect of expenditure it had to incur under its ClubCard Loyalty Programme (“the Programme”). Clicks customers may apply to become a member of the Programme who would then receive a ClubCard. Holders of such a card would earn points with every purchase, to whom Clicks would issue vouchers at the end of reward cycles. The customer may then redeem the voucher when they make a subsequent purchase, so that it can be used in part payment of a basket of goods.

The future expenditure that Clicks was likely to incur was that which relates to the redemption of vouchers, where the customer would acquire goods at no or a reduced cost. The amount received in advance is that which was received upon the initial purchase generating the loyalty points and Clicks contended it was obliged to use these amounts to provide reward vouchers.

Clicks claimed the allowance on the basis that there was a “direct and immediate connection” between the qualifying contract of sale and the obligation to issue rewards pursuant thereto.

SARS disallowed these deductions on the basis that the “expense” incurred to provide vouchers did not arise from the same contract of sale that generated the income, thereby adopting a formalistic interpretation of section 24C.

In deciding the matter, the court referred to the judgment delivered by the SCA exactly one year before in the case of SARS v Big G Restaurants (Pty) Ltd [2018] ZASCA 179, 2019 (3) SA 90 (SCA), where the court expressly rejected the notion that the section may be applied where different contracts are “inextricably linked”.

On the strength of this decision, the SCA ruled in favour of SARS, confirming that the fact that the ClubCard contact may be inextricably linked to the initial contract of sale is of no consequence to the application of section 24C. In accordance with the wording of this section, the income and the expenditure must arise from a single contract.

Take away
This judgment restates the principle established in the Big G case, which was that section 24C must be interpreted and applied very strictly. In some instances, this will not be problematic, but one can understand why taxpayers would seek to avail themselves to section 24C where the components of a transaction are married. 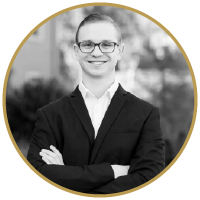 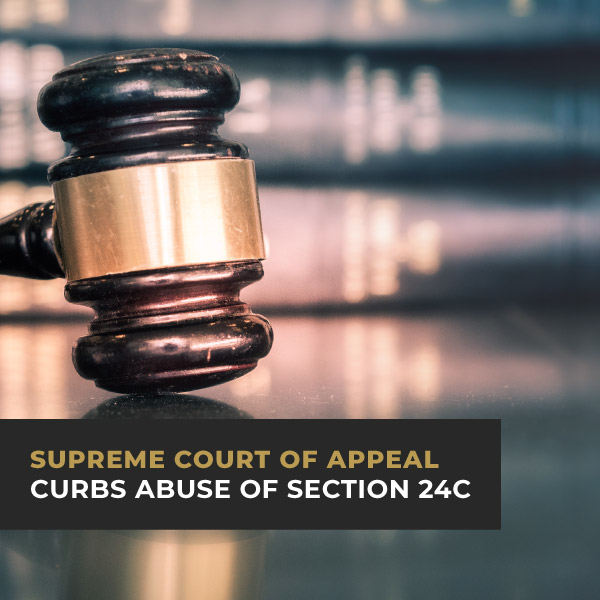 NEWS | TREASURY, WE TOLD YOU SO

NEWS | SOME TAXPAYERS ARE MORE EQUAL THAN OTHERS