TREASURY, WE TOLD YOU SO

National Treasury held the annual Annexure C Workshop on 4 and 5 December 2019, where items for inclusion in the 2020 legislative cycle were discussed. (Un)surprisingly, the amendment to the foreign employment exemption was on the agenda, AGAIN.

Water under the bridge?

The annual Annexure C workshop is held to address potential prospective legislative amendments, not those which are already set in stone. This begs the question, why is this still an item being discussed if the amendment was already announced and promulgated as far back as 2017?

Nevertheless, stakeholders availed themselves to this forum to ventilate their fears around the incoming amendment and, frankly, National Treasury had difficulty to allay them. It seems we are heading for a new dispensation under a massive cloud of obscurity.

How did we get here?

One must ask if this dilemma is a result of the affected parties leaving it until the eleventh hour to draw up their snag list?

Back in 2017, the amendment was introduced, which initially proposed a complete removal of the exemption. At that stage, there was no shortage of submissions to highlight the potential problems. In fact, in the face of preponderate pushback, National Treasury made a concession by allowing the R1 million threshold and postponing the effective date to 1 March 2020.

That was not the end of it; stakeholders continued to voice their concerns, which culminated in a special workshop in March 2019, to create a forum to debate any items of uncertainty stakeholders may still have. National Treasury did not have much to offer in terms of solutions at this stage either and the only comfort they provided was that SARS will deal with the issues in due course and that a dedicated channel will be established for this purpose.

In October 2019, SARS published a Q&A document and a draft of the updated issue of Interpretation Note 16 (which deals with the foreign employment exemption), which were compiled in an effort to shed some light on the practicalities of the amendment.

The dedicated channel was apparently established but for some reason SARS decided to not tell anyone about it. Moreover, the guidance offered by the Q&A document and the draft interpretation note raised more questions than it answered, which dragged the foreign employment exemption back to the spotlight.

In other words, the views shared during the Annexure C Workshop are not the complaints of a bunch of Johnny-come-latelies; they are the reiterations of those who have been largely ignored all along.

Unfortunately, there is no chance that there will be any changes to the amendment before 1 March 2020, that much is clear. But that is pretty much where any degree of certainty begins and ends.

Issues around fringe benefits, sequencing of remuneration, foreign tax credits, hardship directives and in particular how to deal with these from a payroll perspective remain undecided.

National Treasury tried to rebut the spirited submissions on the day by stating that these issues should have been resolved by sharing them with SARS long ago. In response, they were surprised to learn that public comments on the draft interpretation note only closes on 13 December 2019, which means that these comments will only be considered by SARS in January 2020. Seemingly, the left hand does not know what the right is doing.

It is therefore highly unlikely that SARS will find a panacea for all the ills that will come with the amendment before the deadline. Even if they by some miracle manage to do so by 1 March 2020, without legislative intervention mind you, it leaves no time for proper payroll development.

Heading for an iceberg

The truth is National Treasury and SARS were made aware of these concerns from the outset and to plead ignorance at this stage is simply not good enough. It seems we will have to traverse these unchartered waters without concrete guidance from National Treasury or SARS.

Most worryingly is the possibility that the problems that have been identified to date are just the tip of the iceberg. More problems will be uncovered as we stumble into a new era, not to mention the assortment of tax planning schemes we may encounter.

Only time will tell what the outcomes of this will be, but hopefully it may serve as a powerful lesson on what can happen if the legislature blindly forces through new legislation. 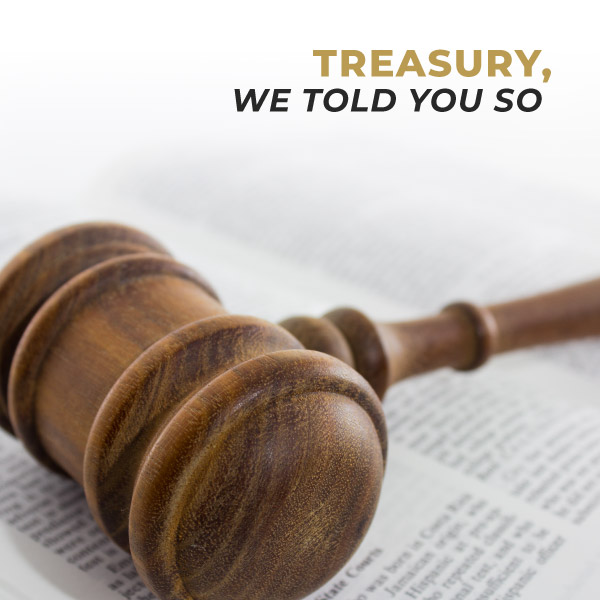 More News
NEWS | SOUTH AFRICAN TAXPAYERS MUST FAMILIARISE THEMSELVES WITH RELIEF FROM...