TAXPAYERS TO HEAD TO SARS’

BOSASA IS BUT A GLIMPSE OF THE FUTURE

The South African Revenue Service’s (SARS) raid of BOSASA offices is a reminder that SARS will deal with non-compliant taxpayers in a tough and effective manner. The BOSASA raid comes less than a year following the SARS announcement that it would be partnering with the National Prosecuting Authority (NPA) to combat tax evasion and low tax morality.

The raid follows a number of high profile moves, including the criminal prosecution of businesswomen Bonang Matheba and the public naming and shaming of 10 taxpayers with unpaid taxes, including footballer Teko Modise. The mutual collaboration between SARS and the NPA ensures that the freshly printed dockets stack high on the NPA’s desks.

SARS is not alone

The NPA is not SARS’ only partner. South Africa is one of the signatories who implements the Common Reporting Standards (CRS), in terms of which tax and financial information is exchanged on a global level in order to minimize worldwide tax evasion.

As of 1 September 2017, South Africa has commenced with the exchange of data with other signatories of the CRS to ensure transparency and more efficient tax administration. Financial institutions will give personal account information to SARS on an annual basis which will expose any offshore transactions as well as offshore investment structures. In reaffirming their commitment to international tax enforcement, SARS has again signed a memorandum of co-operation with National Treasury and the OECD Regulation and Development Division on 11 January 2019.

It was interesting to note that on the same day the BOSASA raids were being conducted, our firm was meeting with a new client who had been visited by the local Sheriff of the High Court. The Sheriff had served a warrant of execution on behalf of SARS and had proceeded to prepare an inventory of machinery and stock on the premises which the Sheriff intended sell at an undervalued auction to pay the SARS debt. The client, obviously distraught, sought advice as to his rights.

It might not make itself known in the media each week, but SARS is launching thousands of tax audits, inspections and court applications each year, from which it collects millions of Rands of additional revenue. Taxpayers who fail to pay their tax debts can expect SARS to take a quick judgment against them at the High Court. A scary fact is that SARS can take judgment without serving court papers on the taxpayer and this is why most visits by the Sheriff come as a huge surprise.

A nastier surprise for taxpayers is receiving a call from your bank that the full balance of the business account has been withdrawn by SARS. The fact is that it doesn’t play out like a movie – there is no drawn out court case with the tax collection agents, testimony by expert witnesses and a jury deliberation. Typically, the taxpayer is fortunate if SARS bothers to deliver a final letter of demand via eFiling before taking collection steps. Taxpayers who casually dismiss the letter do so with grave, and at times, life shattering consequences.

The sanction for evading tax is set out clearly in the Tax Administration Act (“TAA”). The taxpayer can face a penalty up to double the tax amount owed to SARS. This means that failing to pay tax of R100,000 could result in a penalty of R200,000 being imposed. Interest is levied on the tax amount until paid in full. More serious forms of tax evasion will be referred for criminal investigation and prosecution as the TAA gives a senior SARS official the authority to lay a charge with SAPS or the NPA concerning any offence related to tax evasion. If found guilty, a taxpayer faces up to 5 years in jail and a maximum fine in proportion to the period of imprisonment. The punishment for failing to pay tax can ruin you, and not just financially.

So where do taxpayers go wrong?

The most common instances of non-compliance we have seen include non-filing of returns and/or non-disclosure of:

Taxpayers, for the most part, seem to have no idea that SARS offers a permanent voluntary disclosure programme. Taxpayers are entitled to make an application for amnesty in exchange for full disclosure and payment of outstanding taxes. Depending on the facts of the claim and the provided all necessary documents and information has been provided, SARS may permit a full waiver of penalties as well as protection from criminal prosecution. This would then leave only the tax and interest payable to put to bed any non-compliance by the taxpayer.

We recommend that taxpayers wishing to make use of the SARS voluntary disclosure programme do so under guidance of a tax attorney with the necessary expertise who can provide legal privilege. 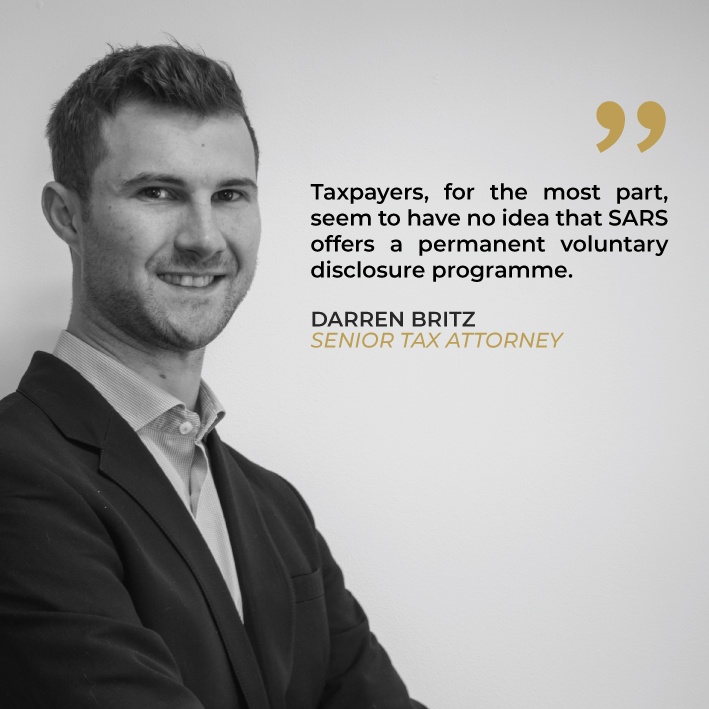 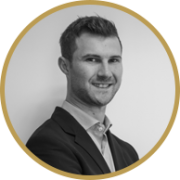 SPEAK TO OUR SPECIAL VDP UNIT FOR ASSISTANCE

NEWS | BRACE YOURSELF FOR THE EXPATRIATE TAX EXEMPTION