National Treasury has responded to some of the key changes proposed in its Draft Tax Law Amendment Bill (TLAB) and Draft Tax Administration Laws Amendment Bill (Draft TALAB) – including questions around emigration and harsher punishments for taxpayers.

Treasury was responding to submissions on the new bills alongside the South African Revenue Service (SARS) in a parliamentary briefing on Tuesday (14 October).

These changes are outlined in more detail below.

Treasury confirmed that it plans to change rules around financial emigration and the ability to withdraw one’s retirement funds, upon the conclusion thereof, replacing it with a new three-year lock-in period.

Over recent years, there has been a substantial increase of South Africans formalising their status as “non-resident” from both a tax and exchange control perspective, by using the financial emigration process, said Jonty Leon, legal manager for expatriate tax compliance at Tax Consulting South Africa.

With this, many had decided to withdraw their retirement funds from South Africa and invest in a more stable economy. The change is set to be introduced from 01 March 2021.

In in its response, Treasury said that the three-year rule is a mechanism to ensure that there is a sufficient lapse of time for all emigration processes to have been completed with certainty, without affecting such workers whose residence status changes for reasons other than emigration.

“The current system of financial emigration imposes lot of strictures, not least its requirement that individuals close bank accounts and credit cards and repatriate funds that are taken out above the limits if return to the country before five years has elapsed.

“The envisaged system as a whole will have much lower compliance burdens overall for those looking to move abroad, and therefore it is not useful to focus on the three-year requirement in isolation of the overall policy change.”

Treasury said that one of the main objectives of the reform is to modernise the capital flow oversight system in a manner that balances the benefits and risks of more mobile people, financial flows and cross-border transactions.

Now there is recognition that people’s working lives may well include a unique combination of periods spent in South Africa and abroad, it said.

“One possibility is emigration, with a multitude of possibilities on the continuum between emigration and a short business trip abroad. Policy design has to take all of these options into account, while the most vocal comments have focussed on only emigration.”

Treasury said that when South Africans contribute to pensions tax-free, the understanding is that tax is deferred until benefits are received upon retirement. Government did not intend to provide a tax incentive for funds to be used for emigration.

“Our attempt is to reconcile the choice to emigrate and electing to withdraw a retirement lump sum with the design principle of deferred taxation upon retirement,” it said.

“This also illustrates a horizontal equity point: tax residents who decide not to emigrate have to wait to retirement for withdrawals from retirement annuity funds.”

The regulations are expected to come into effect on 1 March 2021.

The groups also responded to issues surrounding the Draft Tax Administration Laws Amendment Bill (Draft TALAB) and the removal of the element of wilful conduct in respect of tax-related offences.

Under current tax regulations, a person must commit an unlawful act ‘wilfully and without just cause’ before the taxpayer could be found guilty of the offence.

The Draft TALAB proposes to amend the wording of these three provisions by removing the term ‘wilfully‘ from the legislation, thereby removing the obligation on SARS to prove intent before a taxpayer can be found guilty of one of these offences,

Critics have warned that the effect of these proposed amendments will be to criminalise negligent conduct – including genuine errors.

However, SARS pointed to its latest strategy plan and the ‘strategic objective’ of detecting taxpayers and traders who do not comply, and make non-compliance hard and costly.

SARS said that these taxpayers will experience a response ‘appropriate to the nature and degree of their non-compliance’, which progressively may include friendly reminders to more intrusive and investigative engagements that enforce compliance.

“Where necessary, hard enforcement may include court action, asset seizure and criminal prosecution. Non-compliant taxpayers and traders may under certain circumstances be named and shamed. The costs for non-compliance will be high and severe.”

SARS said that a balanced approach will be followed with a mix of proactive and reactive measures. 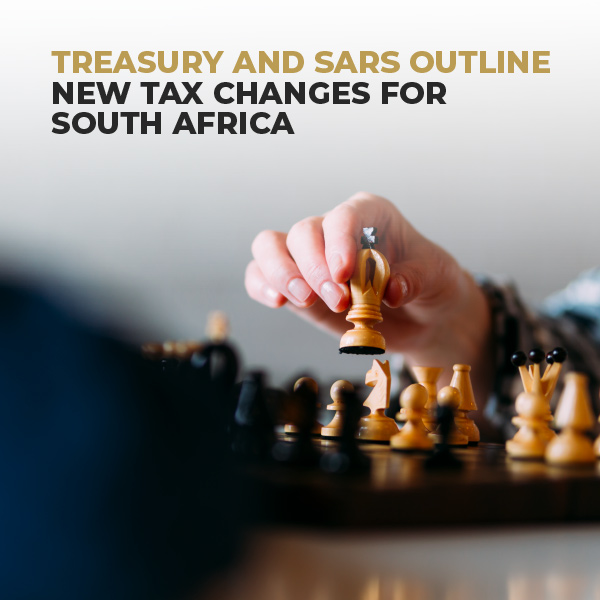 NEWS | UNDER-MANNED AND UNDER-FUNDED – IS SARS A SINKING SHIP?
Visit the Government Portal for the latest updates on COVID-19.
+
Scroll to top