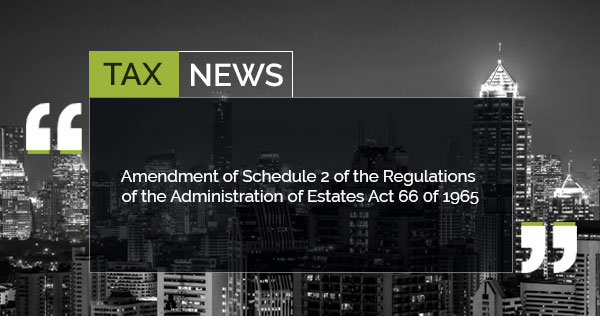 This increase will be on all estates of deceased persons or estates under curatorship or administration in terms of the Mental Health Care Act 17 of 2002 (with the exclusion of estates under the custody of an interim curator pending the appointment of an executor).

The amendment has the following consequences:

Government Gazette – 3 November 2017 – AmendmenA further amendment was announced pertaining to the fees charged for copies, certified copies and electronic copies at the Master’s Office. Kindly refer to the Government Gazette Number 41224 for the new charges.

The Canary in the Coal Mine for Taxpayers
Visit the Government Portal for the latest updates on COVID-19.
+
Scroll to top