Another Reason to Submit your Tax Return

You are here: Home1 / Latest News2 / Another Reason to Submit your Tax Return 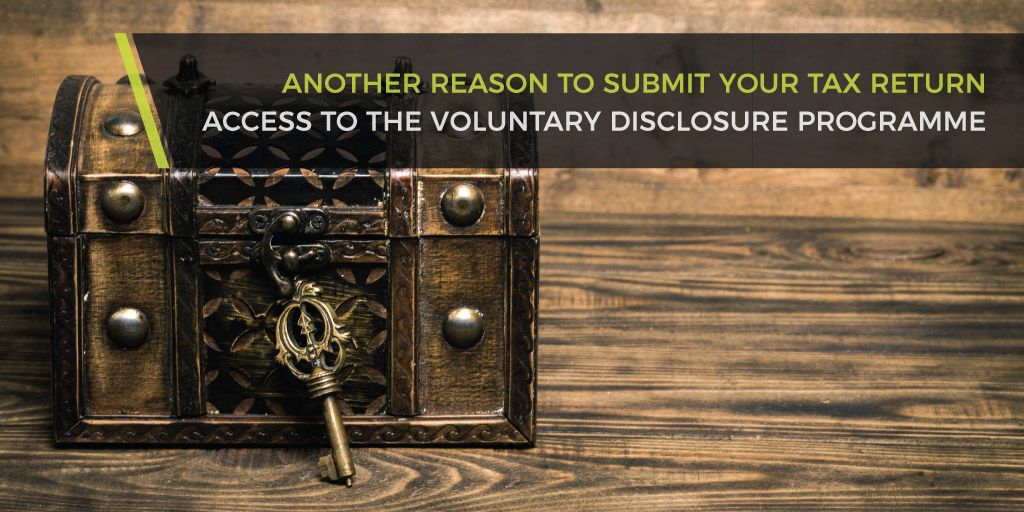 The South African Revenue Service (SARS) has created some nervousness in the South African tax base by embarking on an initiative to criminally prosecute taxpayers who fail to submit their tax returns. Whilst the threat of a criminal record and a fine ought to serve as sufficient incentive to submit one’s return, it is perhaps worth pointing out that submission of returns also gives taxpayers access to the Voluntary Disclosure Programme (VDP), which affords acquittal from far more serious criminal sanctions.

Criminal sanctions under the TAA
South African taxpayers are not unfamiliar with SARS’ aggressive implementation of the authority afforded to it under the Tax Administration Act No. 28 of 2011 (TAA) insofar as the collection taxes and the imposition of penalties.

With SARS’ new initiative, taxpayers have now seen that SARS’ powers go beyond imposing monetary penalties. Generally, failure to comply with the prescripts of the TAA amounts to a criminal offence, which is subject to a fine or to imprisonment for a period not exceeding two years. These offences, as we have now seen, may result in a fine and a criminal record, but rarely ends with the taxpayer behind bars.

A criminal record is certainly not something to brush aside, but the TAA also makes provision for more serious sanctions where there is intent to evade tax, which can result in actual jail time for the taxpayer.

Reprieve under the TAA – VDP
The TAA is, arguably, partisan to SARS’ cause, but it does offer non-compliant taxpayers some solace if they wish to come clean.

SARS allows taxpayers to avoid criminal prosecution and regularise their tax affairs by making a disclosure under the VDP, of which the benefits include:

Take Away
It is worth noting that the new initiative, to close more criminal cases, does not represent a widening of SARS’ powers, as it has always had the discretion to do so. What the initiative illustrates is SARS’ no tolerance policy on outstanding returns.

Taxpayers who are not deterred by the sanctions for not submitting returns must keep in mind that they cannot regularize other instances of non-compliance under the VDP, instances which carry far more severe sanctions.

6 ways you can save with tax deductions