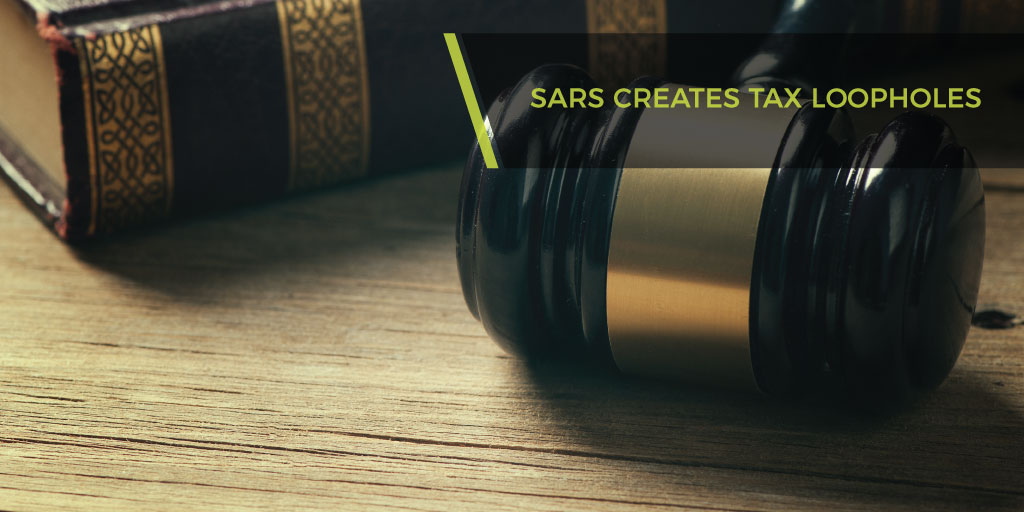 When is a SARS Tax Court case win actually a loss for the fiscus? After the recent SARS court case, dealing with the taxable income of foreigners working in South Africa, it is hard to argue that no-one is working harder than SARS to create tax loopholes for expatriate employees. If anyone in SARS disagrees, they may consider appealing their own win to the High Court or even Supreme Court of Appeal, to reset the well-established principles and balance of international and South African tax law applicable to foreigners working in South Africa.

On 9 March 2018, the Tax Court, Western Cape Division, delivered judgment in Case no 14218 in the matter of Mr X v the Commissioner for the South African Revenue Service. The line of attack by SARS and loss for Mr X may herald the greatest ever tax win for expatriates and if we knew Mr X’s identity, he must surely be on all foreign nationals’ Christmas Card list.

Mr X is employed by ABC Incorporated (‘ABC’), the South African branch of a company incorporated in the United States. Mr X’s total income from his employment with ABC for the 2014 year of assessment amounted to R10 437 708. Mr X in his tax return, declared an amount of R6 367 943 as income earned for services rendered in South Africa. The residual amount was attributed to services rendered outside South Africa, which Mr X contended should not be included in his taxable income.

SARS, however, sought to tax the entire amount on the basis that the residual amount is also from a source within the Republic. The basis of SARS’ argument was that the originating cause of Mr X’s total income was his contract of employment, which was entered into and exercised in South Africa. The court set forth a synopsis of SARS’ argument, which included inter alia the following notable points:

‘The originating cause of appellant’s disputed income is the contract of employment which was entered into in South Africa and exercised in South Africa for all days that he worked in S.A

Respondent’s counsel submitted that the source of the remuneration is the employment and not the services rendered by appellant to individualclients of the employer outside of S.A.’

The argument put forward on behalf of Mr X, had a more familiar ring to it. Counsel argued that the originating cause of his remuneration was the services rendered by him to his employer, and that such originating cause was located at the place where the services were rendered, being outside the Republic of South Africa.

The court zeroed in on the double tax treaty with the United States (‘the DTA’) and stated that the entire dispute hinges on the definition of ‘where the employment is exercised’, as provided for in Article 15 of the DTA (Dependent Personal Services).

The court then embarked on an interpretive exercise which was rooted in the principles laid down by the Vienna Convention on the Law of Treaties (‘VCLT’). Curiously, the court never mentioned or even hinted at the interpretive provision contained in Article 3(2) the DTA or the OECD Commentary on the Model Tax Convention (‘OECD Commentary’). The court applied the rules for interpretation proposed by the VCLT and came to the following conclusion:

The court then went on a linguistic tangent before it delved into section 23 of the Companies Act and certain contractual aspects of Mr X’s relationship with his employer.

For a brief moment, it seemed that sanity would have prevailed where the court cited the celebrated passage from Watermeyer CJ’s judgment in the Lever Bros-case, which explains how the source of income earned is to be determined. It appears, however, that the court merely paid lip service to what is unquestionably the leading authority on source.

The outcome for Mr X is that his total employment income, including that earned from rendering services outside South Africa, is regarded as being fully taxable. The outcome for South African jurisprudence is, arguably, more devastating.

It is perhaps worth pointing out that it was completely unnecessary for the court to try and reinvent the wheel here. Even if one, for a moment, ignores the comprehensive body of case law on this subject, one can simply consult the OECD Commentary on Article 15 of the DTA, which confirms that the source of employment income is where the services are physically rendered:

‘Employment is exercised in the place where the employee is physically present when performing the activities for which the employment income is paid.

In fact, this principle is so trite that even SARS has confirmed its view to be aligned with the OECD Commentary in its Guide on the Taxation of Foreigners Working in South Africa:

‘It is internationally accepted that income from employment should be taxed in the country where the services are actually rendered, irrespective of the place where the contract is entered into, where the employer is based or where the remuneration is paid. South African legislation and case law support this principle.’ (emphasis added)

Still, even in the absence of the OECD Commentary and the SARS Guide, the court’s interpretation should not have been any different had it used the correct interpretive approach.

Interpretation of the DTA

Before exploring other tools of interpretation, the court should have availed itself to Article 3(2) of the DTA, which lends some interpretive guidance to the reader:

‘As regards the application of this Convention at any time by a Contracting State any term not defined therein shall, unless the context otherwise requires or the competent authorities agree to a common meaning pursuant to the provisions of Article 25 (Mutual Agreement Procedure), have the meaning which it has at that time under the law of that State concerning the taxes to which the Convention applies, any meaning under the applicable tax laws of that State prevailing over a meaning given to the term under other laws of that State.’

Article 3(2) clearly states that terms should be given the same meaning ascribed to them under the tax laws of the country interpreting the DTA. It is important to note that this provision is very specific, in that it requires the relevant terms to be interpreted through the prism of tax law and that such meaning must prevail over any meaning thereof under other laws of the same country.

On the strength of this prescript, the term ‘where employment is exercised’ must be interpreted in accordance with South African tax laws. There is no need to consider the VCLT or other fields of South African law, such as the law of contract or the Companies Act, which preoccupied the court’s mind in this instance.  Seemingly, this is where a red herring was dragged across the court’s path. The court interpreted the term without due consideration to what the term could mean in the context of our domestic tax law specifically.

It must be acknowledged that the term ‘where the employment is exercised’ does not mirror the wording used in our tax law, an aspect the court recognised as the use of ‘international tax language’. The Supreme Court of Appeal in CSARS v Tradehold Ltd [2012] JOL 28890 (SCA) provides useful insight on this aspect:

‘Inevitably, they use [double tax treaties] wording of a wide nature, intended to encompass the various taxes generally found in the OECD member countries. In addition, because the double tax agreements are intended to encompass not only existing taxes, but also taxes which may come into existence at later dates (see article 2(2)), and bearing in mind the complex nature of taxation in the various member countries, inevitably the wording in the DTA cannot be expected to match precisely that used in the domestic taxing statute.’

The SCA goes further to give guidance on how to address this obstacle:

There can be no doubt that the term under consideration pertains to the determination of the source of employment income, which is a settled concept in our tax law. If the court had interpreted the term in accordance with Article 3(2) of the DTA, by giving it the meaning contemplated by our tax law, it would not have offended any rules of interpretation.

The words of Watermeyer CJ in the Lever Bros-case were all the court needed to avert this misfortune. However, despite quoting the relevant passage from the case, the court misinterpreted the term to mean something other than where the services are physically rendered.

This judgment clearly flies in the face of what has been entrenched by decades of jurisprudence, the OECD Commentary and what is categorically confirmed by the SARS Guide.

The learned Judge may be given slack, but perhaps not SARS

The problem often faced by judges is that the tax dispute can only be decided on the evidentiary documents in front of the court. Without having sight of what the taxpayer’s tax practitioner did prior to the appeal, when requesting reasons for assessment (rule 6), preparing the objection (rule 7) and filing the notice of appeal (rule 10); it is hard to comment on whether Mr. X’s legal team did a good job. If they did, they should appeal.

What boggles the mind, however, for which we struggle to find an excuse –

Perhaps we will only know when the next issue of the SARS Guide hereon is published, recognising the court’s decision as part of SARS policy, or perhaps better leave their own guide unchanged, in contradiction with their Tax Court ‘victory’.

Just before we get too excited, it should be noted that Tax Court does not have any inherent power and its decisions only have persuasive value and does not bind the Commissioner or taxpayers in other matters (section 173 of the Constitution). Expatriates should thus proceed with caution on how they enter into employment agreements and adopt a well-considered tax strategy before jumping to complete tax-free conclusions.

Another Reason to Submit your Tax Return

An incorrect IRP5 could jeopardise foreign income, travel tax claims
Visit the Government Portal for the latest updates on COVID-19.
+
Scroll to top