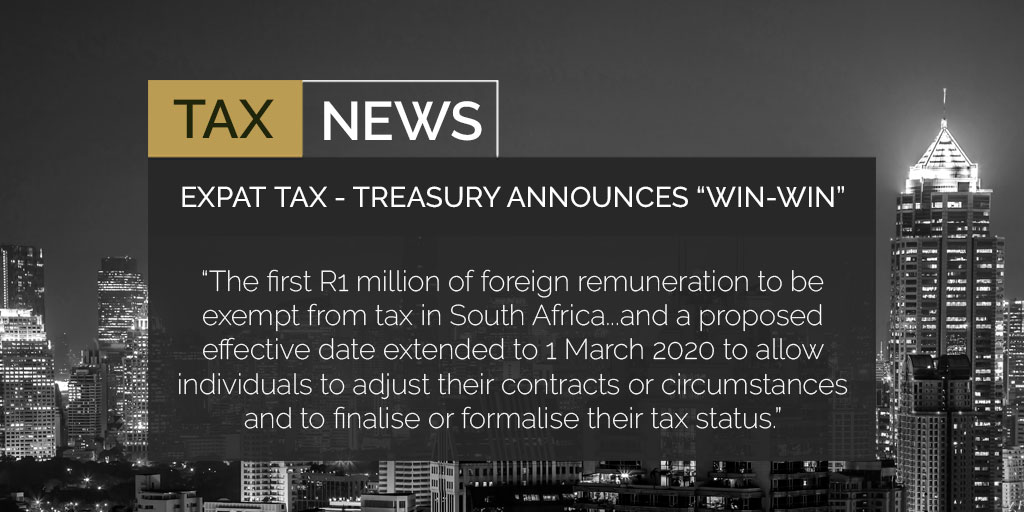 National Treasury confirmed in Parliament today that the law change forcing South African expatriates to start paying tax will be proceeded with and take effect.

However, the outcome is vastly more beneficial than what was originally proposed by National Treasury and Barry Pretorius’ “Expatriate Petition Group” can certainly lay claim to having shaped the law hereon, including negotiating a generous R1m tax exemption per year for expatriates.

The Chairman of the Standing Committee of Finance, Yunus Carrim, as well as the National Treasury team led by Christopher Axelson, must very much be thanked for undertaking a genuine consultative process. The main tax law changes as announced by National Treasury are:

“The proposal will be changed to allow the first R1 million of foreign remuneration to be exempt from tax in South Africa if the individual is outside of the Republic for more than 183 days as well as for a continuous period of longer than 60 days during a 12 month period. The exemption threshold should reduce the impact of the amendment for lower to middle class South African tax residents who are earning remuneration abroad. The effect of the exemption will also be that South African tax residents in high income tax countries are unlikely to be required to pay any additional top up payments to SARS.”

“To allow greater time for individuals to either adjust their contracts or their circumstances and to finalise or formalise their tax status, it is proposed that the effective date for this proposal is extended to 1 March 2020.”

Based on a survey done by Expatriate Petition Group participants, which was shared by TaxConsulting to National Treasury, the group’s appointed tax technical advisors; this indicates that at least 60% of South Africans abroad will not be paying any taxes on their employment income. They will remain taxable in South Africa on interest, dividends, rental income, capital gains. On these other classes of income and not gains, not linked to employment, the tax law has always been clear that these must be disclosed to SARS and taxed in South Africa.

The vast non-compliance by many South African expatriates abroad has been noted by National Treasury and SARS. Many expatriates have left and not considered it necessary to submit tax returns in South Africa, submitted zero tax returns to SARS, some even indicated that they are unemployed for SARS, whilst actually earning employment income outside. These expatriates are at risk and the very clear message from National Treasury and SARS is that they must get their affairs in order.

Also, many South Africans have simply left without formalising their affairs with SARS or the South African Reserve Bank. National Treasury is cautioning them softly to do the correct thing:

“The formalisation of the tax residency status of South African tax residents who left the country many years ago is to be encouraged”.

The tax law change has also not closed certain perceived loopholes for tax planning, which National Treasury and SARS have indicated their existence. At this stage, it is unclear whether this may be changed in future, otherwise these will remain acceptable tax avoidance planning. 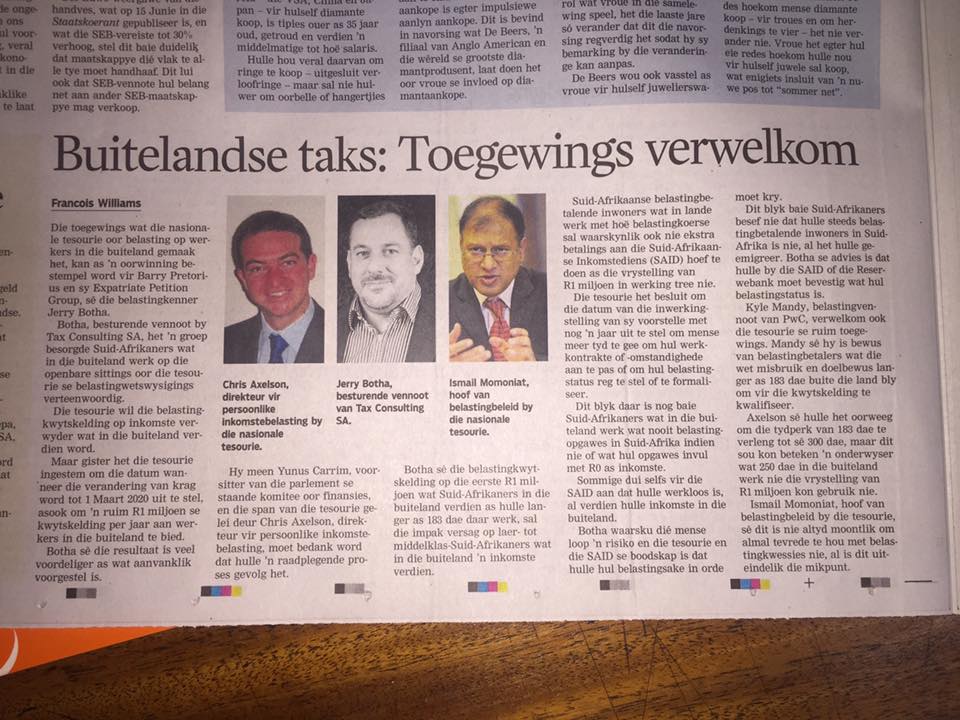