The situation is exacerbated by the fact that taxpayers have unimpeded access to quick and easy tax advice peddled by “experts” on social media. Worse yet, these pundits often have contradicting views, which is to be expected, as it involves an area of taxation that is multi-dimensional and quite complex.

We have seen particular discord in relation to the relief provided under a Double Tax Agreement (DTA), specifically where taxpayers wish to avail themselves to the relief under the residency article of the DTA. The below points aim to clarify the most prevalent misconceptions in these cases.

When it comes to income earned from employment, most DTAs give the sole taxing right to the country of residence, unless the employment is exercised in a host country, in which case (subject to certain exclusionary circumstances) both countries will have a right to tax the income in question. The result is that, as a South African tax resident, your income remains subject to tax in South Africa. The fact that the host country has a dual taxing right might bring relief when it comes to claiming tax credits in South Africa, but this is not the form of relief that informs our current discussion.

The relief that is far more powerful is that provided under the residency article of the DTA. If applied correctly, this article may override the provisions of the Income Tax Act, which means that a person may be regarded as non-resident by virtue of the DTA, irrespective of the fact that they meet the residency tests under domestic tax law. On the strength of the DTA, the taxpayer will be treated as a non-resident for a particular period.

The most dangerous misconception is likely that the mere existence of a DTA between South Africa and a taxpayer’s host country means they qualify automatically for DTA relief. This is incorrect.

The truth is that each taxpayer’s facts must be assessed individually to determine if the underlying requirements of a certain provision of the DTA have been satisfied. Assumptions are particularly problematic when it comes to the residency article, as the underlying requirements are very much fact driven. Moreover, whilst DTAs are generally uniform, the residency article tends to have subtle differences across the DTAs concluded with different contracting states, making a blanket approach even more perilous.

3. No requirement to file returns

Flowing from the discussion under the previous point, taxpayers often mistakenly believe they are absolved from filing returns when they rely on the DTA. This is incorrect.

DTA relief is an exemption that must be “claimed” and, unfortunately, SARS does not allow taxpayers to make this determination unchecked and unchallenged. Same as when a taxpayer claims the exemption under section 10(1)(o)(ii) of the Income Tax Act, as a resident under South African law, you are required to file your return and to claim the relevant relief. This provides SARS with the opportunity to verify if you satisfy the requirements of the exemption. Where you do not file a return, you are making a material non-disclosure. The effect is the statute of limitations for making additional assessments does not apply, meaning SARS can re-open any historic tax period.

A potential misconception in itself is that if the DTA applies to your facts, you qualify for the relief until your circumstances change. Theoretically, this may be the case, but practically, on account of your filing obligation, the determination of the applicability of the DTA to your facts will be done annually.

Residency certificates generally state that a taxpayer is considered to be resident for purposes of tax in the host country. Certain advisors are of the belief that such a certificate means they are no longer resident in South Africa or, again, that they are automatically considered exclusively resident of the host country under the DTA. This is incorrect.

In the same vein, one must not conflate a tax residency certificate with a residency permit – this is one of the biggest missteps fly-by-night advisors make. Where you claim DTA relief on the strength of the latter, you may be in for a nasty surprise.

5. You are still liable for difference between host country and SA tax

A misunderstanding that arguably emerged in Middle Eastern countries is that when DTA relief applies, you are still liable to pay the difference in taxes in South Africa. The misconception seems to flow from a conflation of DTA principles and the claiming of tax credits. This is incorrect.

Generally, where DTA relief is claimed correctly, the taxpayer is no longer subject to tax in South Africa on employment income earned in respect of services rendered in the host country. This is not affected by the taxes, or lack thereof, payable in the host country.

Historically, before the “expat tax” was introduced, DTA relief was likely under-utilised by South African expats. Arguably, this is why there is a lack of understanding in the market of how it applies. Nevertheless, the potential relief afforded under a DTA is profound – it is possible to exempt your foreign earned employment income entirely. But this must be coupled with a word of caution – the DTA is not an elixir that guarantees absolution from South African taxation. Tax practitioners who claim DTA relief without understanding the underlying legal principles and the practical requirements do so at the peril of their own clients. 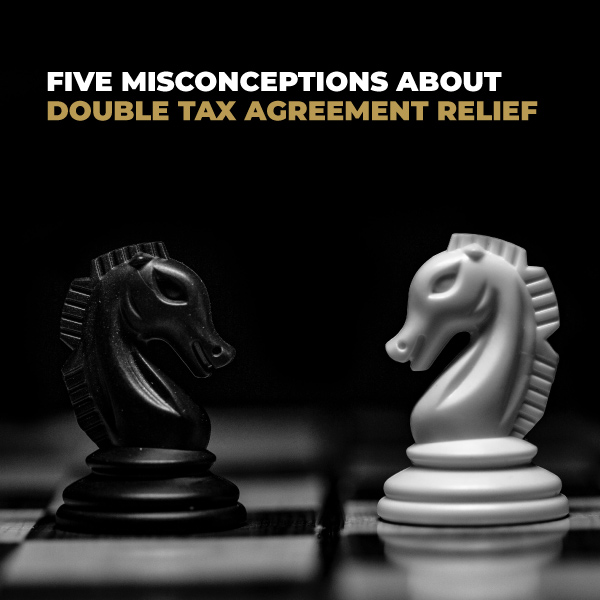 NEWS | EMERGENCY BUDGET: FEW OPTIONS AVAILABLE TO GET SA OUT OF ITS ECONOMIC...

NEWS | THE OPPORTUNITY TO GET SOME RELIEF FROM TAX DEBT DURING COVID-19
Visit the Government Portal for the latest updates on COVID-19.
+
Scroll to top