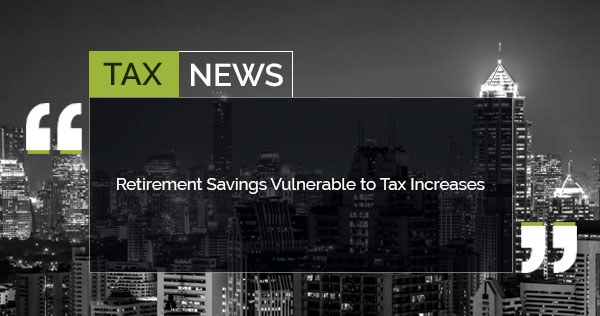 South African taxpayers now find themselves in unchartered territory with the Presidential Fiscal Committee (PFC). We all know tax increases are on its way, the question is which tax types and by how much. Although this will remain a closely kept secret, many will undoubtedly feel they should have planned better.

Taxpayers with pre-tax retirement savings may be vulnerable for two reasons.

2. National Treasury confirmed during the August 2017 Parliamentary sessions that the retirement tax reform, previously postponed, takes full effect on March 1, 2018. This means one thing – compulsory preservation on retirement funding not previously accrued. The policy direction is clear. The fiscus, arguably correct for those vulnerable to premature retirement withdrawal, does not want encashment of retirement savings. An increase in tax rate will be consistent with this policy direction, thus making the encashment decision expensive.

The difficult position for taxpayers, and their financial advisors, is not having the benefit of hindsight. While it would almost always be a bad idea to leave employment just to access retirement funding, the following options should be given careful thought:

• Preservation funds. This is previous employment retirement funding saved and not yet taxed. We have seen many South Africans withdrawing these funds and taking the tax hit. The money is then often invested offshore as part of diversification and giving currency hedge.

• Financial emigration. There are many South Africans abroad with retirement savings and investment locked-up in South Africa. The financial emigration process remains the sole formal Sars and Reserve Bank process to confirm non-residency status. Once formally emigrated, the expatriate may elect, but does not compel, the encashment of retirement annuity funds.

We have often seen the logic to rather suffer a tax now, than being vulnerable to future adjustments. Coupled with a possible future economic downgrade, the rand will probably not strengthen. These are uncertain times from a tax policy perspective and we only hope that the PFC makes good decisions for all South Africans. 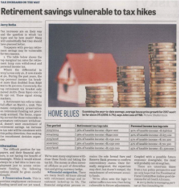 How Bitcoin earnings are still Taxable
Visit the Government Portal for the latest updates on COVID-19.
+
Scroll to top