SERIOUS JAIL-TIME ON THE CARDS FOR NON-COMPLIANT TAXPAYERS

With Government’s draft response being released in the Parliamentary Debate on 13 October 2020, non-compliant taxpayers, be it intentionally or negligently, may soon be facing some serious jail-time.

The draft response proposes a strict, no nonsense approach from the South African Revenue Service (“SARS”) when it comes to the taxpayer’s compliance, shifting the burden of proof to fall more heavily on the taxpayer than ever before.

Under the current tax regime, a key element of any offence is that it is committed “willfully and without just cause” by the taxpayer, with negligence resulting in a mere wrap on the knuckles in most instances.

The July 2020 Draft TALAB (Tax Administration Laws Amendment Bill) proposes to change this entirely, by the removal of the term “willfully” from the legislation, taking away one more line of defense to taxpayers across the country. This proposed amendment was met with fierce resistance by tax practitioners and taxpayers alike, opposing the opening of this particular can of worms.

In last week’s proceedings, National Treasury and SARS took the opportunity to shoot their shot, proposing this amendment to the Standing Committee on Finance.

Although some leniencies were permitted, the two authorities held their ground on the need for a change in law, more specifically the standards used to measure taxpayers’ behaviour, to enable easier convictions for tax related offences.

Although the proposed amendments will have no impact on the existing sanctions for non-compliance, they will widen the net for SARS to catch taxpayers off-guard, and impose these sanctions,  for what could be something as simple as a typographical error when completing a return, or any of the other 100 mistakes which may be committed due to human error, which may be viewed as negligent on the part of the taxpayer.

It must be noted that “intent” was not entirely done away with, but rather drawn in to permit more severe sanctions in this instance as these acts are borderline tax evasion, where the “intent” is to defraud SARS.

Strategically speaking, this is a bold yet brilliant move from the SARS-Treasury team, as the inclusion of “negligence”, and retaining of “intent” allows the non-compliance net to be cast wide enough to catch even the smallest fish.

The existing offences are proposed to be split into two categories, being that which requires “intent”, where the heavier burden of proof falls on SARS, and that which either “intent” or “negligence” will suffice, shifting the weight of the burden more on to the taxpayer than ever before.

The existing sanctions, including some serious jail-time and/or a financial fatality in the form of a fine, will remain unchanged, with the case-appropriate sanction being left to the discretion of either SARS (for minor offences) or the National Prosecuting Authority (“NPA”) (in the instance of more severe offences).

In order to protect yourself from SARS, it remains the best strategy that you always ensure compliance. Where you find yourself on the wrong side of SARS, there is a first mover advantage in seeking the appropriate tax advisory, ensuring the necessary steps are taken to protect both yourself and your bank balance from paying the price for what could be the smallest of mistakes. However, where things do go wrong, SARS must be engaged legally, and we generally find them utmost agreeable where a correct tax strategy is followed.

As a rule of thumb, any and all correspondence received from SARS should be immediately addressed, by a qualified tax specialist or tax attorney, which will not only serve to safeguard the taxpayer against SARS implementing collection measures, but also being specialists in their own right, the taxpayer will be correctly advised on the most appropriate solution to ensure their tax compliance. 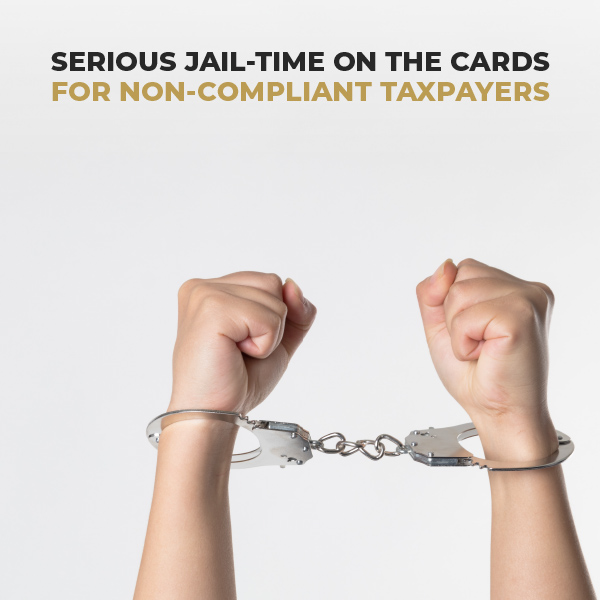 NEWS | UNDER-MANNED AND UNDER-FUNDED – IS SARS A SINKING SHIP?