Last week we were asked what Mr Edward Kieswetter’s first actions should be when he takes over the reins at SARS on 1 May. The answer for us was a no-brainer, crack down on those implicated in the State Capture Inquiry, starting with the beans spilled on Bosasa.

Maybe SARS was listening or perhaps a fortunate stroke of serendipity, but this past weekend saw a media report on SARS investigating 83 taxpayers implicated in the State Capture Inquiry, an announcement that many South Africans welcomed. However, this could also just be pre-election manoeuvres, as the Sunday Newspaper that published the aforementioned announcement, may have some moral debts owing from the Rogue Unit saga.

We should also be reminded that the Guptas have yet to be found guilty of any tax offenses, while former President Jacob Zuma has apparently not paid fringe benefit tax on Nkandla and that SARS acted quickly to confiscate documents during the start of the Bosasa scandal, but, to our knowledge, no tax offenders have been arrested to date.

But what if SARS has the resolve this time with unfettered political and National Prosecution Authority backing? In the interest of balancing the scales, here are some tips if you have not been paying your tax dues and your nerves are setting in.

Make sure your tax advisor comes with “legal professional privilege”. It is a known SARS tactic to ask for tax opinions, tax advice or other information known to your advisors or auditors. A skilled SARS auditor makes quick work on getting to the bottom of tax advice not covered by legal privilege. In our firm, it is a golden rule that an admitted attorney should always be present during all client consultations, especially where voluntary disclosure of non-compliance is involved. Legal professional privilege is explicitly recognised by the Tax Administration Act (TAA) under section 64, which must be read with section 42A and is afforded only when there is an admitted attorney or advocate as a taxpayer representative.

The abovementioned media report was perplexing, as it noted that the affected parties had not necessarily been formally notified that they are being audited by SARS under section 42 of the TAA. This means that either SARS deliberately wants to give those implicated a chance to avoid penalties or criminal prosecution; or we have an inexperienced SARS audit team; or SARS’ quoted media spokesperson gave a tactical response. This gives first mover advantage to any implicated taxpayer who has not been formally informed, as they can lodge an application for relief under the Voluntary Disclosure Programme (VDP) with SARS, which, if done correctly, will halt any SARS audits until the VDP process is concluded.

Tip #3: Do not become the SARS orange uniform example

The undeclared taxes of Bosasa, even if collected to the last penny, will be a drop in the ocean taken our overall budget deficit. If SARS wants to make up the shortfall, there are areas where they can collect so much more revenue with less effort and resources. Besides the fact that it is SARS’s job to ensure tax compliance, why are they going after these persons now? It will only be a fruitful strategy where a message of tax compliance causes reverberation through the tax base, especially to those seemingly not on the SARS system, i.e. persons who are living amongst us but never bothered to register for tax. This message will only start to carry conviction where tax offenders are prosecuted and spend time in jail, the more high profile the better, of course.

SARS is not allowed to raise a willy-nilly tax assessment, as there must be a valid prima facie case of non-compliance. This goes beyond testimony of witnesses at the State Capture Inquiry and SARS will have a definitive audit strategy, typically involving a lifestyle audit that would track bank accounts and assets, Facebook posts etc. You will be asked to justify your lifestyle and assets, including those in trust. Banks, financial institutions, Department of Home Affairs, estate agents, car dealerships, and even envious neighbours or those jealous in your friendship circle will all be crucial parts of a properly conducted tax audit.

Tip #6: Come clean if you are wrongfully implicated

Fiscal laws protect criminals from being exposed to the public, as the theory goes that they should feel safe in paying their taxes. As ridiculous as this may sound in the current South Africa, the taxpayer confidentiality provisions in the TAA contains a watertight prohibition against disclosure of taxpayer information. Where a SARS official shares this information, even in some cases internally, this comes with its own criminal sanction.

But what do you do where you are wrongfully implicated? Section 69(6) of the Tax TAA allows a taxpayer to “waive confidentiality”. If you have genuinely nothing to hide and you have shown the world on social media your lifestyle, the benefits of making your tax records public may outweigh the downside. 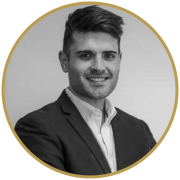 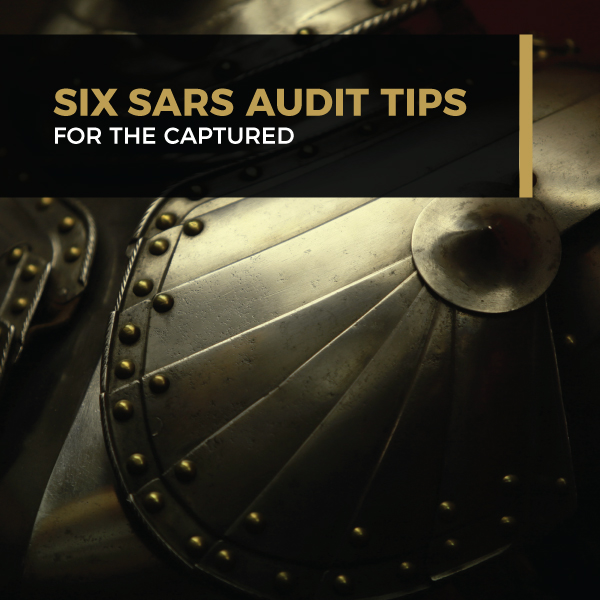